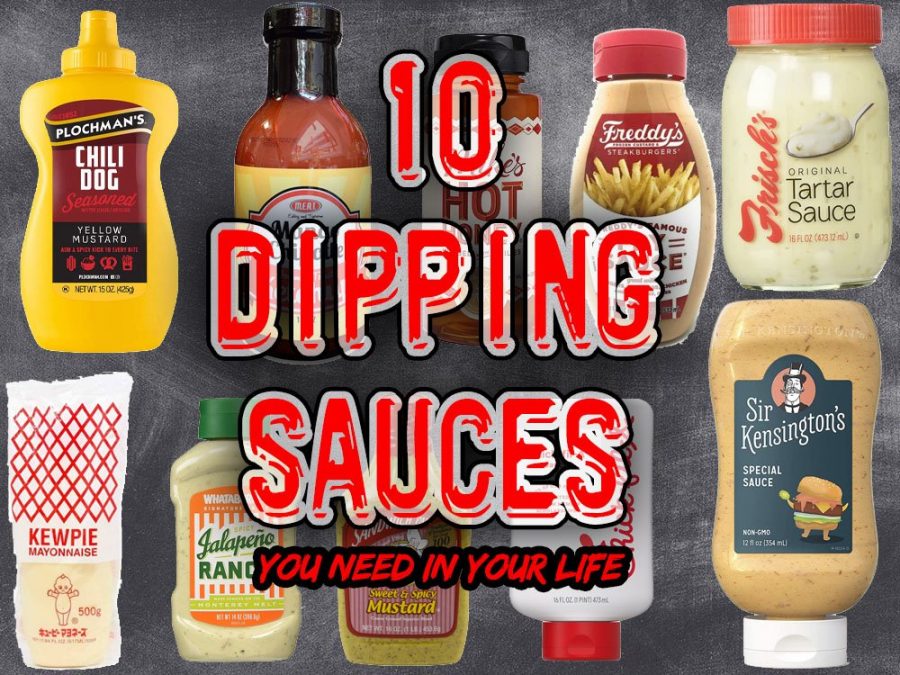 I love sauces of all kinds, in particular, the type of dipping sauces that you need in your life to survive.

Think about it, there has always been this one condiment or dipping sauce that rules you.

You always reach for it at home when you’re putting down that pile of french fries, onion rings, or even potato chips.

I’m always on a neverending search to discover sauces that are eye opening-ly great or super addictive.

Here are 10 of my favorites for your dunking pleasure.

Some of these aren’t available locally but can be found at Amazon.

The first time I ate at Freddy’s Fry Sauce I was totally enamored with their fry sauce.

Since I wouldn’t shut my trap about it my dad went up to the counter and bought me a bottle.

This Fry Sauce falls under the Keep This Away From Me OR Will Use Up The Entire Bottle category.

Don’t make my mistake, but two of them the first time.

I’m not a fan of tartar sauce, but I am a fan of Frisch’s Tartar Sauce.

How did that happen?

A visit to Frisch’s Big Boy in Cincinnati changed my mind.

Once that scrumdiddlyumptious Big Boy Double Deck Cheeseburger with its tartar sauce met my mouth, I saw a vision.

In this vision, tartar sauce was on burgers all across the land, including the Jorgey Burger Burger I sell at my pop-ups.

In short, I love it.

Kewpie Mayo is a Japanese Mayo, which means it uses just the egg yolk instead of the full egg in the recipe.

I’ve been a Hellmann’s guy my whole life.

I also don’t subscribe to the hipster doofus commentary from snobby chefs raving about Duke’s.

In my fridge, you will find Hellmann’s and Kewpie, which is 100% true.

I might even give a slight nod to the Kewpie when using it for honey mustard, maybe.

I know what you’re thinking, is this really a dipping sauce?

My answer is yes many times over; try it with chargrilled wings and live a better life than you imagined.

Ok, maybe that was a bit of exaggeration, but it is terrific.

I grew up on Plochman’s Yellow Mustard, but this upgraded Chili Dog Seasoned Yellow Mustard is where you need to be when topping dogs and pretzels.

If there were a 4oz pocket version, you can bet I’d have one on me at all times.

When making old school sliders with pickles, onion, and mustard, this fella is excellent.

I’m not a giant ketchup fan, but when I go all in drowning my fresh-cut fries, it needs to be Red Gold Ketchup.

It hits all the right ketchup notes.

When I close my eyes and think of ketchup, it’s the Red Gold flavor that comes to mind.

The same company also distributes the Huy Fong Sriracha, aka rooster sauce we all know and love.

When I was doing burger pop-ups, I liked to have Sir Kensington’s Ketchup available alongside Red Gold Ketchup, my personal favorite.

The truth is, their best-kept secret is Sir Kensington’s Special Sauce.

I mean, do I really need to explain what this sauce is supposed to taste like?

So Whataburger has a bunch of killer sauces, but there is something extra special about that Jalapeño Ranch.

This dude is perfect for smothering a buffalo sauce grilled chicken sandwich or as a chicken wings dipping sauce.

Who am I kidding?

Dip some onion rings or pizza in it too!

I discovered Sandwich Pal’s Sweet and Spicy Mustard at the Public supermarket near my house.

It was calling out to me; maybe it was the upside-down McDonald’s arches on the chef that caught my attention, who knows?

If you’re a bit on the wimpy side, this has the right amount of heat for you.

I like to slather it all over some chargrilled hot dogs and sausages.

Be Sure To Check This Out!