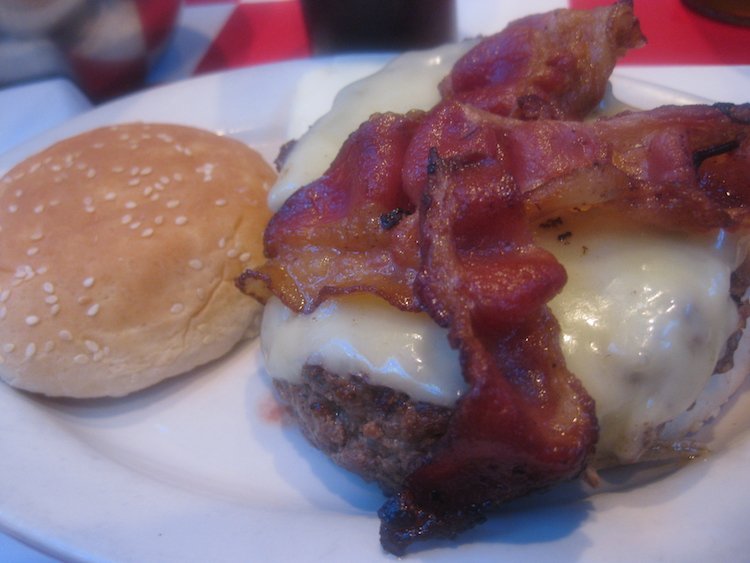 Paul’s Da Burger Joint has been located in the East Village since 1989 when it was originally called Paul’s Palace. The look of da joint can be best described as a retro diner with “a whole bunch of stuff everywhere“. 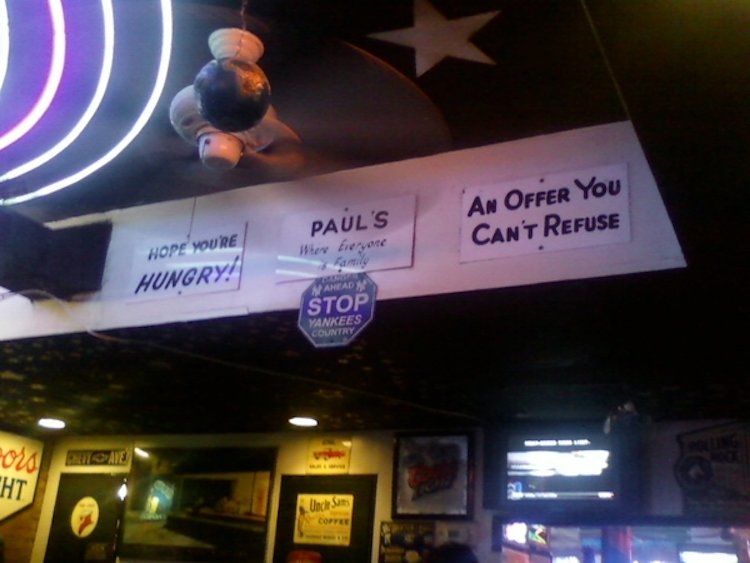 My wife Marcela decides to sit out this stop on our New York excursion but does order up some chili. The chili had beans, ground beef and was not served with any other toppings. She added some hot sauce and was good to go. After I uncover a bowl at our table filled with Pickles she also snacks on these. 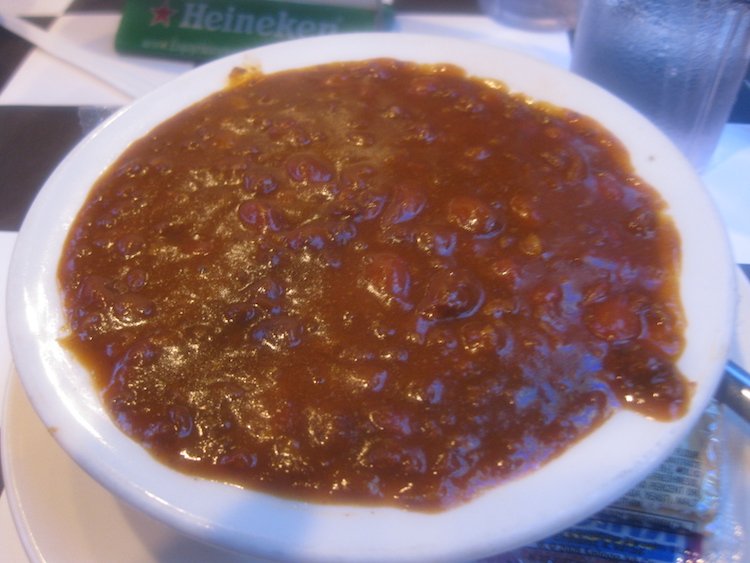 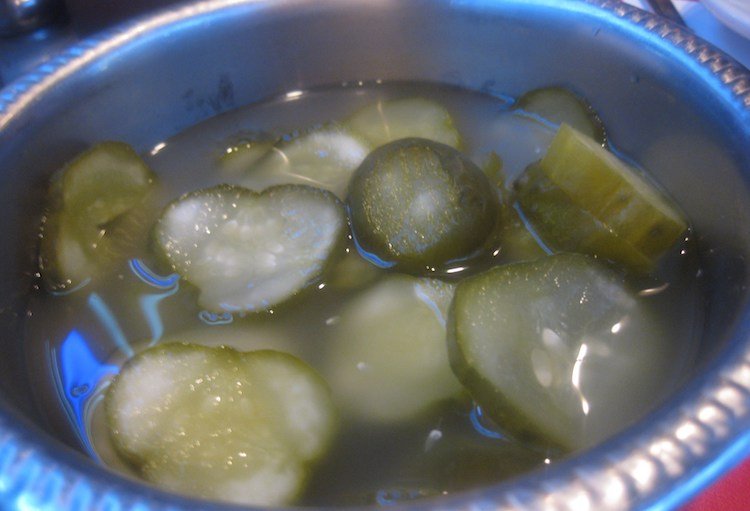 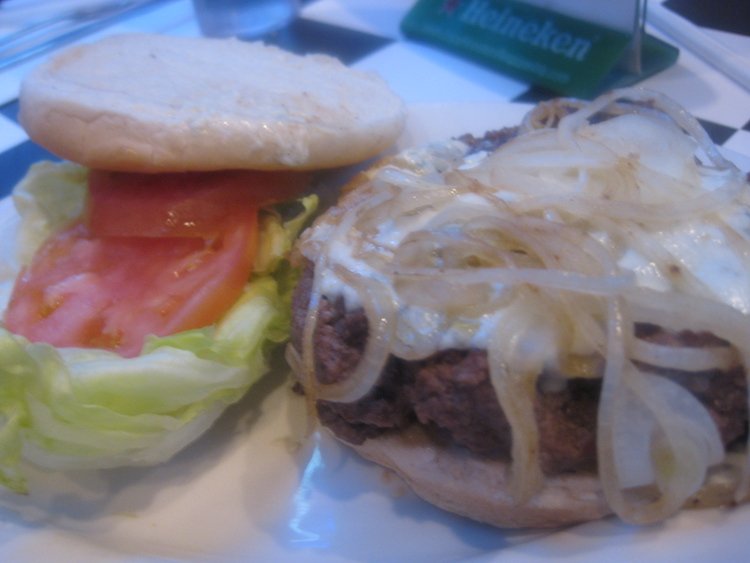 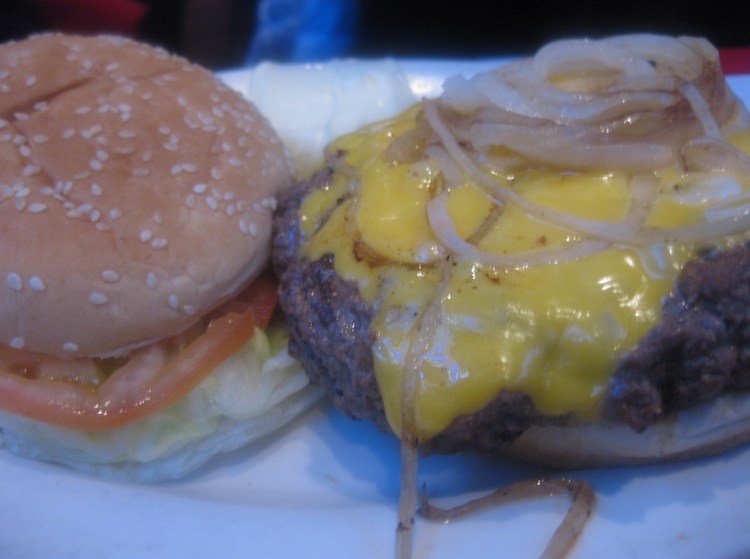 All of Paul’s burgers are cooked on a griddle. I watched with great anticipation as they melted the cheese by topping the patties with a metal dome.

When the food arrives, Carlos and Linda insist that I try their burgers before I eat mine.

The burgers were juicy and fresh (they grind their own sirloin in-house). The grilled onions with American cheese and the Swiss cheese with bacon were good combos but the Blue Cheeseburger was the best of the three. The blue cheese against the grilled onions and that beefy tasting burger combination was tough to top.

Next time I’m in the New York area, Paul’s Da Burger Joint will definitely be one of my first stops.