My old pal Janette Valentine had been doing pinup photography for a few years when we discussed working together on a calendar. This was back in the old days when I owned Oh, The Horror DVD Shoppe (my horror & cult film store). 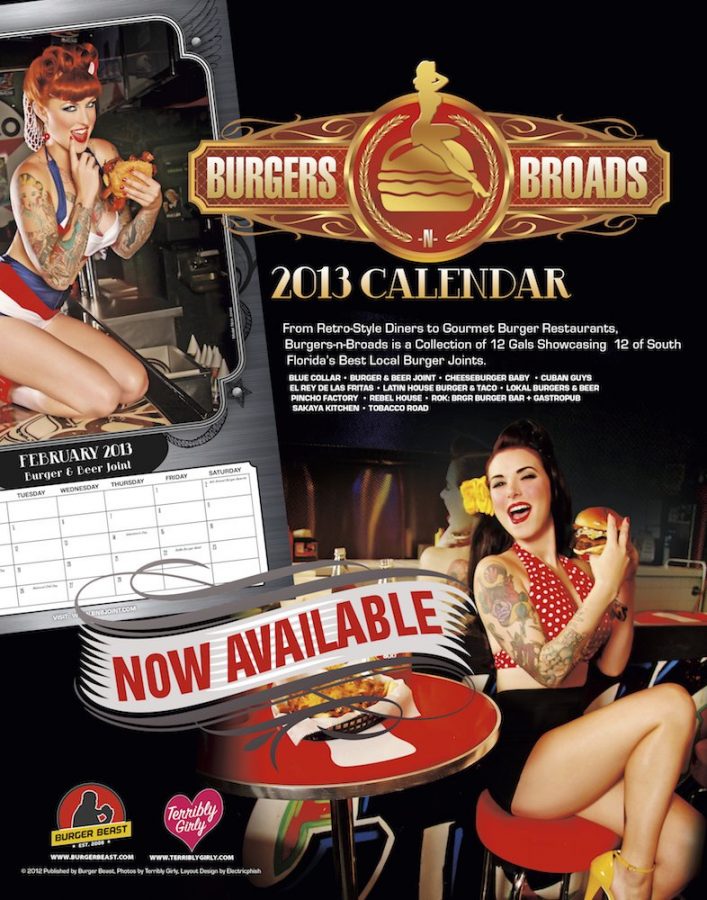 Years later, her Terribly Girly photography was in full bloom and we resumed discussions about the calendar. This time, the focus would be burgers instead of horror films. I chose 12 restaurants in 2012 that would lend themselves well to this “project” and Janette chose the models that would fill every burger lover’s burger fantasies.

So, here’s a bunch of great behind the scenes footage from the Burgers-n-Broads 2013 Calendar