Bill's Hamburger opened up in Amory, Mississippi in 1929. 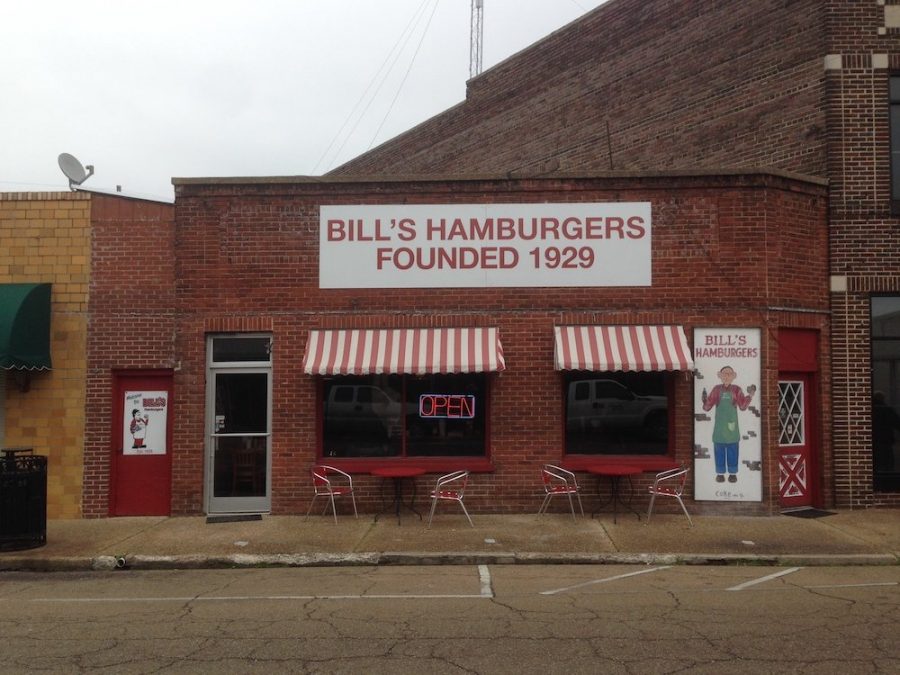 I almost didn’t end up eating at Bill’s Hamburgers in Amory, Mississippi. I had been giving updates to George Motz of Hamburger America as to my Burger whereabouts when he told me that without a doubt I needed to make the drive to Bill’s Hamburgers. It wasn’t in the cards originally but when he said it might be a once in a lifetime kinda thing then it was time to change gears.

The menu is simple and consists of burgers, fries, onions, chips, nachos (weird choice), fried pies and drinks. The burgers can be ordered ‘with’ or ‘without’ onions & mustard. American Cheese is also an option and a necessary evil.

I sat down right under the Hamburger America map and remember what George said to me as I’m placing my order, “Eat three!”. I order a hamburger ‘with’ and a cheeseburger ‘with’, all the while thinking about George’s suggestion. My friends both go straight for the double cheeseburgers ‘with’.

I ordered some of their shoestring fries but they’re left mostly untouched. Once I tasted the burger I knew I had to go the double route. By this time, the waitress comes over asking if we need anything else. We’re pretty sure she knew we were gearing up for round two. This time everyone gets a double cheeseburger ‘with’.

I’m left speechless. It really is that good. The guys order fried pies and I can’t help myself and order another double cheeseburger ‘with’. I’m not even sure I can eat it at this point.

I figure at worst I’ll take it to go but before you know it, I’ve eaten this one too! I ask for the check. I need to get out of here before I order another one.

The minute we were back in the car and on our way to Memphis, our conversation turned to the burger at Bill’s Hamburgers. We were all in agreement, it was one of the best burgers we’ve ever had.

NOTE: It was not until much later that I found out it was a Slugburger. 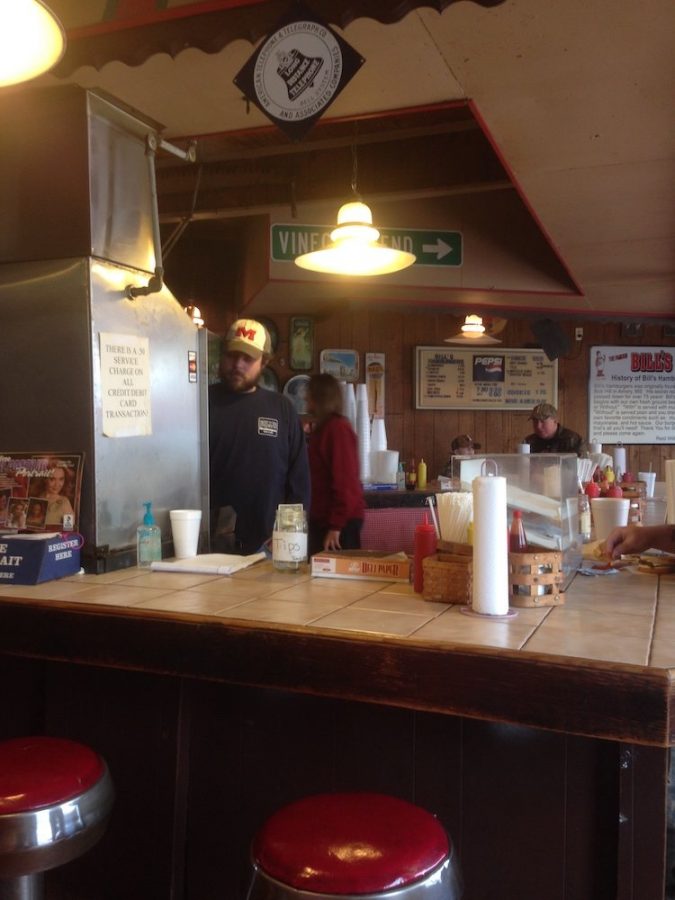 My view of the counter 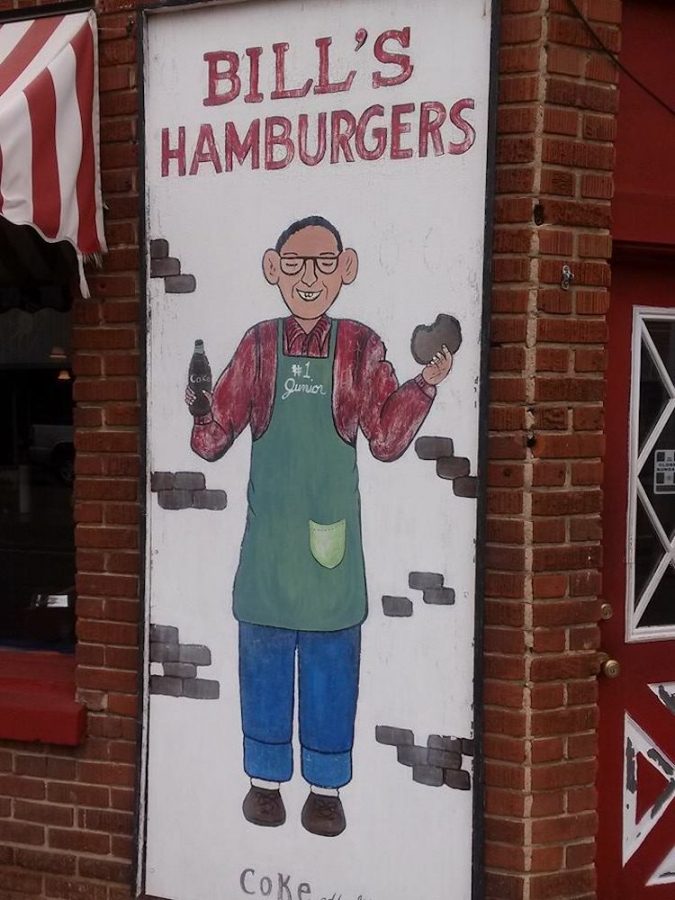 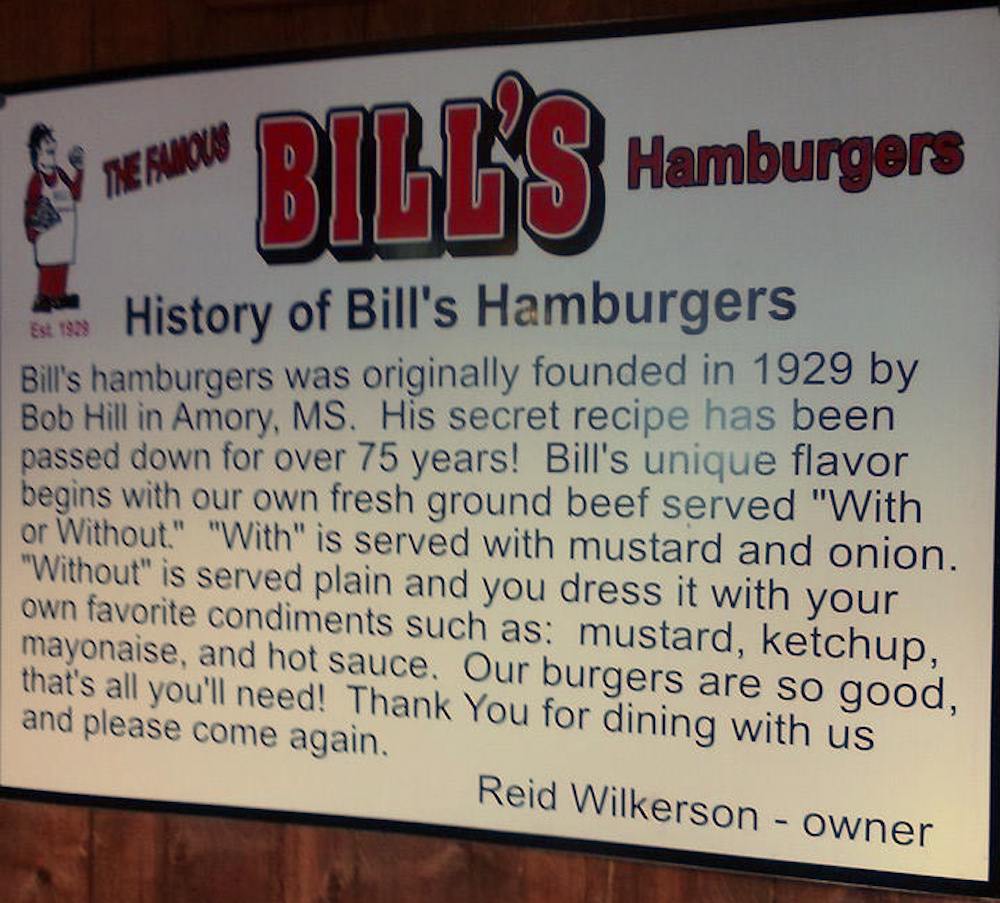 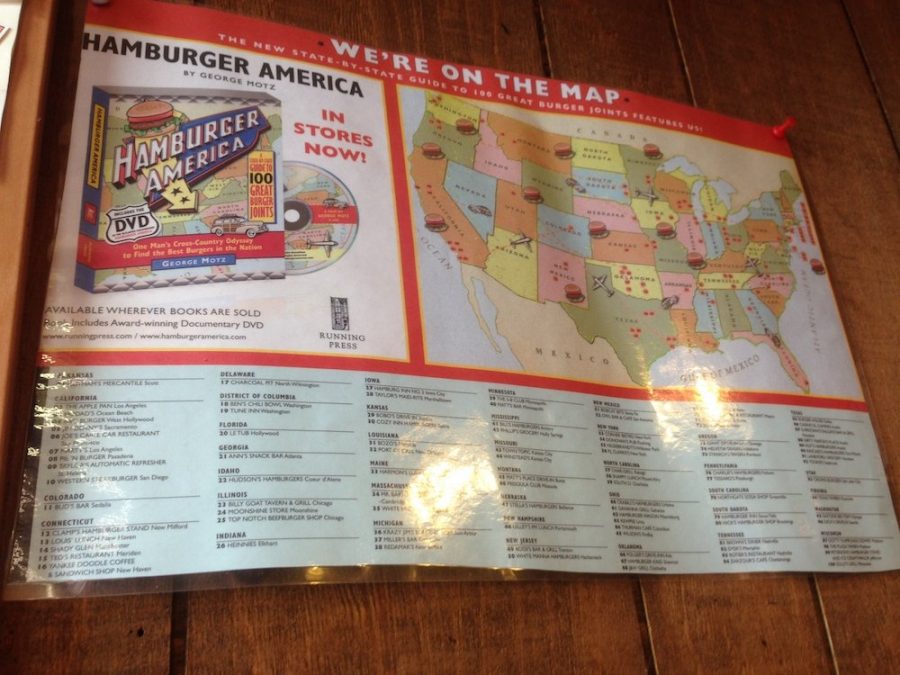 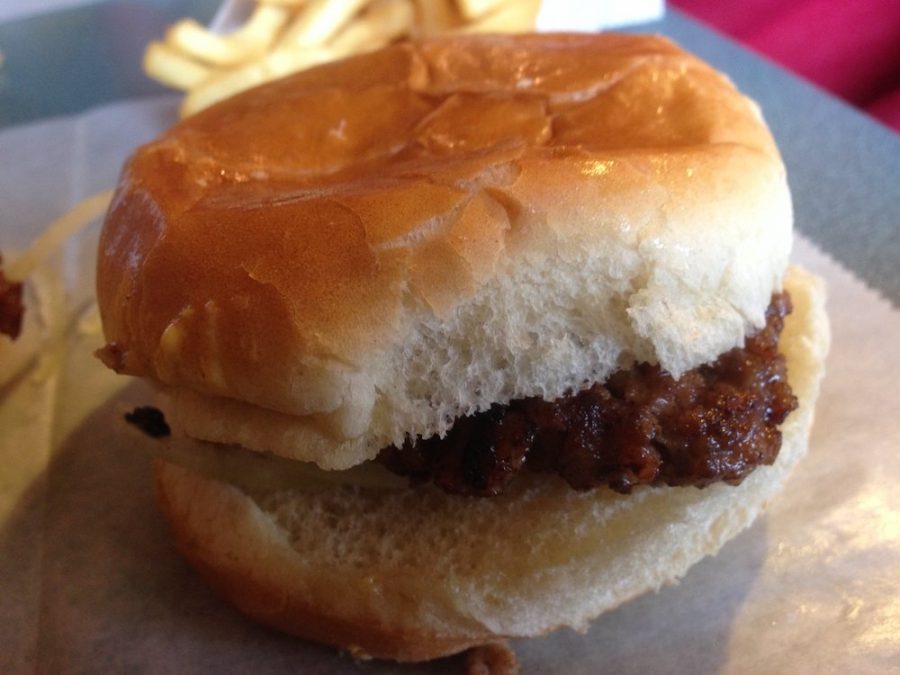 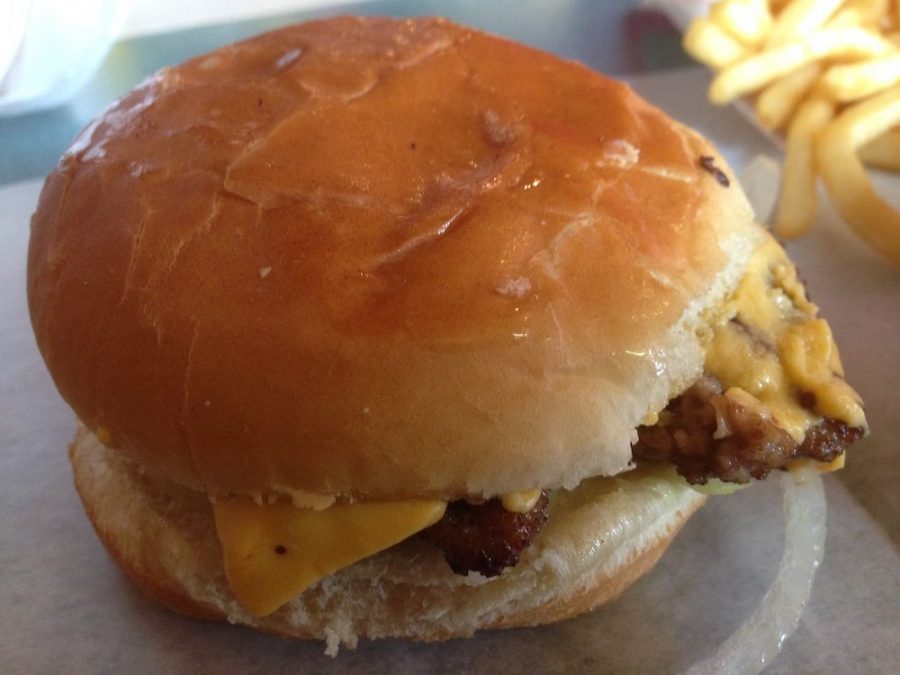 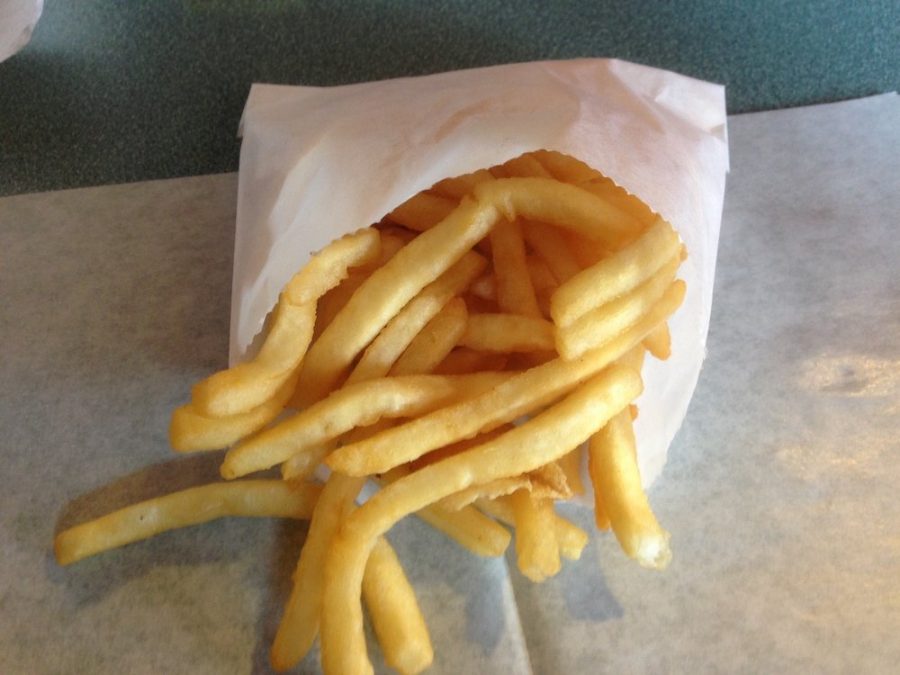 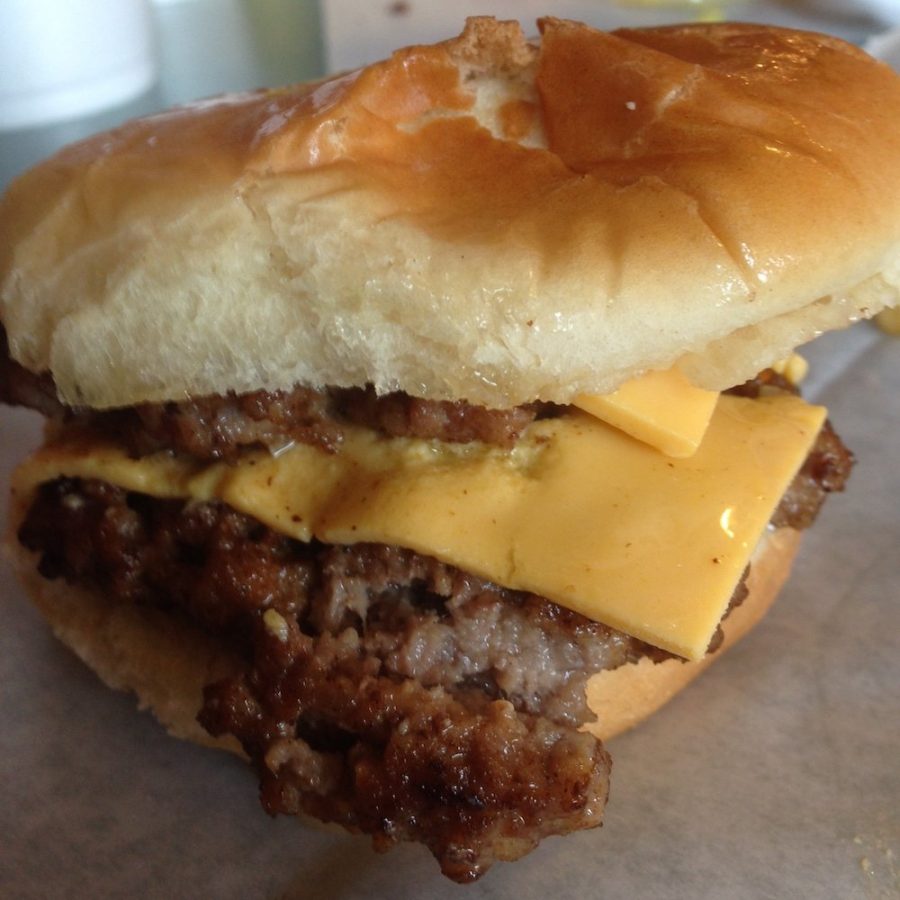 Double Cheeseburger with, Round 2 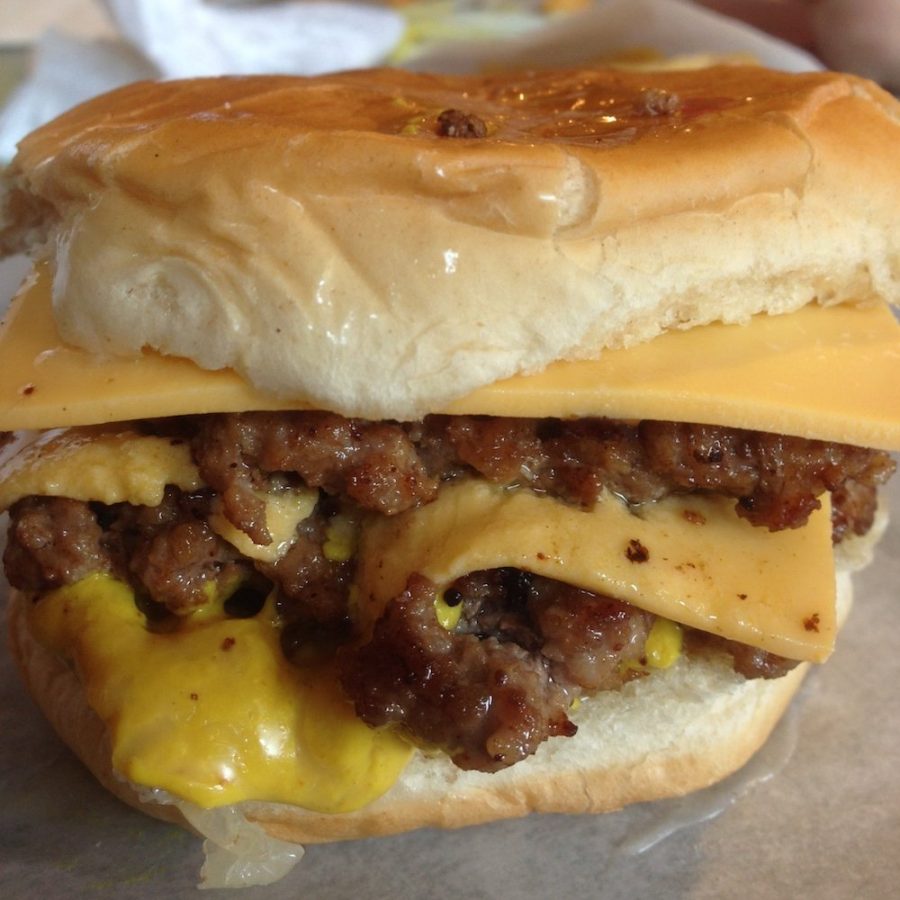 Double Cheese with, Round 3

Most Definitely Worth The Trip:

END_OF_DOCUMENT_TOKEN_TO_BE_REPLACED 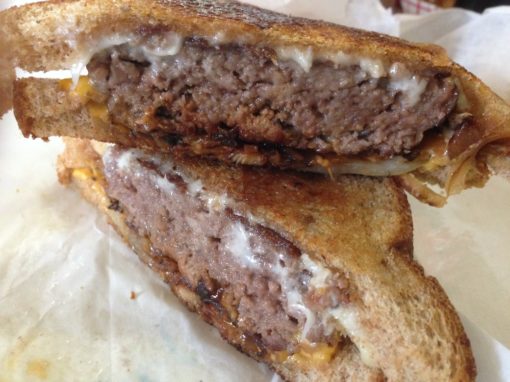 Housed in an old saloon, Phillips Grocery serves one of Mississippi’s best burgers.