Magic City Pizza had the unenviable task of opening up in the same spot where my beloved That Pizza Place on Coral Way was. What that essentially means is that I was gonna have a certain of expectation even though I know they’re not the same owners. Yes, I know….how Yelp of me.

On my first visit, I started simply with just a Pepperoni Pie and some Garlic Rolls. The Pizza, while slightly undercooked was good (the Rolls were very good) but what was missing was the Pepperoni portion of it with about an average of 3 small ones per slice, not a good start or ratio. They had just recently opened at this point and I’m well aware that sometimes it takes time to work out the kinks, learn how to use your oven and find your groove.

When I returned a few short weeks later and ordered I hoped for the best and my expectations were exceeded. The Garlic Rolls game which was already very good had been stepped up but now the Pizza was also now on point.

So, I’ve had a Slice while I wait but you gotta go for the full pie. Currently, I’m crushing on the White Pizza (Ricotta, Mozzarella, Parmesan, Olive Oil & Oregano) and you definitely can’t miss with the Pepperoni, now with larger peps.

While we’re on the topic of must-haves, add the Wings and Abuela’s Homemade Flan. Yes, there’s Flan at Magic City Pizza and it’s no joke.

What’s next for me? Well, there’s a Meatball Parmigiana and a Philly Cheese Steak on the menu with my name all over it.

What looks good to you?

END_OF_DOCUMENT_TOKEN_TO_BE_REPLACED 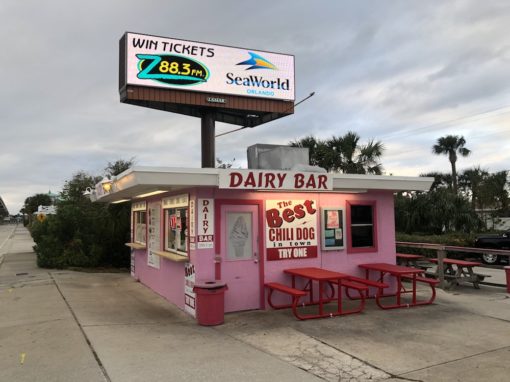