Wuv's which opened its first location in Boca Raton would go on to open in many other states around the U.S.

“A Fresh Idea in Fast Food”

Any of those sound familiar to you? Well, if you were around from 1975 through 1981 then there’s a pretty good chance you’ll remember Wuv’s Hamburgers.

Wuv’s was founded by Jack Penrod (Nikki Beach) who got his start in the restaurant industry at McDonald’s in 1961. At the age of 20, he was the grill man. Jack Penrod then worked his way up to Manager and eventually the largest franchisee of McDonald’s in South Florida. He owned a total of 16 McDonald’s.

By early 1974 Jack Penrod was making plans to open his own chain of Burger restaurants to be called Wuv’s. In May of 1975, the McDonald’s corporation purchased all of Jack’s stores and a few days later Wuv’s Inc was incorporated in Florida.

Wuv’s was known for its fresh never-frozen burgers, the toppings bar, fresh-cut fries, chili, biscuits and Wuv Juice (a Passion fruit-based drink) amongst other things.

Some of the locations featured a Purple and White building while others had the wood-paneled look below.

Crawydaddyk on the Roadfood site left a great comment about why he loved Wuv’s:

“They had great from scratch onion rings and biscuits (one of the first fast-food chains to offer biscuits with chicken most offered dinner rolls) there was one located close to Popeyes fried chicken headquarters in Jefferson Parish, Louisiana. The Popeyes execs would eat breakfast at wuv’s and got the idea for biscuits with chicken from them. the rest is history. Someone asked why the name Wuv’s. I was told that Jack Penrod the originator for the chain had bought a stuffed animal, while on a plane trip, for one of his kids and there was a tag that said I WUV YOU He liked that saying and decided to name his new chain WUVS. Their salad bar was awesome And to correct another poster, Wuvs juice was not like oj. It was made from ingredients flown in from Hawaii like passion fruit, mangos, guava, etc. If anything it was a healthy version of Hawaiian Punch. Their motto was “Fresh Never Frozen”. As you can tell I loved the chain. Also, where I lived they were not purple and white buildings they were grey stucco and cedarwood on the outside and on the inside there were plants all around a ledge close to the ceiling. I think there was a mixture of ivy and ferns plus the furniture was all wooden no plastic. Also, their breakfast was awesome nothing frozen everything made from scratch and they also used the biscuits cut in half to make strawberry shortcake with real made from scratch whipped cream. Also, while you were in the queuing line you could look into the room where they washed and cut their French Fries and where they cut and battered their onion rings. There was no doubt their stuff was “Fresh Never Frozen”

On December 23rd, 1981 the Associated Press ran a small story in the New York Times about the demise of Wuv’s entitled Wuv’s Chain Files Under Chapter 11.

In it, Jack Penrod said

“We got ourselves in a hole, and we can’t get out of it”

They had lost 1 million dollars in revenue which had led to the dismissal of 30 of its 50 office employees. At the time of their closing, there were 70 locations, 14 of which were in the Detroit area. In this 1980 commercial they mentioned 20 South Florida locations: I never ate at Wuv’s Hamburgers but it seemed like a place that would have been right up my alley.

Feel free to leave any memories you might have about Wuv’s Hamburger in the comments below.

*Penrod v. Commissioner was used to obtain some of the information used for this post.

END_OF_DOCUMENT_TOKEN_TO_BE_REPLACED 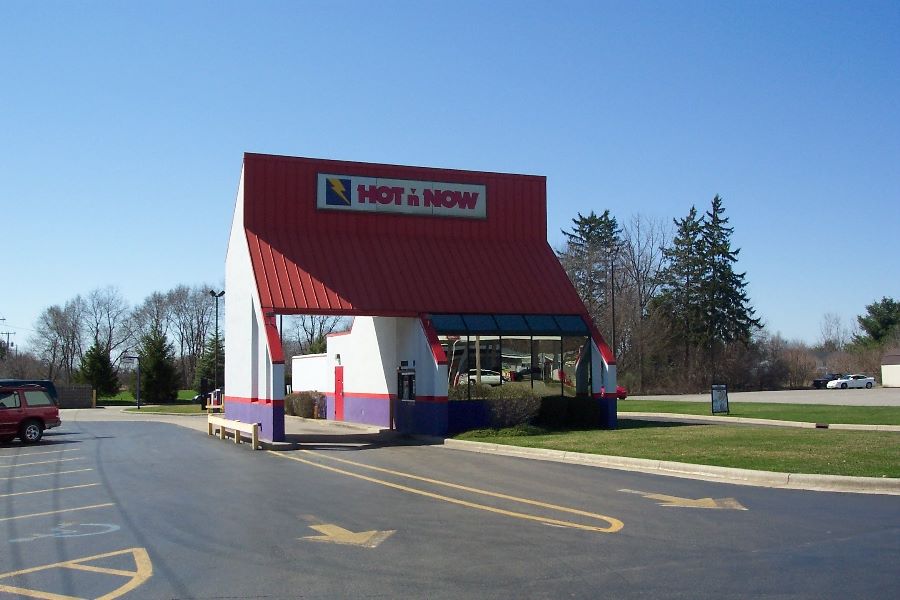 Once upon these restaurants were parts of larger chains that were either regional or spread across the United States. Unfortunately,