Back in the 1980s, if you were a kid in Miami then you would more than likely be hanging out at Pirates Family Entertainment Center.

My world wasn’t the same after December 1983, why you may be asking yourself? That’s because *Pirate’s Theme Center opened up (7090 Coral Way) just a few short miles from my home in Westchester.

Sure, there was Castle Park (later Malibu Grand Prix) right next to Midway Mall (now Mall of the Americas), Chuck E Cheese in Hialeah right on 49th next to the recently opened Toy R Us and the Mark Twain’s Riverboat Playhouse right near Don Carter’s Bowling Alley on Kendall Drive & 137th but Pirates was for us Westchester kids.

Most folks who remember Pirates called it by the name popularized by Abuelitas who brought their grandchildren there, Piratas.

Pirates was filled with the hottest arcade games of the day and a bunch of interactive games where your skill was paid in tickets that could be traded in for a whistle or some other item you just had to have when you were a kid.

Later on, they opened a second wing in the back which included if my memory serves me correct one of those ball pits and bumper boats amongst other attractions. 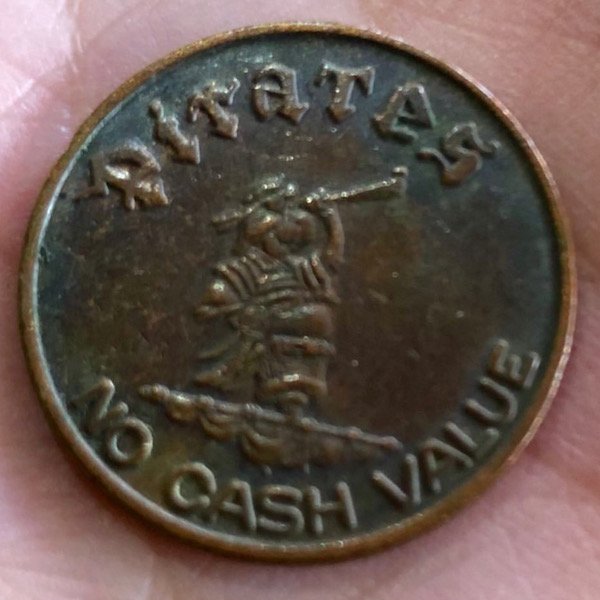 My parents brought my sister and me to Pirates regularly and we attended a handful of birthday celebrations which meant hangin’ in the theater, eating & watching the animatronics show. I do remember the Pizza being good but I was just a kid so who knows.

My most vivid memory at Pirates was my first encounter with the animated video game Dragon’s Lair. It probably holds the lifetime record for taking the largest amount of quarters from me, I was absolutely horrible at it (and it was 50 cents a game).

If you’ve got any Pirates or Pirates stories for that matter, please leave a comment. I’d love to hear them.

And if you’ve you got any pictures me love you long time.

*Prior to its incarnation as a child’s entertainment center, it was Davidson Lumber Yard, it’s now a Pollo Tropical. The story of now ShowBiz Pizza Place and Chuck E Cheese became one.

END_OF_DOCUMENT_TOKEN_TO_BE_REPLACED

And Then There Was Westchester, Florida….

If you’ve read my blog over the last 5 years for any stretch of time or followed me on Facebook,