Killer Melts originally began its life as a Miami food truck that featured grilled cheeses and burgers. There are now 2 restaurant locations. 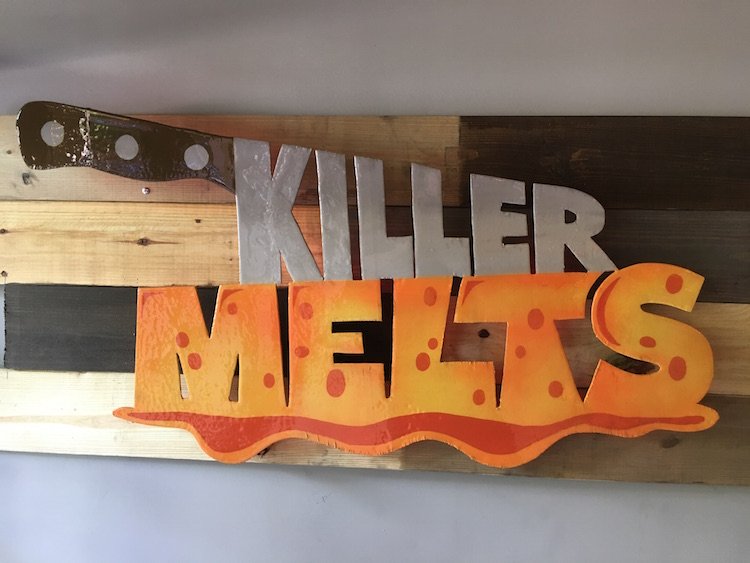 I’ve eaten my way through the entire menu since they opened and had input in the creation of a burger that was on the original menu, The Beast Burger (two 3.5 oz. Blackened Patties topped with Killer Melts blue cheese spread, bacon, caramelized onions, tomato jam on a toasted egg knot bun). I was not really a fan of that particular type of bun but people seem to love it so I’m kinda outvoted.

Gun to the head I’d say the Killer Melt is my favorite on the grilled cheese side of things with its bacon jam, caramelized onions, Muenster & Cheddar cheeses on toasted white bread.

There is no obvious choice when looking at their selection of burgers. As far as I’m concerned the American Gangster is where it’s at. It features two 3.5 oz. burger patties topped with bread & butter pickles, maple-glazed bacon, grilled onions, mayo & American cheese on a burger bun. My mouth is watering just thinking of this guy.

Don’t stop at dishes encased in bread cause the fries and in particular that Killer Mac N Cheese (with cheese sauce, ham, bacon, jalapeño, cheddar, and swiss cheeses & scallions) is phenomenal. It’s so phenomenal that when I took my first bite of it, I almost got up and went into the kitchen to slap the chef. I don’t suggest you try that food aggression though, it’s only for professionals like me.

And if you can squeeze in space for some dessert, you won’t go wrong with any of the choices but I love that house-made bread pudding. 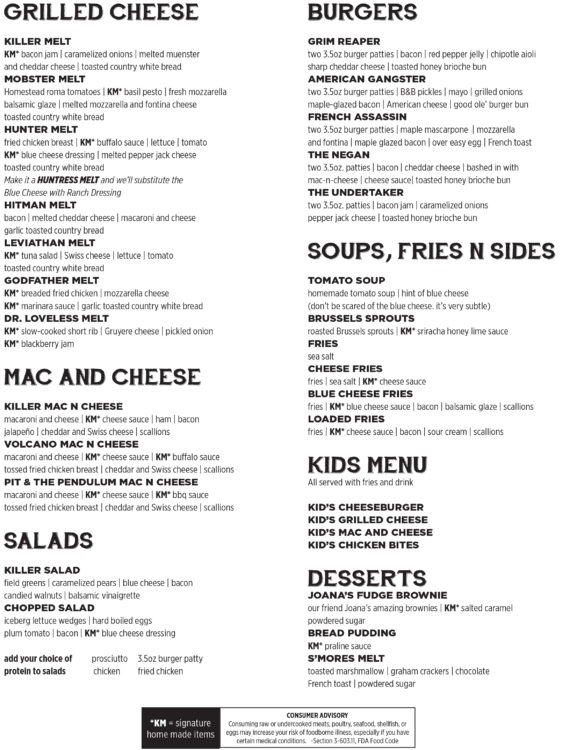 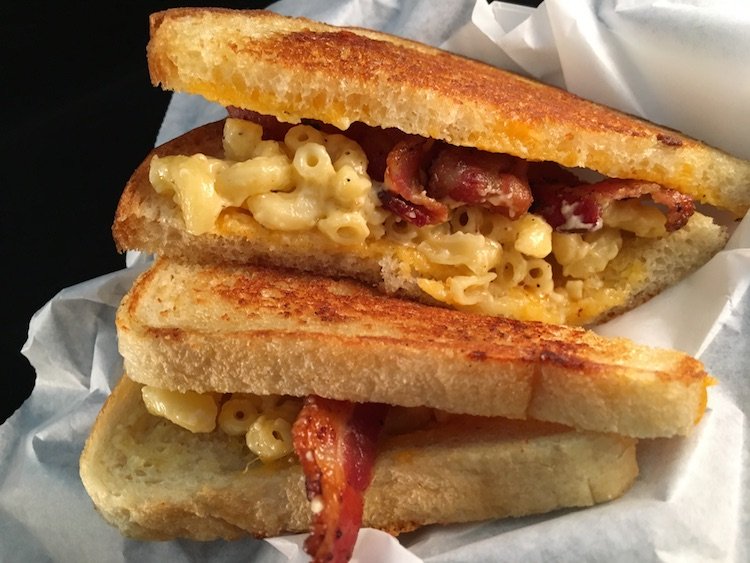 This Place Is Absolutely…You Guessed It: 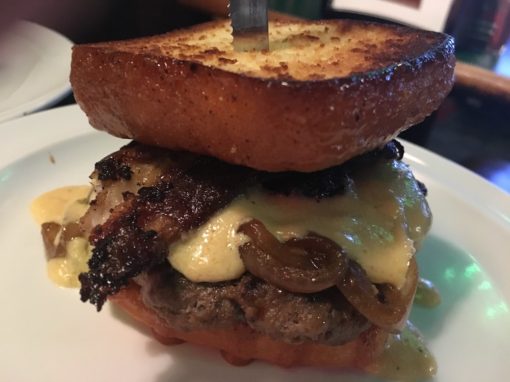 Hate Mondays Tavern is one of my favorite spots in town. I feel like I’m sitting in my cousin’s house enjoying some good ol’ bbq.