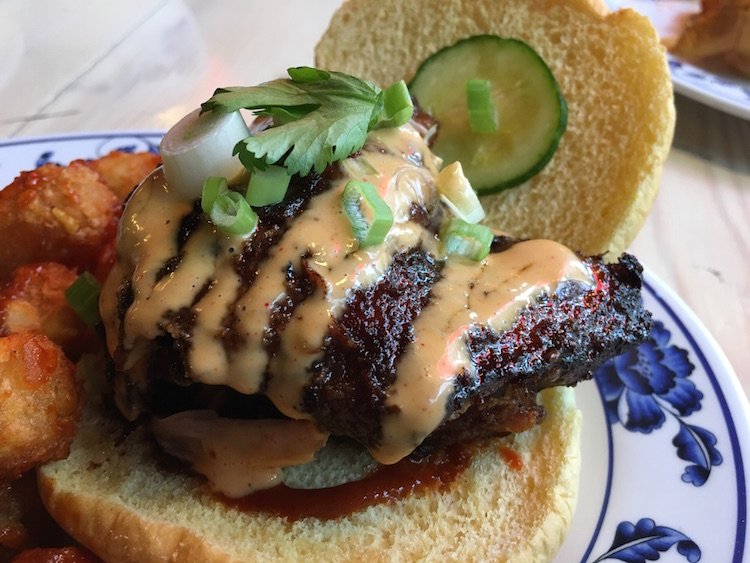 It’s very easy to take something for granted. It’s been 7 years since I first stepped foot inside of Sakaya Kitchen at Midtown. Back then, Midtown was not what it is today, filled with skinny jeans and guys that should have had their asses whipped in high school. Chef Richard Hales took a chance on opening right next door to at that one point one of the only five guys in South Florida in a former seafood spot.

I remember reading about Sakaya Kitchen and thinking it wasn’t my thing til someone posted a picture of their burger online. On my first visit I was just floored by everything I tried and wrote about it on this very blog.

I had originally suggested that maybe the Bulgogi Burger needed to be a double and on my next visit I met Chef Hales. I ordered a single Bulgogi Burger and received a Double which he later named “The Burger Beast” after yours truly. This was right around the time of the ever growing food truck explosion that happened in South Florida and his truck Dim Ssam a Gogo debuted at the very 1st South Florida truck rally curated by me. On the truck he created a couple of dishes (Chunk’d Tots and the K-Dog) which are now on the permanent menu at the restaurant.

He then went on to open BlackBrick (which is right across from Sakaya Kitchen) and most recently, Bird & Bone on South Beach. Both of which you should definitely check out.

Why did I start all this with taking something for granted? It had been years since I had sat down and enjoyed a meal at Sakaya Kitchen. I brought my bud Alfred with me who had never been and he was just floored just like I was 7 years ago. It was then that I really realized how special Sakaya Kitchen is. There’s nothing else like it in Miami.

I’ll go ahead and be the first one to call it a landmark restaurant in the history of Miami cuisine. Sakaya Kitchen is the main pillar around which Midtown’s restaurant scene was built. Dim Ssam a Gogo is one of the food trucks who gave credibility to the Miami food truck scene and all these years later why it is an iconic Miami restaurant.

If you haven’t been, shame on you. Luckily, there’s a quick fix. Let me know how it goes.