While Henry's Hamburger chain opened up in 1954, this particular location in Benton Harbor, Michigan has been feeding locals since 1959. 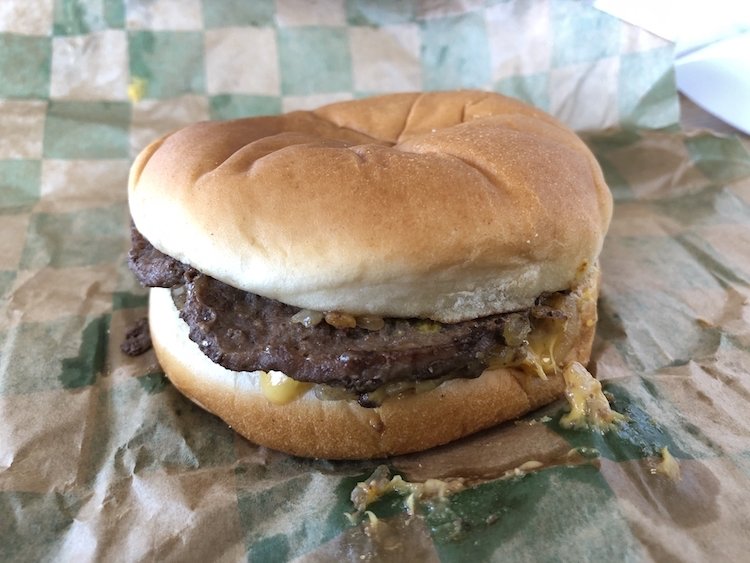 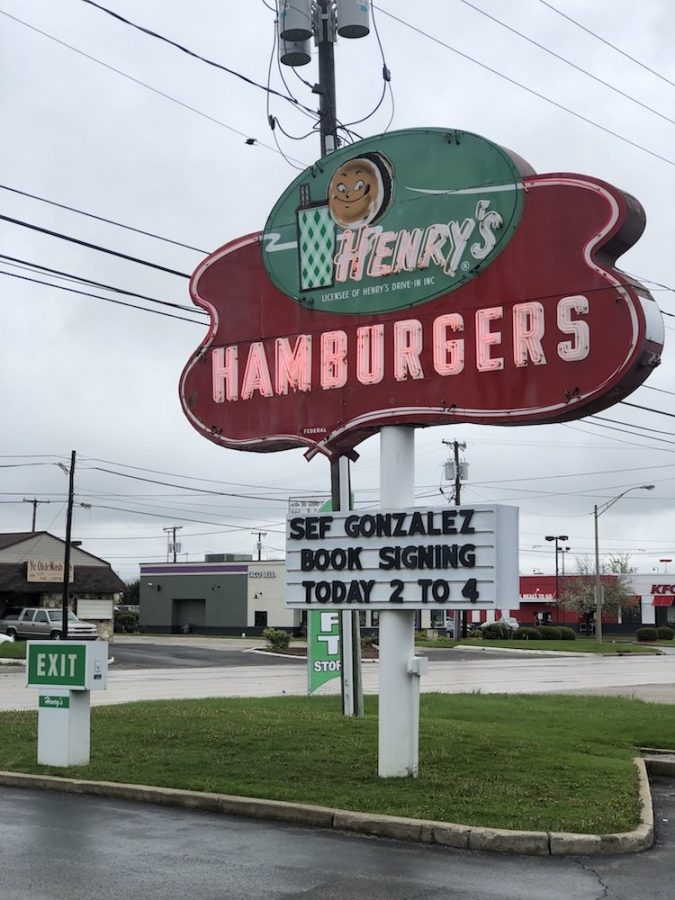 My wife Marcela and I left had just left Powers Hamburgers in Fort Wayne, Indiana, with the next stop on my All About The Burger book signing tour being Henry’s Hamburgers in Benton Harbor, Michigan.  Now, I’ve only seen Henry’s Hamburgers in pictures, so my excitement level is rising as we approach. I’m then humbled when I see the bottom half of the sign, which generally has specials etc. says “Sef Gonzalez Book Signing Today 2 to 4“. Wow, shoutout to Henry’s Hamburgers for that.

Henry’s had a couple of hundred restaurants at its peak in the early 1960s (including a one in my hometown of Westchester, Florida, and another in Hialeah, Florida) when fast-food restaurants were spreading like wildfire. This one in Benton Harbor is the last of its kind. Bresler’s Ice Cream Company founded Henry’s Hamburgers in 1954, and this particular location opened up shop in April of 1959. Dave Slavicek and a business partner purchased it in 1983, and he became the full owner in 2006. Dave, along with his son Mark Slavicek who runs the day to day operations of Henry’s are hamburger heroes who have kept this landmark chugging along.

I had been dreaming about walking into Henry’s and ordering a Double Cheeseburger for what seems like forever.

This is not the original Henry’s structure. Heck, they only starting doing drive-thru in 1988 after having carryout service only until then. BUT, it was surreal to be standing in there and placing an order at the counter. I love the look of this burger joint.

I had some time before the signing started, so I took a seat and was able to enjoy my Double Cheeseburger as I spoke to Mark about Henry’s Hamburgers. I was mid-Apple Turnover when he brought out the original operating manual for Henry’s Hamburgers. I was speechless. My first thought was to take it, run out the door, jump in my car, and drive back to Miami with it. After coming to my senses, I  became immersed in it; then, Dave Slavicek showed up. We all had a great talk about Henry’s and hamburgers in general. What a great day to be a hamburger fan that was for me. 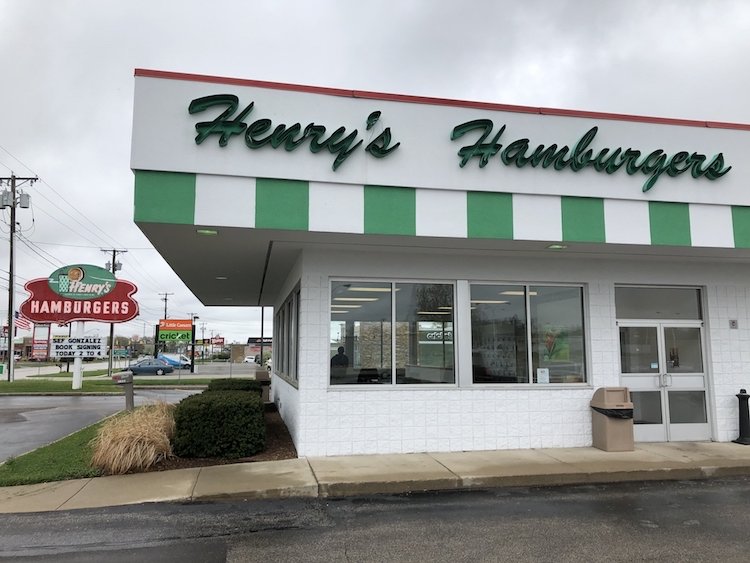 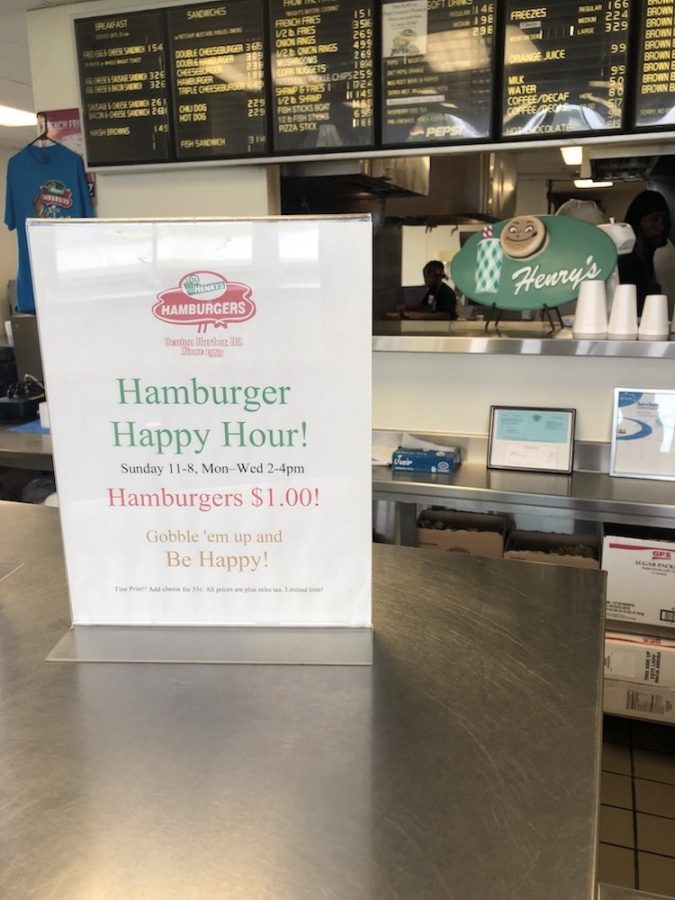 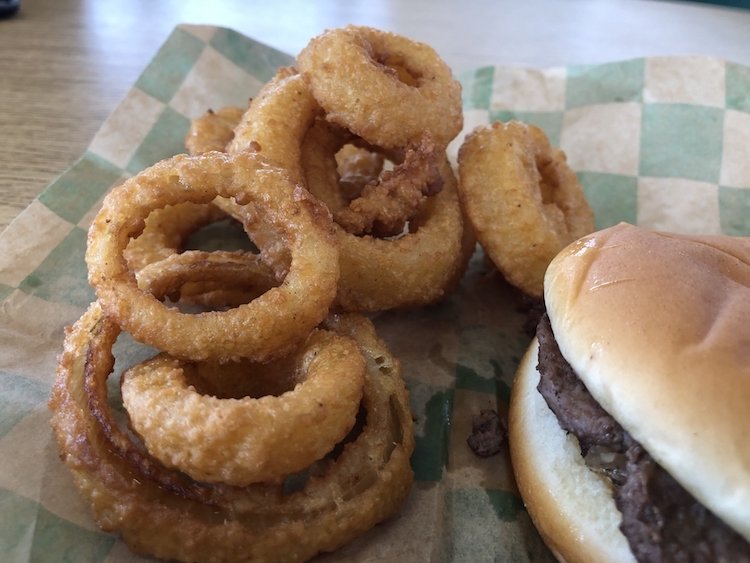 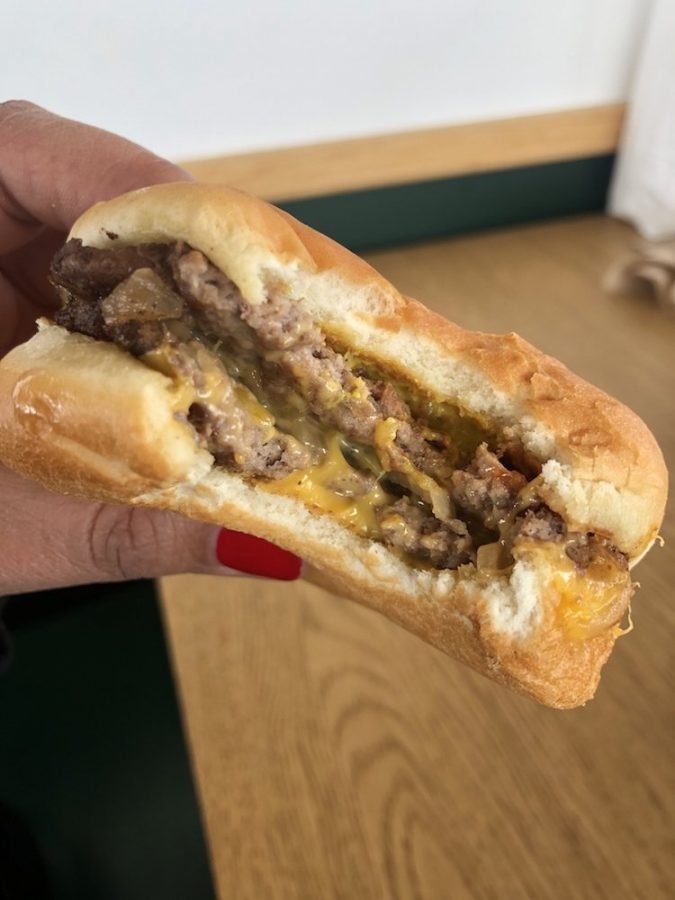 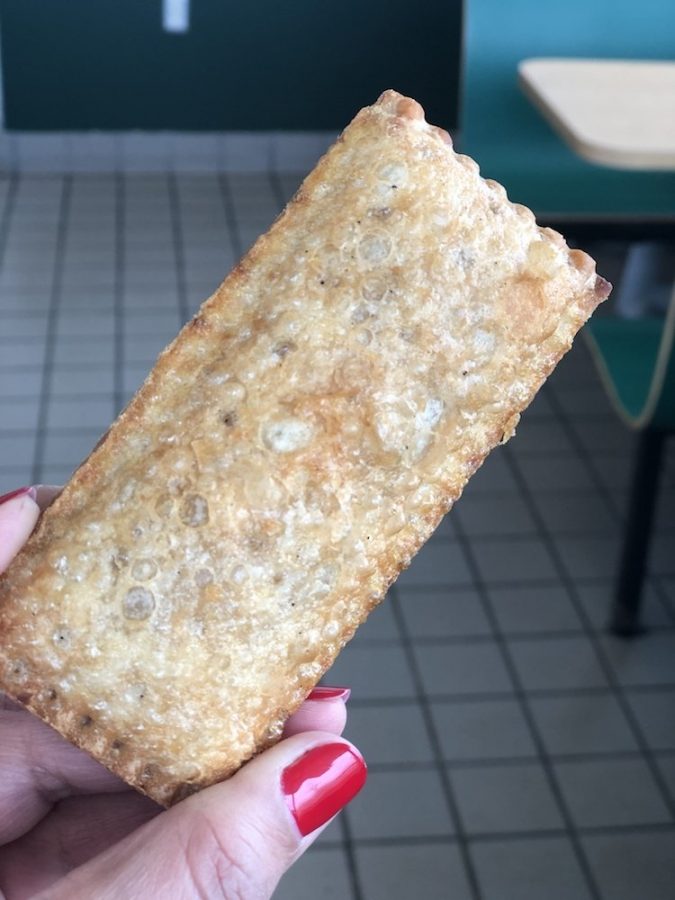 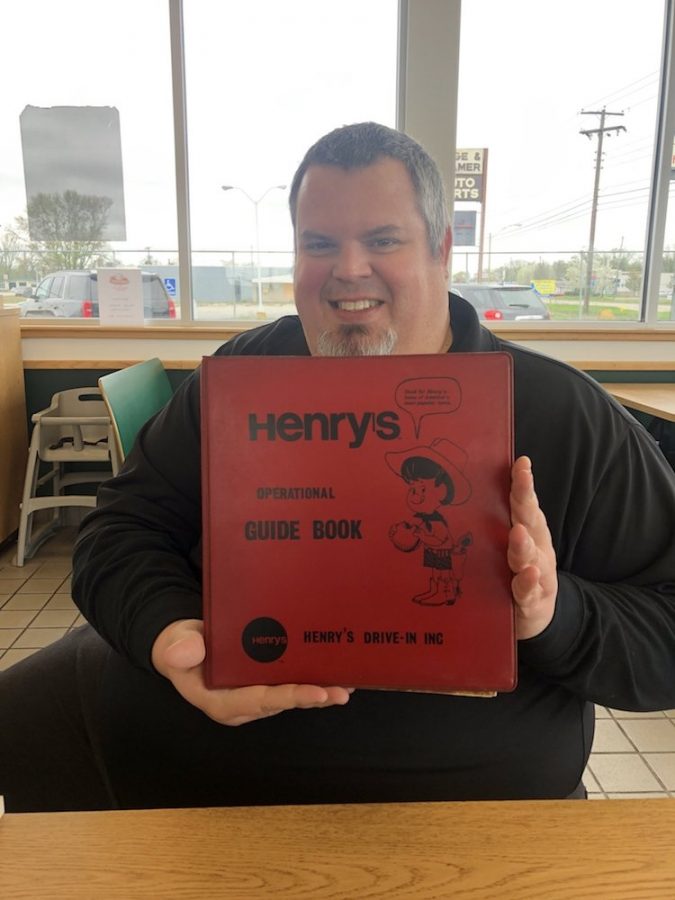 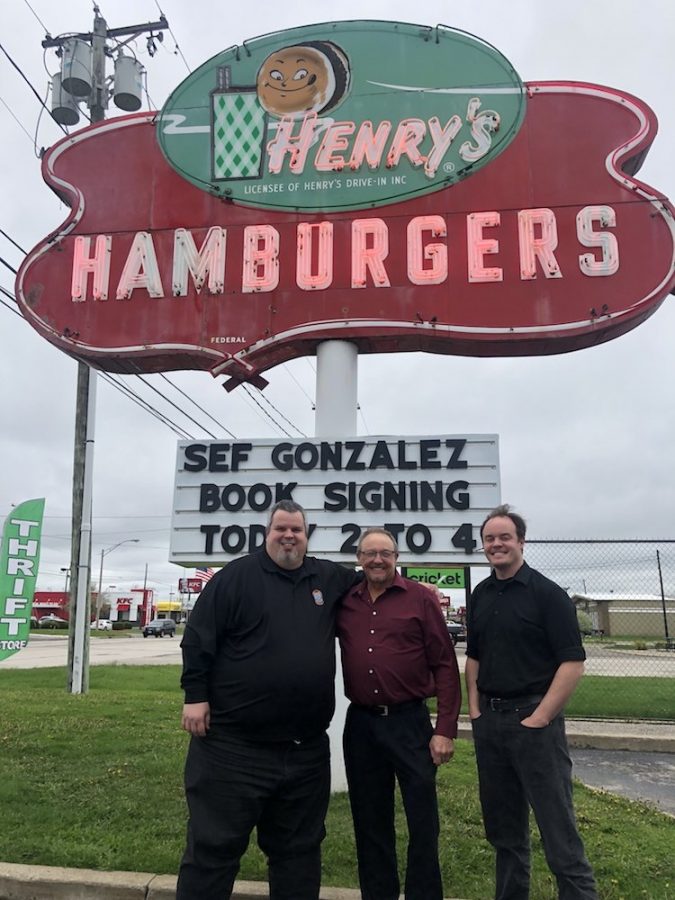 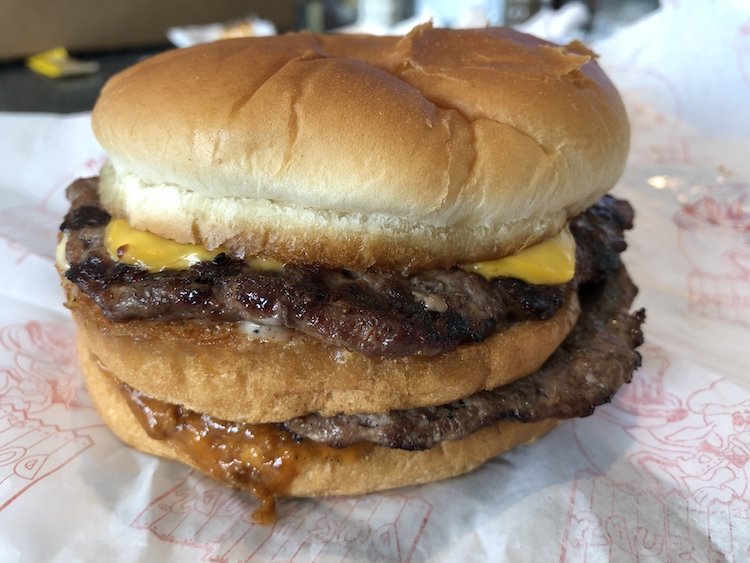 A few years back I became friends with David Hosticka online. David owns the Dog ‘n Suds locations in Montague

END_OF_DOCUMENT_TOKEN_TO_BE_REPLACED 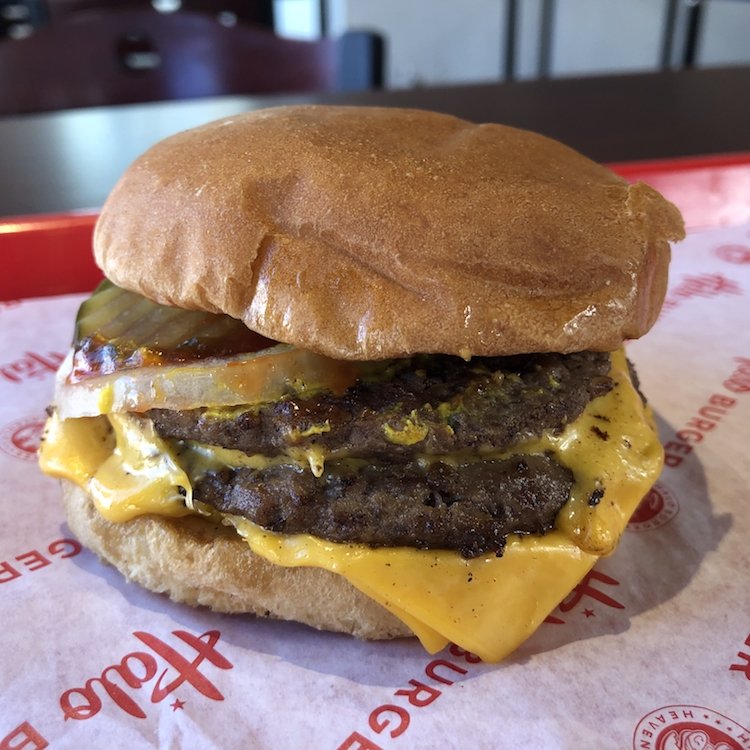 Halo Burger is a burger chain located in and around Flint, Michigan. It began its life as the Kewpee Hotel