NFA Burger out of Georgia is one of the best burgers in the state. 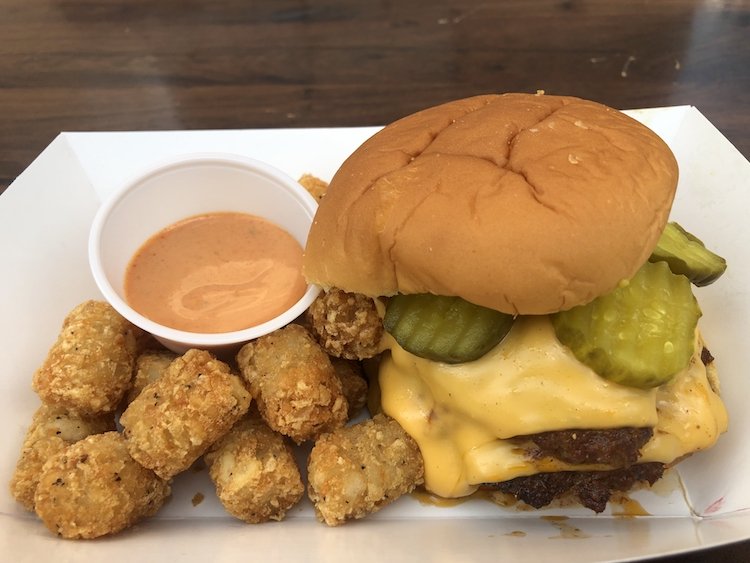 I met Billy Kramer about 4 years ago when he came down to Miami for the South Beach Wine & Food Festival. He was solely writing about burgers under the name @BillysBurgers on Instagram at the time. We hit it off instantly. I find that people who have a burger obsession tend to get along really well and behave as if they were long lost friends or in this case, burger brothers.

I was in the process of putting together the physical location for my Burger Museum in early 2016 when Billy made mention of an old Coca Cola machine that his Mom had given to his father as a gift well over thirty years ago. She would actually have the Coca Cola company deliver Coke bottles to keep the machine well-stocked for the family to enjoy. I’m a giant Coca Cola fan and I absolutely loved the story. 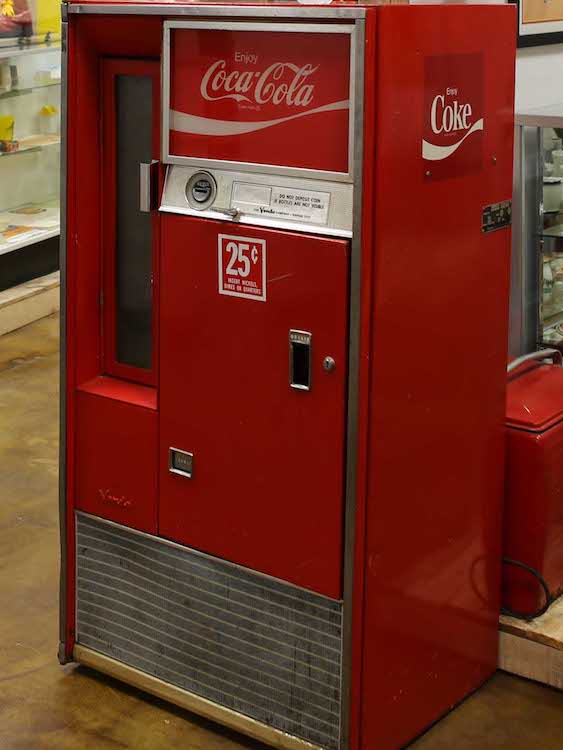 Billy donated the Coke machine to my museum. Both of his parents had passed and he felt that they would have loved the idea of it finding a permanent home where it could be appreciated. I was and am still speechless about this gesture. Billy, thanks for thinking enough of me to take care of a piece from your family’s history. 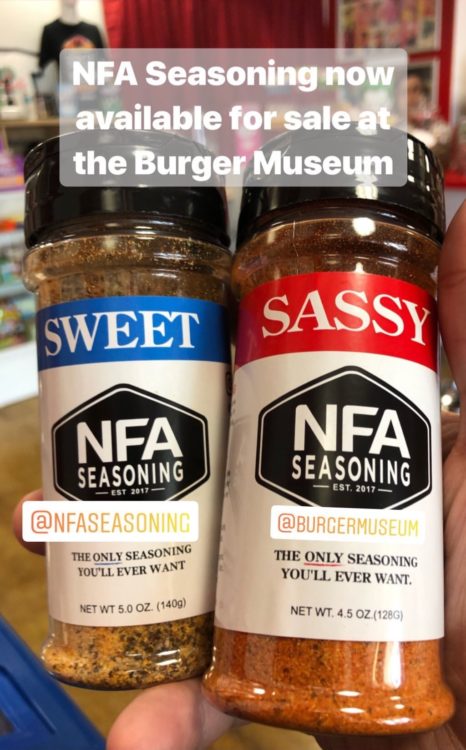 I was visiting Billy’s hometown Atlanta, Georgia when he gave me some of his new seasonings to try. It was so good. It wasn’t a one and done kinda seasoning. Yes, you can season your proteins and homemade burgers in particular but it’s equally great on french fries or even popcorn. There are two versions and I prefer the “Sassy” version with its deeper flavor profile.

Next thing I knew Billy was doing pop-ups in late 2018 where he was making burgers under the NFA Burger banner. He’s picked up a few great wins at competitions including Atlanta Food Wars People’s Choice Burger, World Food Championships Top 10 Signature Burger and the Taste of Chamblee’s Best Burger.

I invited him to participate at my event Hamburger House Party in April of 2019. I was finally able to get my hands on one of his delectable burgers. It did not disappoint. I ate and enjoyed that burger like it was my late meal on earth. He definitely nailed it. 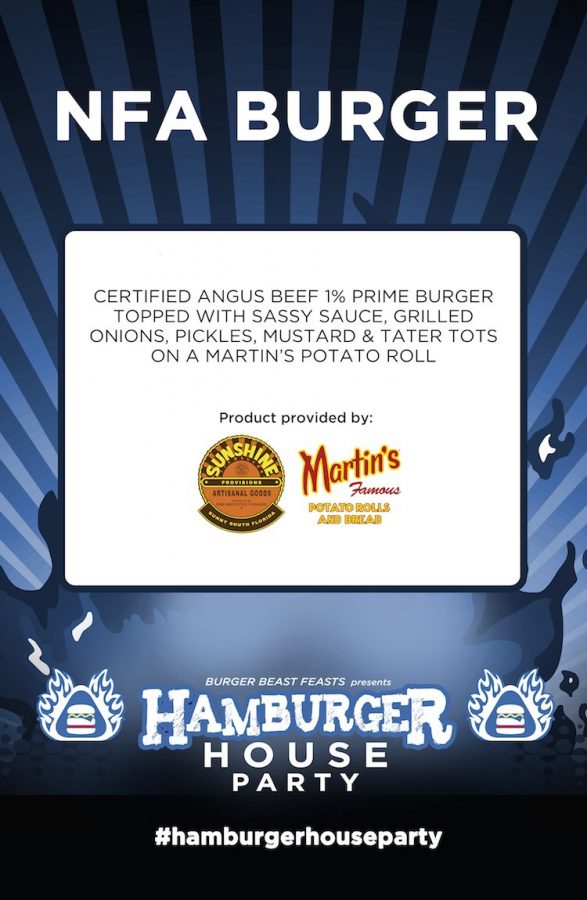 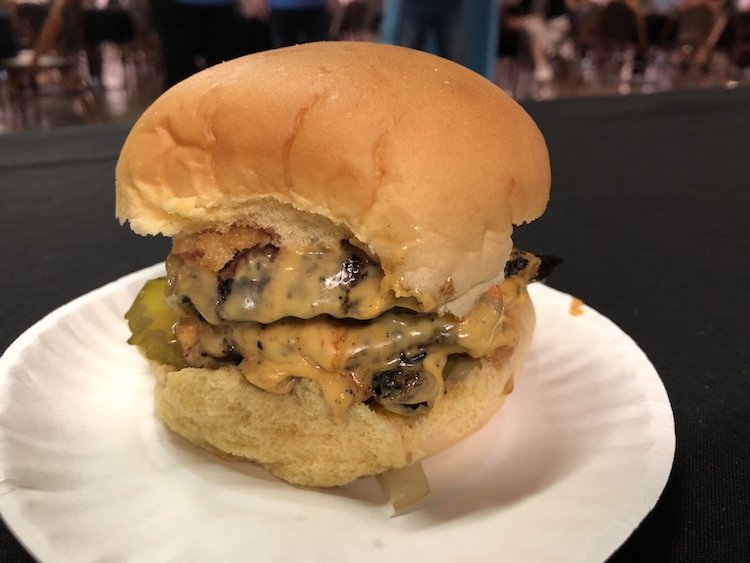 On the last couple of days for my book signing tour, we were driving through Atlanta. Billy and I had been wanting to collaborate on an event of some type-together. He was doing one of his NFA Burger pop-ups at Big Sky Buckhead on my final night in Atlanta. He suggested we morph it into a pop-up slash book signing thingamajig, so we did.

On the menu was the Billy’s Burgers Classic (Smashed double-stack cheeseburger with American cheese, pickles, and mustard on a Martin’s Potato Roll) with seasoned Tater Tots with Sassy dipping sauce. I was able to enjoy one during the book signing and then another one later with some of those tasty tots and Sassy sauce, just as good as I remembered it.

@Droolius and @Burger_MD talking Burgers, what else is there to discuss? 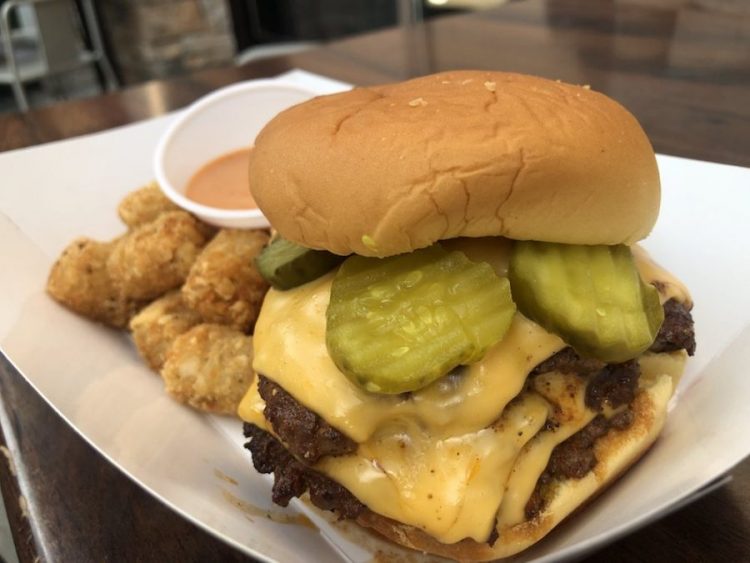 If Billy is doing one of his NFA Burger pop-ups then you better make sure that you’re there supporting. In the court of Burger Beast, it’s a crime punishable by banishment from the burger community.

P.S.: NFA is an acronym for “No Fooling Around”.

UPDATE: NFA Burger is no longer doing pop-ups. They have a brick and mortar location in Dunwoody, Georgia.

Eat a Burger from Mr. Kramer: