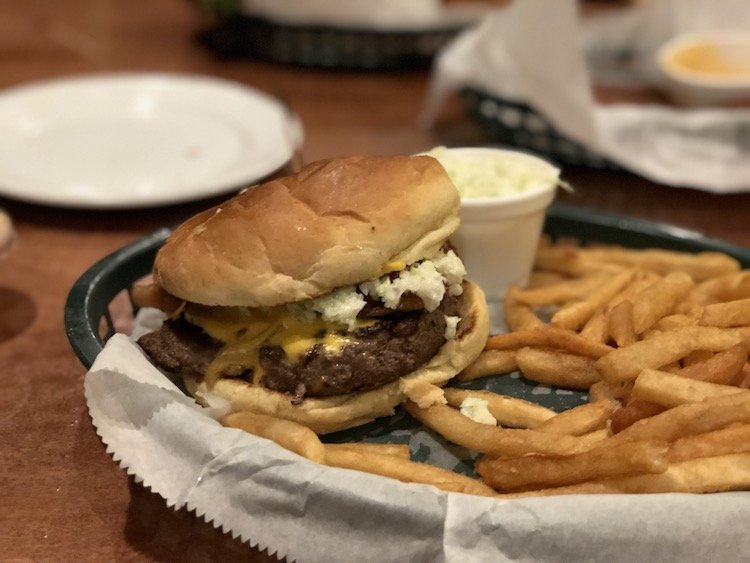 What better way to bond with a fellow George Motz fan than visiting one of the burger restaurants in Hamburger America?

I was in Ohio for my All About the Burger book signings at Kewpee Hamburgers and White Castle. My wife and I had spent most of the day driving around and hitting up antique shops looking for items for my Burger Museum. We had stopped in for lunch at Swensons Drive-In which we thoroughly enjoyed. She was tired and decided to sit out dinner.

Titus who you should follow on Instagram under @ChiBBQKing and I agree to meet up for dinner at Gahanna Grill. As I mentioned earlier he and I are big proponents of the George Motz-lifestyle aka burger aficionados.

I arrived a little early like I normally do and I’m mid cold brewski when sir Titus gets to the Gahanna Grill. The signature burger at Gahanna Grill is the “Beanie” Burger. This fella is a 1/2 lb. Bacon Cheeseburger topped with sautéed onions & Beanie’s homemade slaw. There is also a Double “Beanie” Burger for those of you with great metabolisms. We both settle for the original.

If you’re into the steakhouse and/or Irish pub big beefy burgers then this guy is right up your alley. The slaw is what makes it stand out amongst its burger peers. I’m more of a slaw on my dogs kinda guy though. There’s an Academy Burger (named after Columbus Academy) on the menu with Swiss cheese with bacon and grilled onions which also sounds pretty good for those of you anti-slaw peeps.

Still stuck in the Man v. Food 2009-era? Then conquering the Beanie Burger Challenge will score you a souvenir t-shirt and placement on their Wall of Fame. Me, I’d rather stick with the original “Beanie” Burger and live to be hungry again in a few hours. 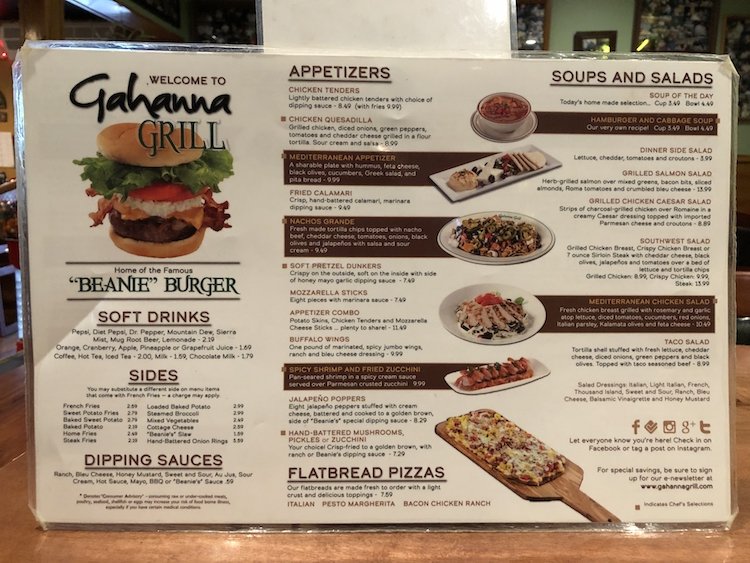 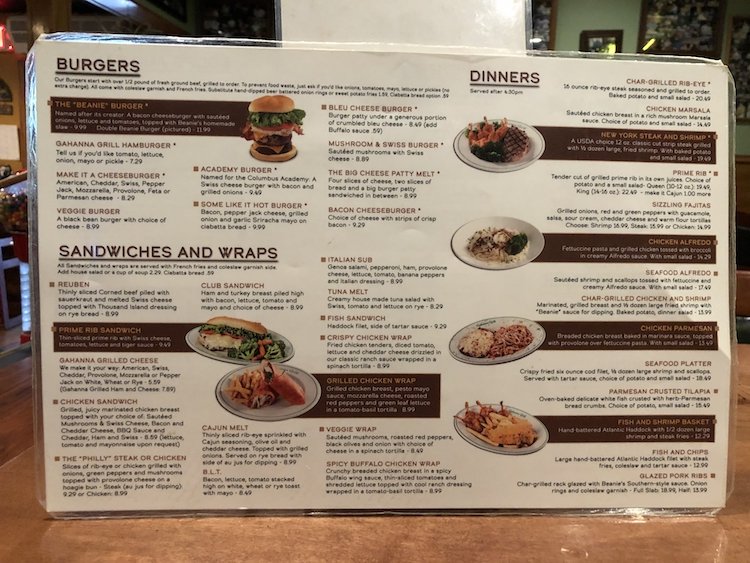 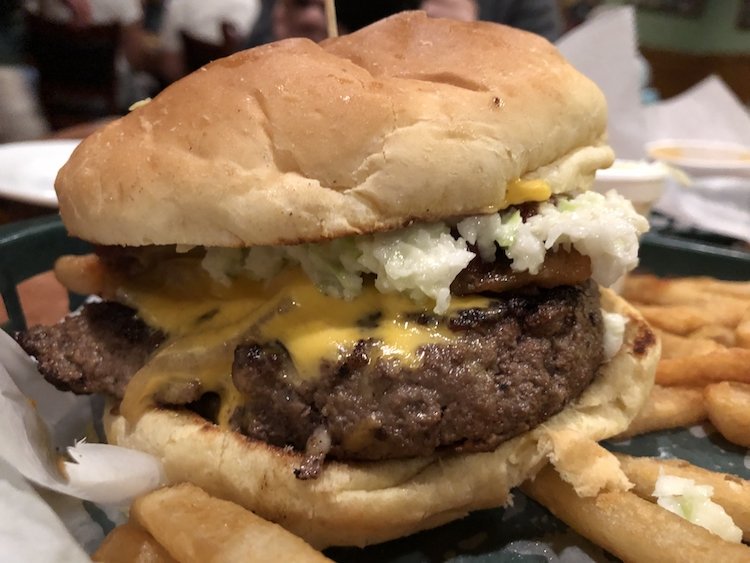 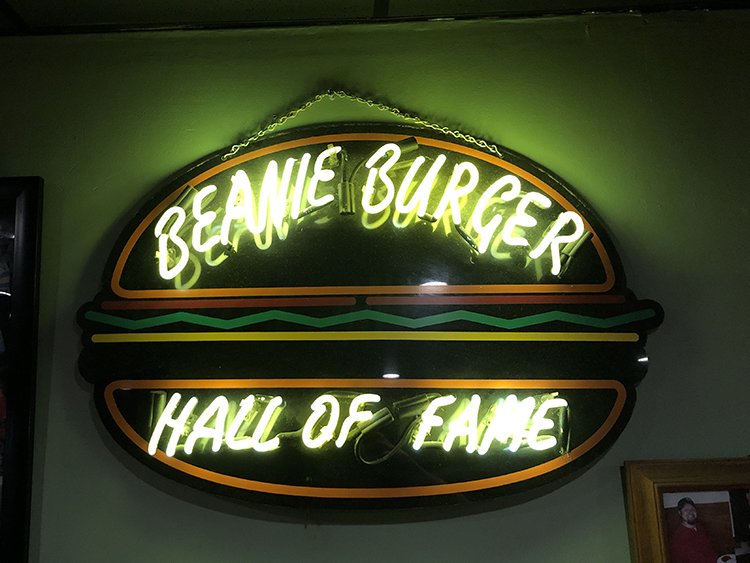 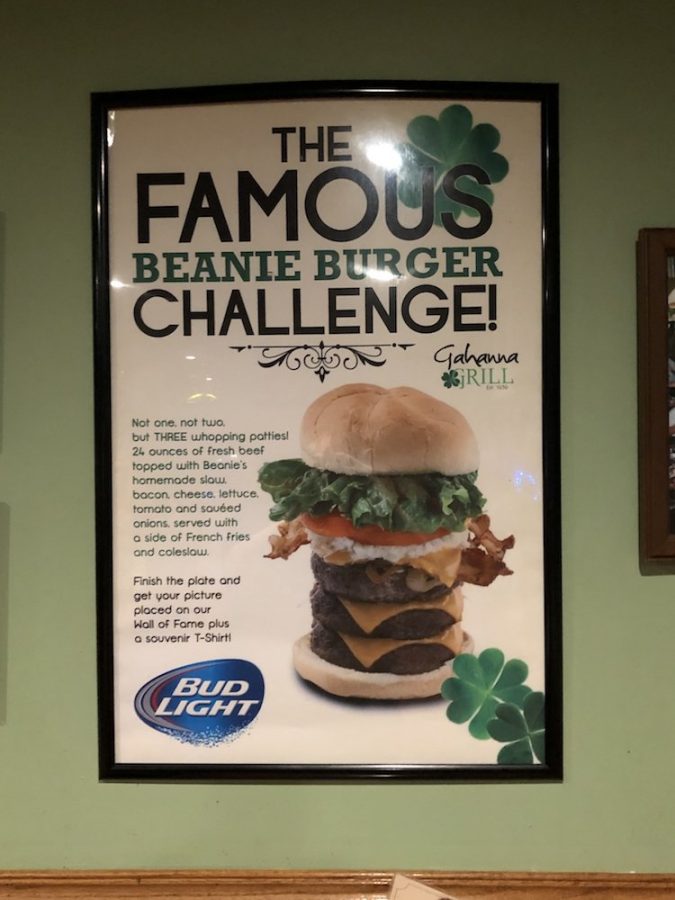