On my drive from Lansing, Michigan to Columbus, Ohio, with my wife Marcela, we stopped in at Toledo, Ohio, for a little bit. The plan was to grab a burger and look around for some antique shops.

White Tower was the number one stop on my itinerary. Once upon a time, the White Tower was a huge deal and had over 200 restaurants. It was founded in Milwaukee, Wisconsin, way back in 1926 and would find its way to Toledo, Ohio, three years later. They were a significant player in the burger game back in the day and White Castle’s main adversary. Their tumultuous relationship ended after a court decision found in favor of White Castle’s accusations of unfair competition.

Toledo’s White Tower is their last man standing. This White Tower does not resemble the bright shiny building of its storied past but more of someone’s home.

The White Tower menu mentions a Butterburger, the Wisconsin specialty. The sandwich did not resemble any of the Butterburgers I’ve eaten in the past. As far as diner-type burgers are concerned, it was right on the money.

I took the opportunity to have Hash Browns as the side, which worked out pretty well for me. 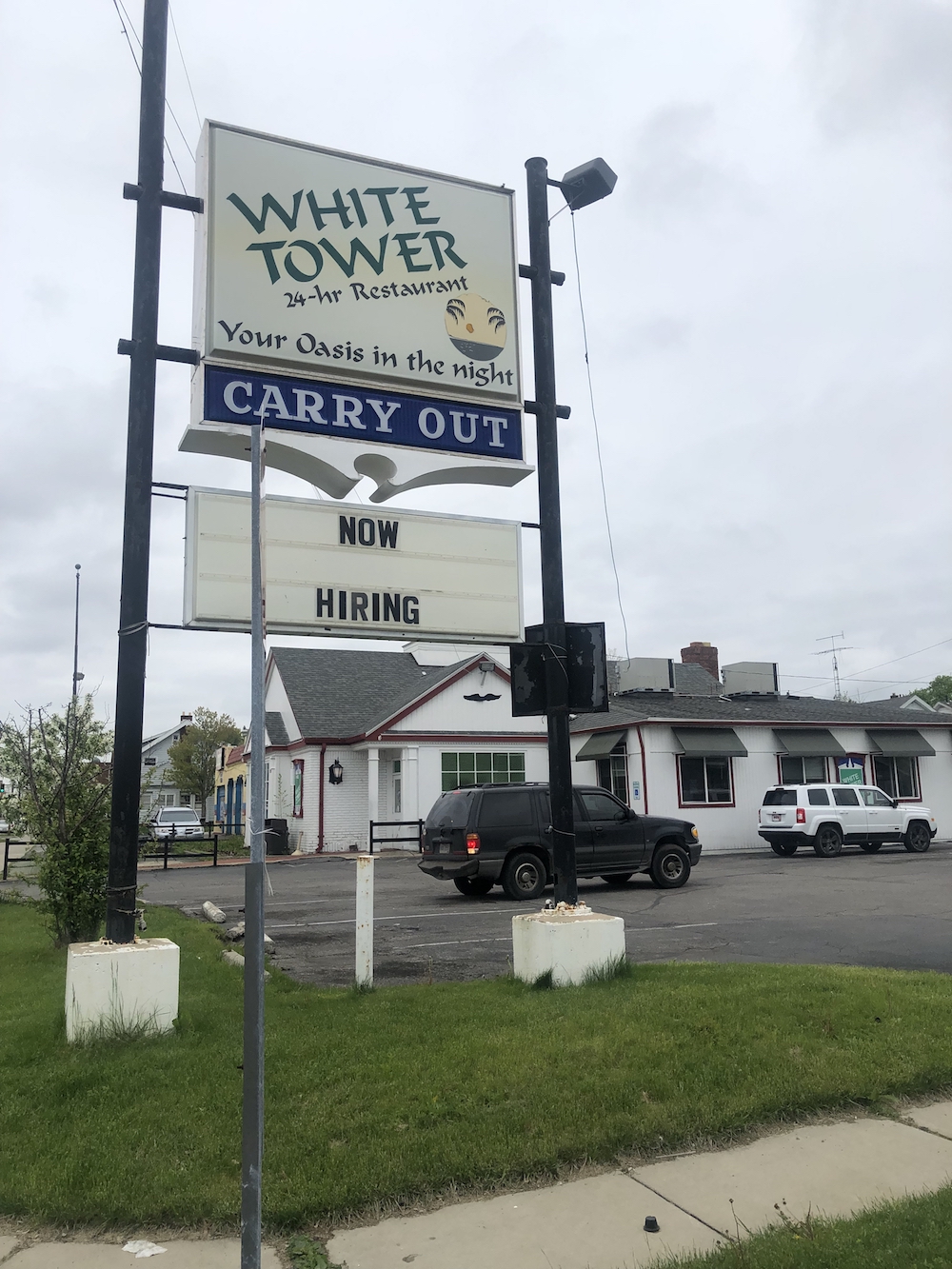 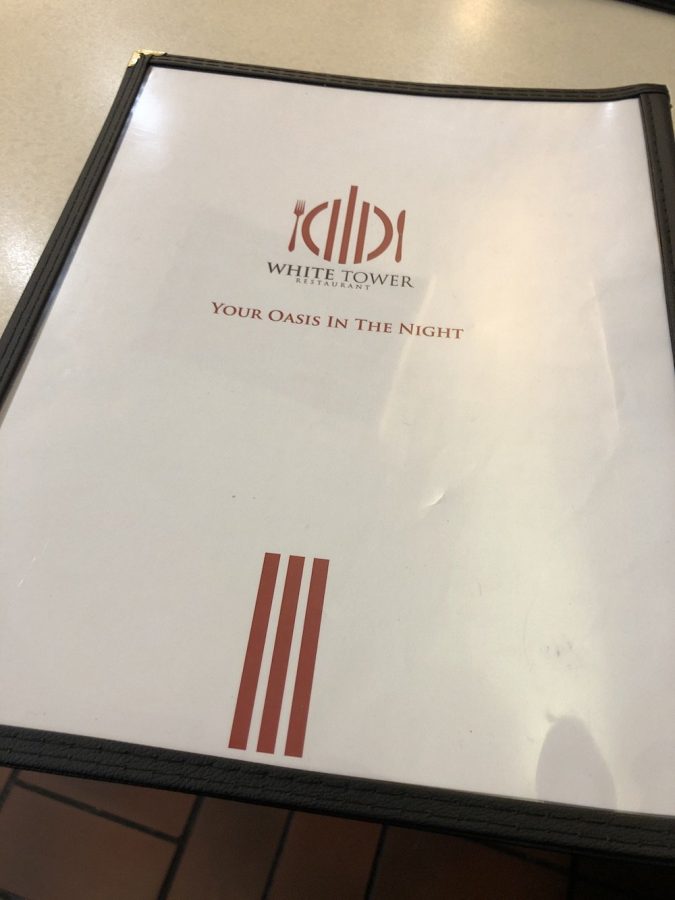 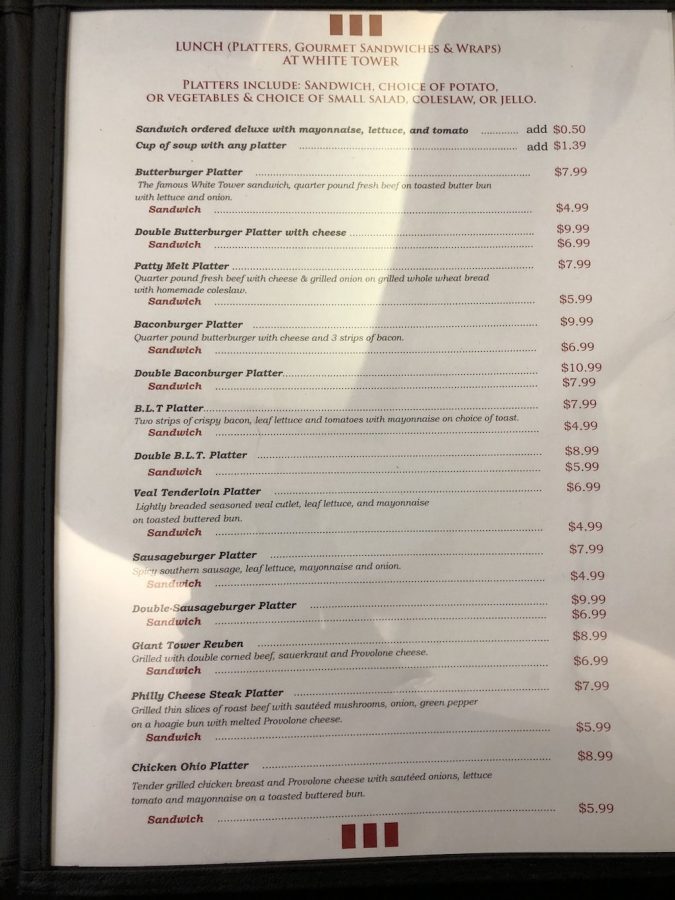 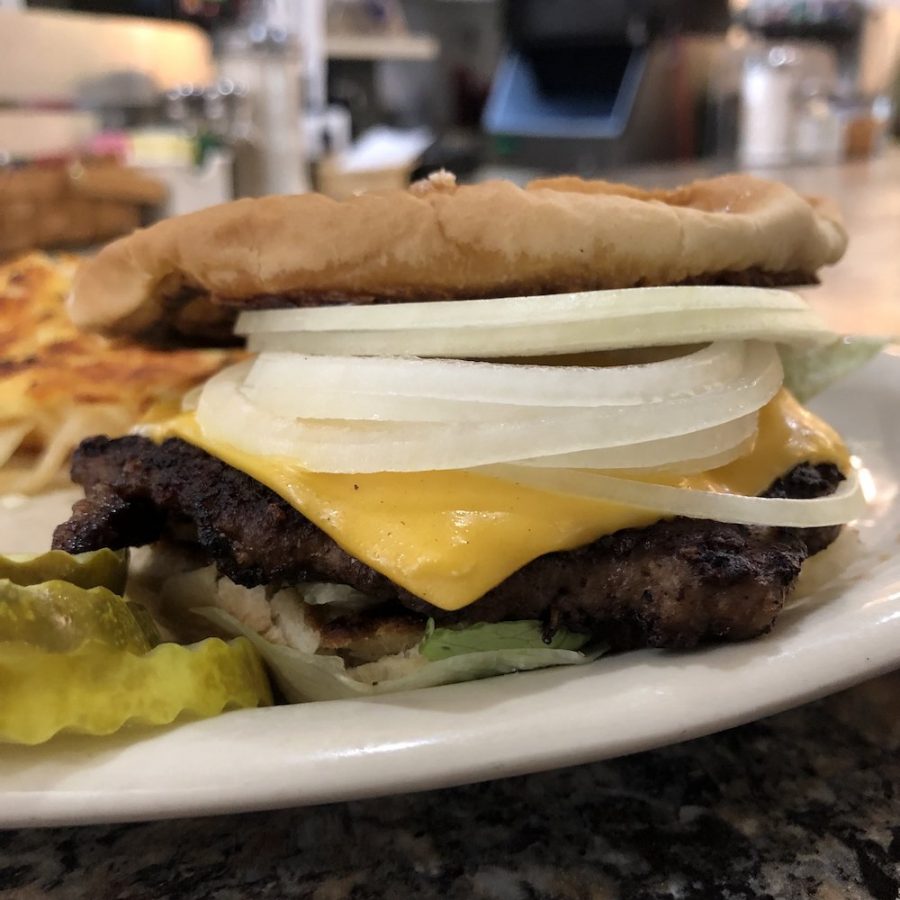 After leaving Marcela at an antique shop right down the street, I set out to explore Toledo. I remember my friend Titus telling me about the Green Lantern diner. Little did I know that on Sundays, the Green Lantern rests. I was able to snap a picture of it so you can see how cool it looked. It’s been a staple in this community since 1927, and after checking out the menu, I felt like I missed out on something uniquely Toledo. I need a Goopie in my life! 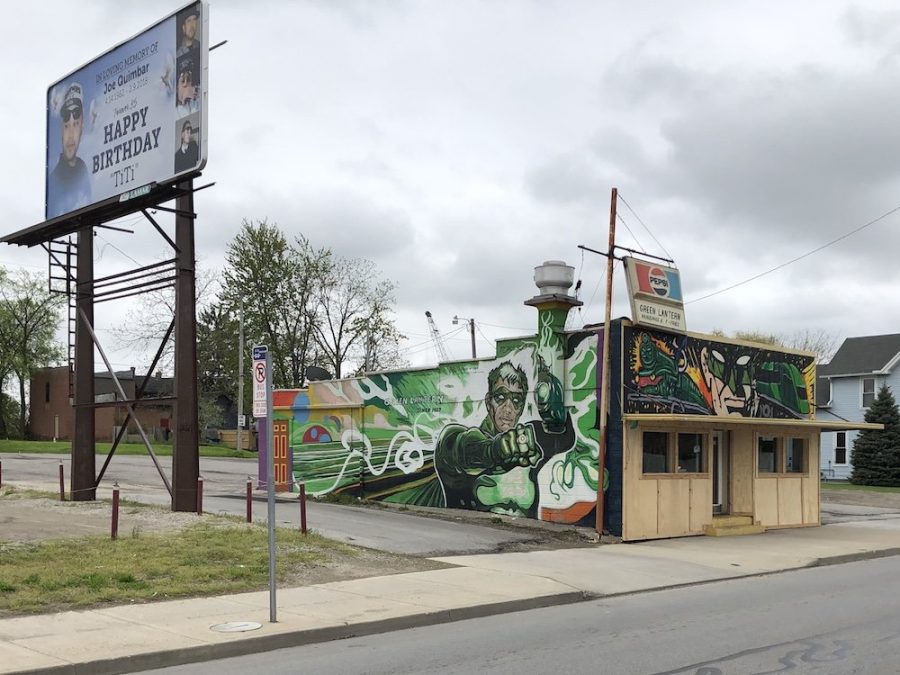 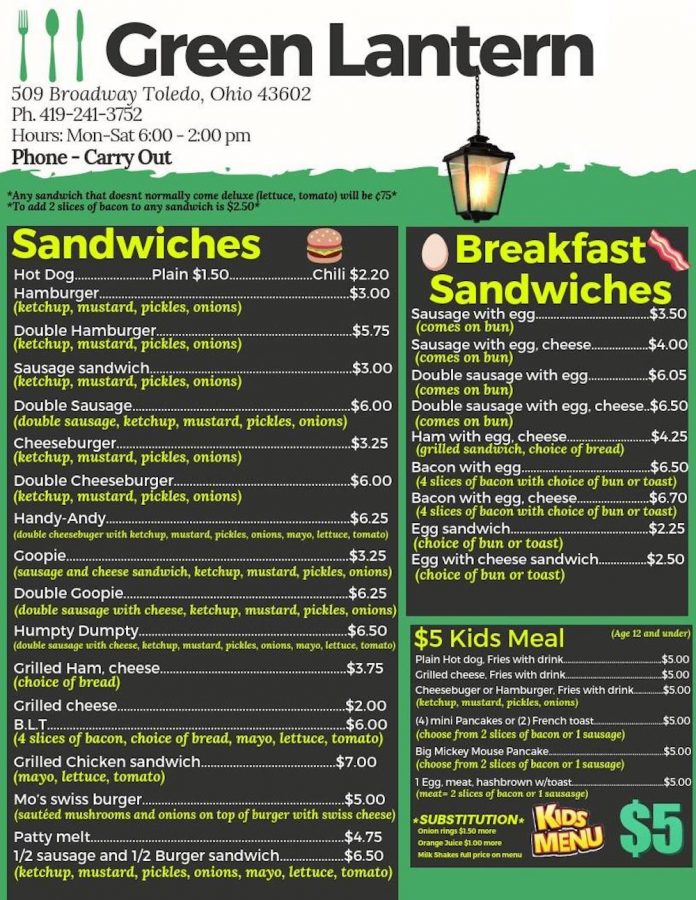 I scooped Marcela up after she finished. Rudy’s Hot Dog was a spot we came across while driving around town. In 1920 Rudy’s opened its doors for the first time. There are now six locations, and different members of the founding family run the restaurants. I read somewhere that they sell 10,000 hot dogs a day, which is a ridiculous amount.

We ordered one of their regular dogs with Chili, Mustard & Onion along with a King Hot Dog (all-beef jumbo dog), same toppings. The Chili Mac was an afterthought while we were paying for the two dogs. I also bought a couple of cans of their Chili Sauce with Beef, which would eventually make its way back to my home in Miami, Florida.

Gun to the head I’d say the King Hot Dog is the way to go. I’ve got nothing against their regular dog, but I’m an all-beef hot dog kind of guy at the end of the day.

The Chili Mac is very similar to that of the Cincinnati-style chili popularized regionally by Skyline Chili. I’m a big-time lover of that type of chili, which means you didn’t hear one complaint out of me. Marcela is just starting to get into it, so it was great to see her enjoying the Rudy’s Hot Dog version. 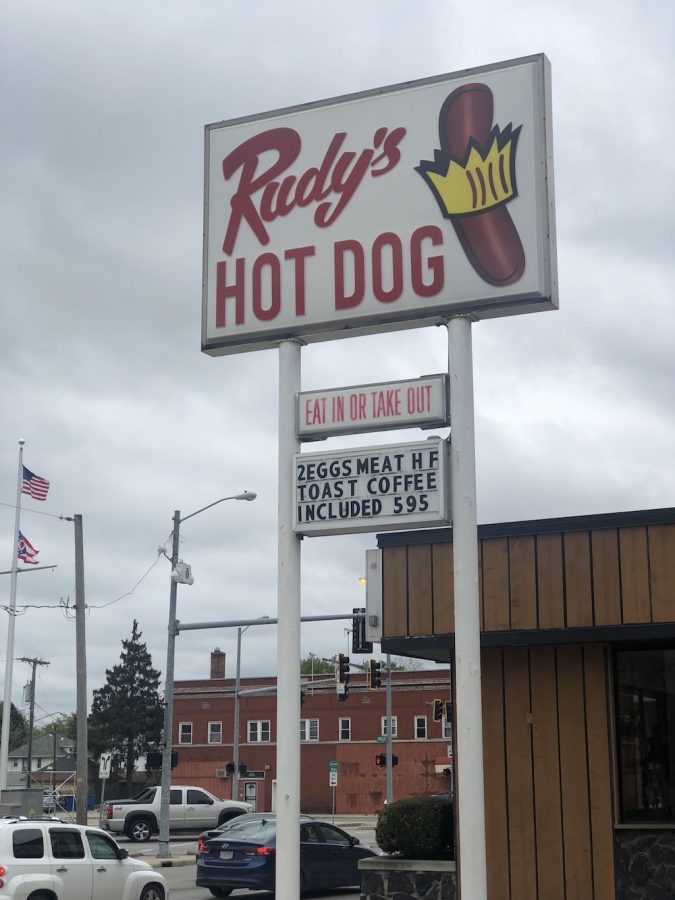 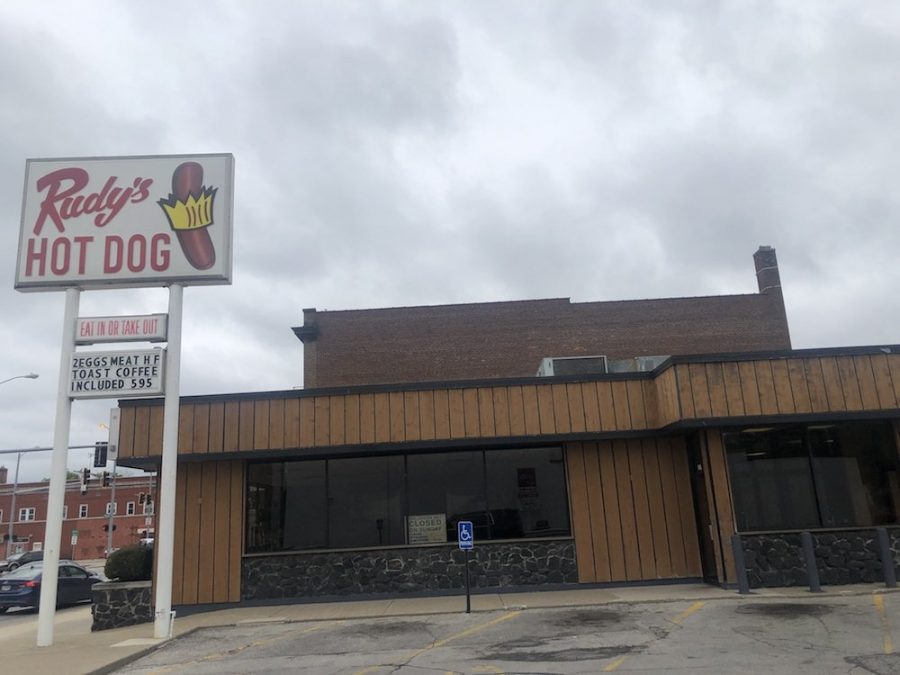 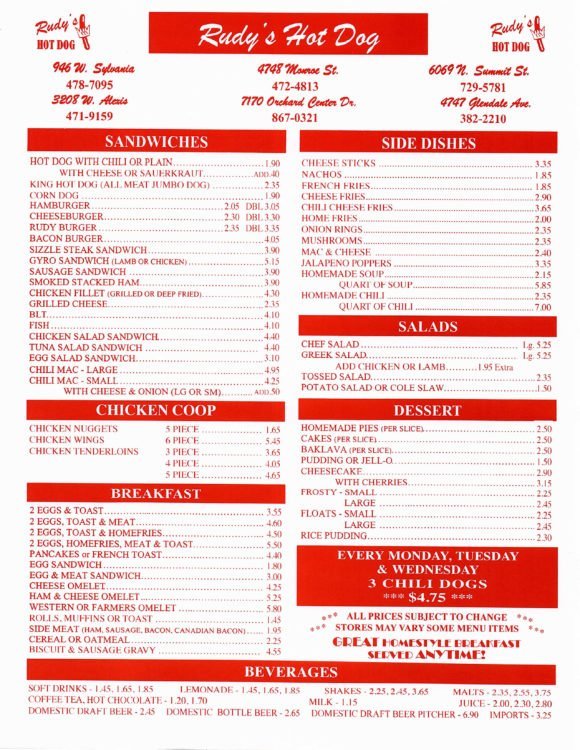 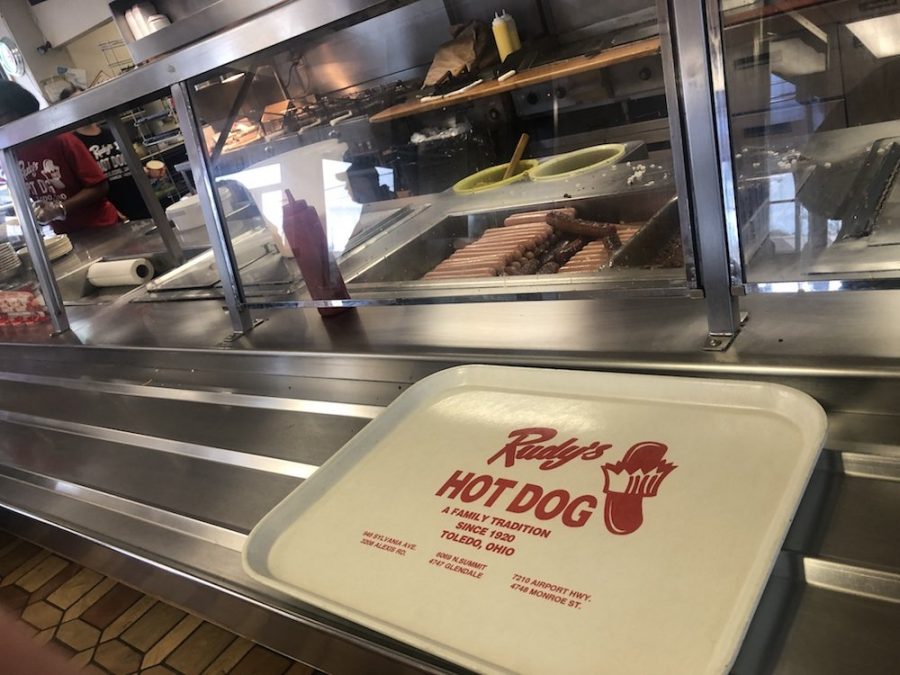 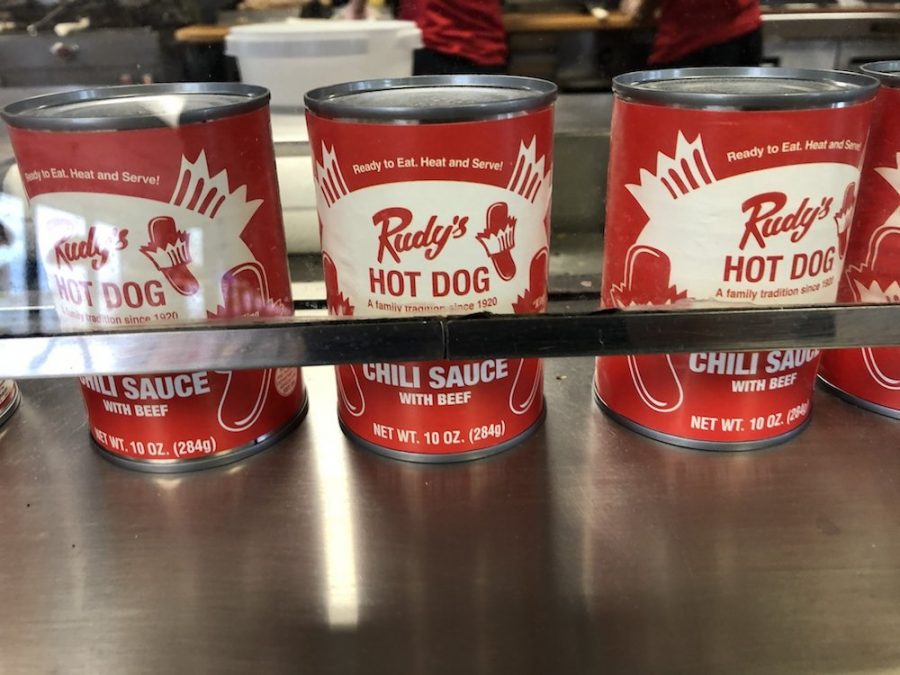 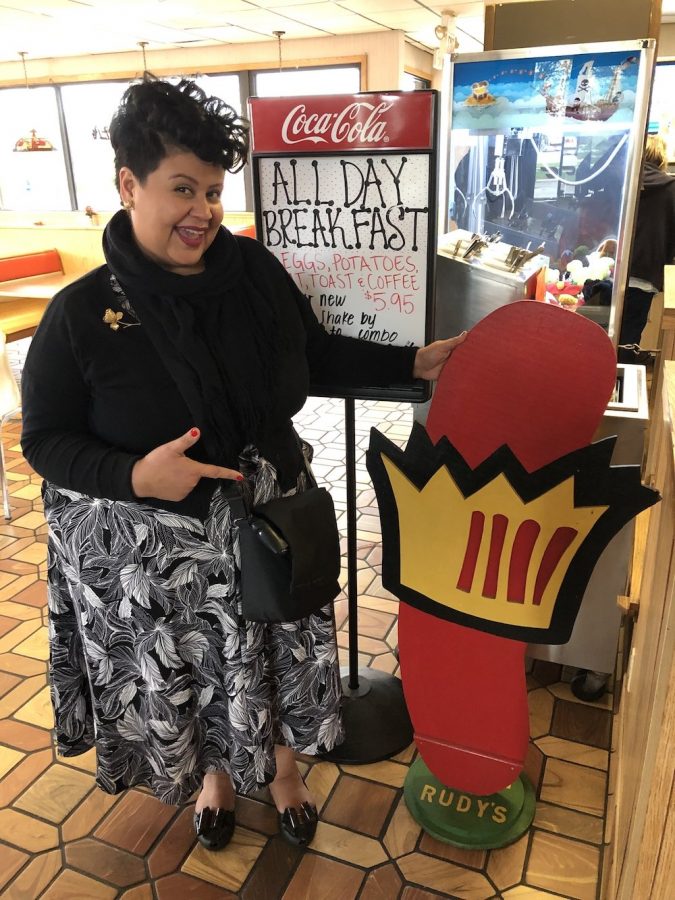 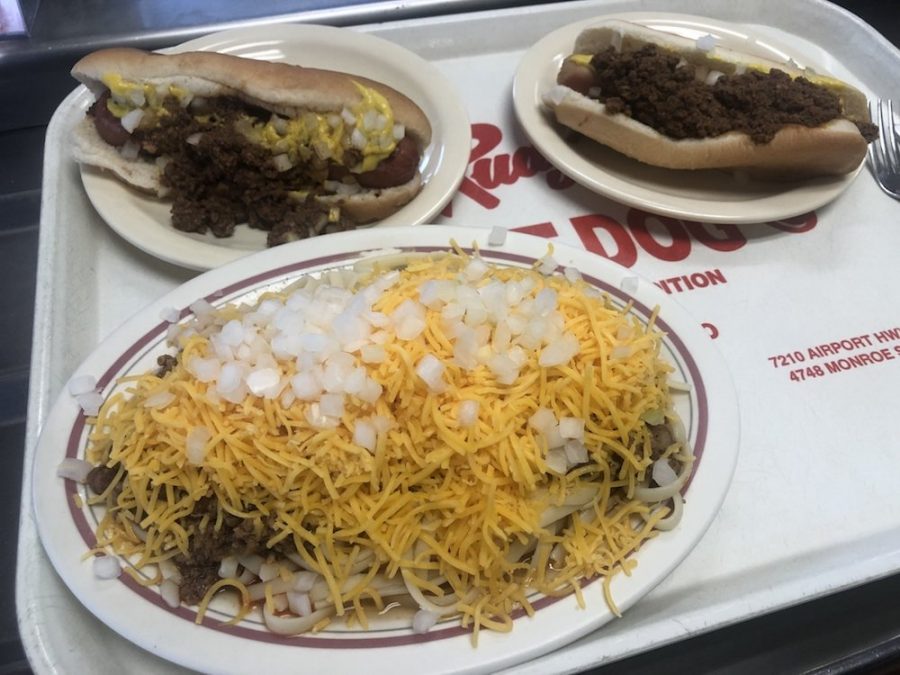 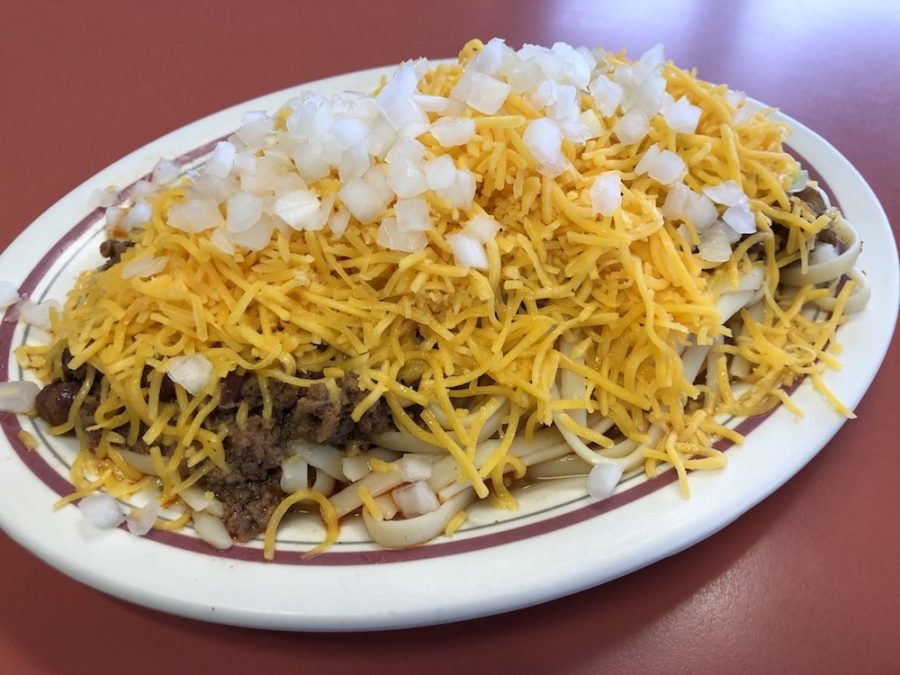 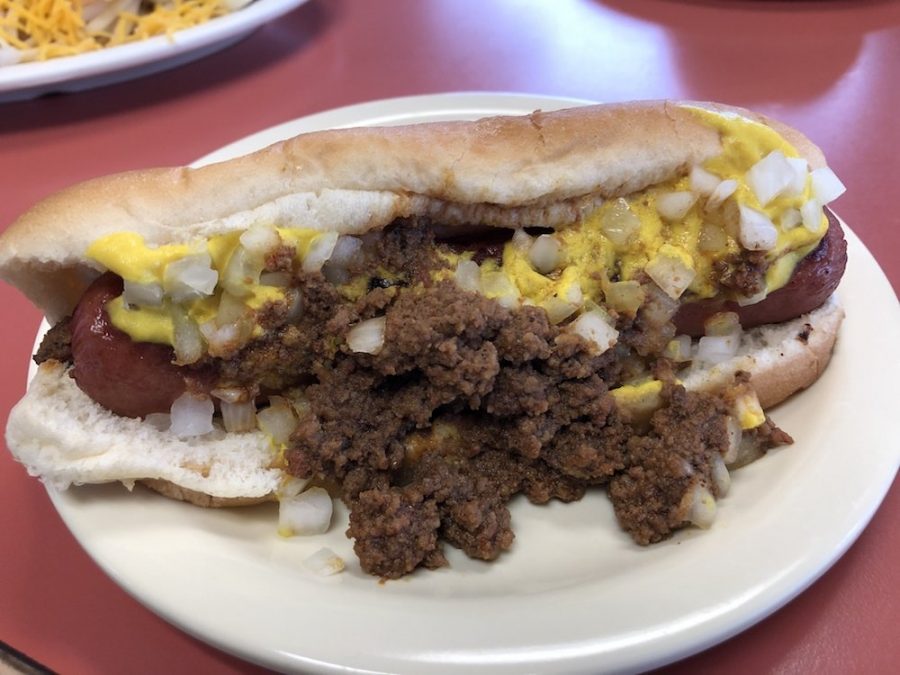 We were only in Toledo for a few hours, but I hope to come back for the Green Lantern and a few other promising spots.

When we left Miami for a road trip through Tennessee, Kentucky, Ohio, Alabama & Florida I did not have Hometown HotDogs

END_OF_DOCUMENT_TOKEN_TO_BE_REPLACED 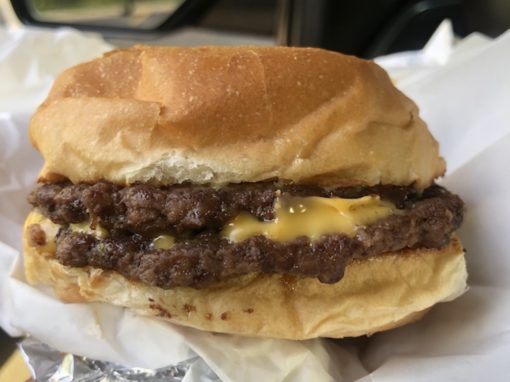 I’ve had Swensons Drive-In on my Burger Bucket List for years. I got dangerously close to visiting their oldest location