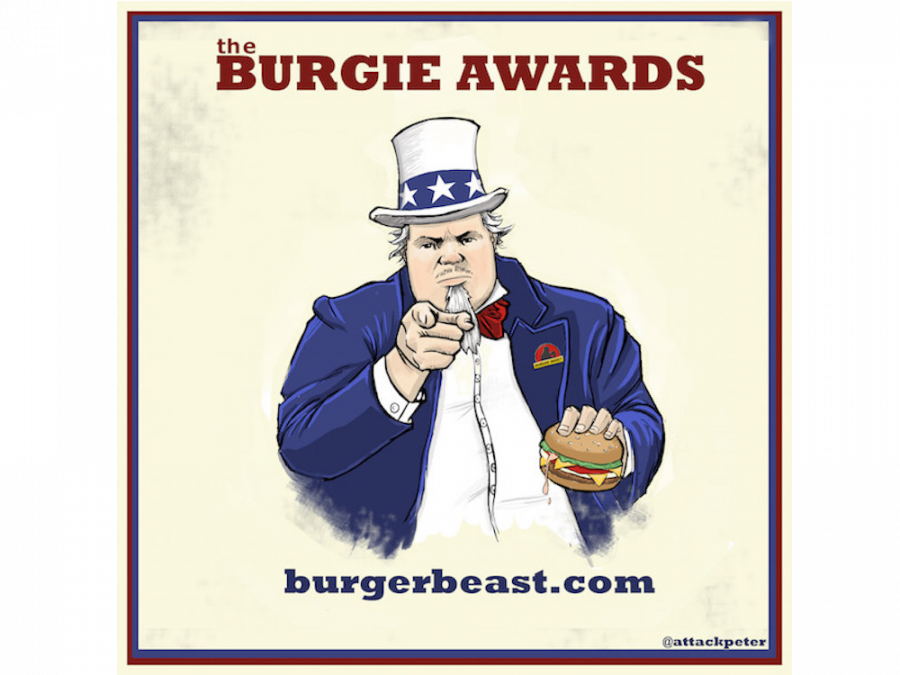 My impetus for starting the Burger Beast site in September of 2008 was that I felt there was a void in the South Florida foodiverse. There was no one for writing about everyman or comfort food.

Nine months into my blog, I thought there should be awards with an event tied to it that celebrated the food of South Florida too. The Burger Beast Burgie Awards or Burgies were born.

I held the first Burgie Awards at John Martin’s Irish Pub in Coral Gables. We also celebrated the first anniversary of BurgerBeast.com.

Would anyone even show up? I thought to myself. But they did, and the restaurant was packed to the rafters. The owners of the Irish pub told me it had been the busiest night of the year, second only to their St. Patrick’s Day block party.

For many years it was my most popular event. Still, I decided to retire the Burgies in January 2017 to focus on my events Hamburger House Party and CroquetaPalooza.

It was a blast while it lasted, and you never know when it could return!