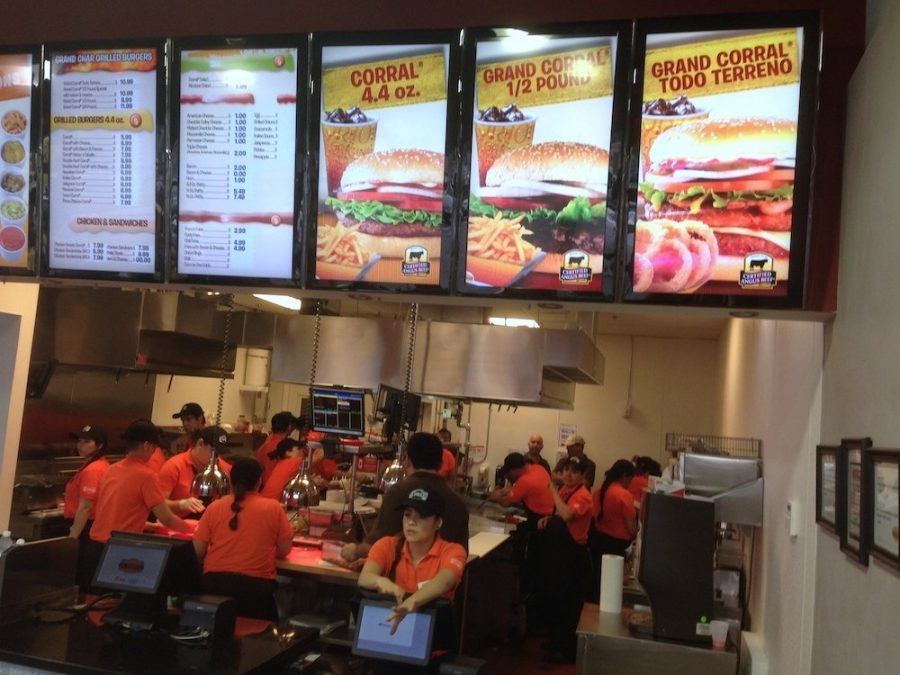 El Corral was founded in Colombia in January of 1983. The popular burger chain finally made its way to the U.S. via Miami in early 2013. El Corral had well over 100 locations spread across South and Central America at the time.

At the time, it was widely considered to be the best burger in Colombia. They were for their quality ingredients such as aged cheeses, hummus, Argentinian sausage, stir-fry vegetables, foie-gras, and different bread options.

The one thing that I had never seen before was that their smaller burgers are cooked on a griddle, while the larger ones were grilled.

The 1st Hamburgers El Corral in the U.S. would open in Doral right off the Palmetto Expressway at 7800 Northwest 25th Street. Over the following year and a half, El Corral would expand to three restaurants with new Brickell and Kendall locations.

I know there were plans to open in Hollywood, Florida, but I’m not sure if that ever came to pass. By late 2014, all three locations had shuttered.

January 21st, 2013 – Let’s get something out of the way right from the start; El Corral is a fast food joint. There is a little twist here though, you can either choose the Corral Burger (4.4oz) cooked on a griddle or the Grand Corral (8oz), which is grilled on an open flame.

The staff member who took my order insisted that I get the chargrilled burger because it would be the most flavorful. After some consideration, I decided to try one of each burger with cheese & bacon for comparison.

I never specified which cheese I wanted, but it appears mozzarella is the default here. An order of fries and onion rings rounded out my order.

The table I sat at was decorated with old newspaper ads, reminiscent of how Wendy’s tables were in the ’70s through the ’90s.

The fries were of the frozen variety but were salted properly. It was nothing a little ketchup couldn’t cure. The onion rings were crispy and reminded me of the o-rings from Burger King before they started tinkering with them.

I ditched the lettuce, tomato, and onion on both burgers. The cheese, as I had mentioned earlier, was mozzarella, and it was nicely melted. It stretched when I was taking bites from the burger; in other words, it did its job.

The bacon was diced up and not ultra-crispy. I would go sans bacon if I had it to do all over again.

Which was the best of the two? I’d say the griddled won over the grilled in this case. They both also had the fast-food burger sauces (ketchup, mustard & mayo) all over them (ketchup & mayo on the top bun and mustard on the patty).

Both were better than what you’ll find at the Big 3. Also, considering its price point, Shake Shack it’s not.

More Burgers From Another Land