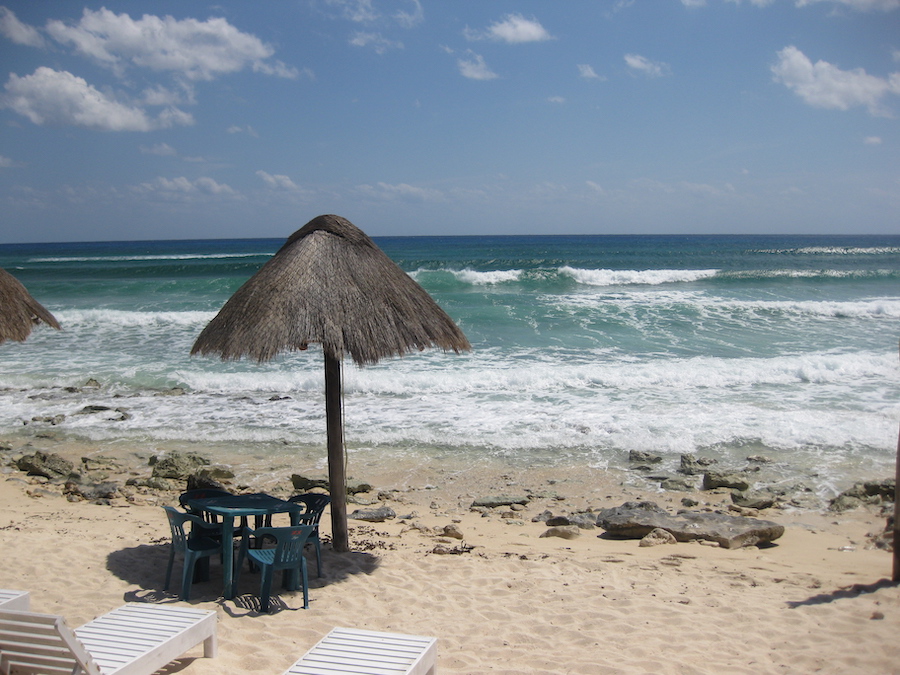 I had a great time on NCL’s EPIC Cruise (October 2010) and thoroughly enjoyed most of the food. We ate at off port restaurants Burger King, Mezcalitos, & Señor Iguanas in Cozumel (Mexico) and Mamasitas in Costa Maya (Mexico).

Although, if I were you, I’d stay away from the room service pizza. Cagney’s is a must if you end up on the EPIC; I loved the steak!

All this Norwegian EPIC Cruise content was initially spread out amongst five posts, but I’ve compiled them all here in one place; that way, there are plenty of pictures to enjoy!

Dining Aboard the Norwegian EPIC

You can find O’Sheehan’s on the Norwegian ship, the EPIC. It’s open 24 hours and has a neighborhood tavern feel to it.

All the food served here falls in the comfort food category, aka my favorite zone. There is no cost for eating here.

While you might associate that it’s free with the likelihood that it’s horrible, you’d be wrong. I ate here multiple times, and food the food was pretty good.

Let’s run down the different dishes I had over the seven times I ate here. The hot wings were not the best nor the largest I’ve had, but they did the job nicely.

The sauce made up for the flavor that the wings lacked. The sauce was fantastic; there was not much heat, and I’m pretty sure some blue cheese worked into it.

I ordered a side of the hot sauce to dip my fries a few visits later.

The chicken tenders and mozzarella sticks were of the packaged warehouse chain variety; now, that doesn’t make them horrible, just passable. But, hey, at least the honey mustard was pretty tasty.

The burger was a better-than-average affair. The bacon was good, and the shoestring fries were okay.

Order the chips instead of the fries because they’re the thicker cut fries and not chips at all.

My favorite dish at O’Sheehan’s turned out to be their chicken sandwich. The sandwich was a grilled chicken breast on a toasted buttery bun and topped with a slightly spicy mayo sauce that was great.

After having had the burger the 1st two times and having the chicken the 3rd time, I became a chicken convert. So I would highly suggest this as your go-to sandwich on the EPIC.

Room Service on the Norwegian EPIC

October 7th, 2010 – Two years ago, when I came to Cozumel, a sign outside Mezcalito’s said, “Cheeseburger in Paradise.” So I’m going to go out on a limb here and assume this is a reference to the Jimmy Buffet song.

There is now a Jimmy Buffet restaurant in Cozumel, and the sign is gone from Mezcalito’s, so make of that what you will. It’s located right off the beach and decorated with t-shirts all over the ceiling (there isn’t much wall space since it’s open-air) and signs.

It’s a very relaxed environment here, and I could envision most folks spending an entire afternoon here enjoying the view, breeze, food, and drinks.

I’m looking over their fancy laminated menu and read the proclamation “Everything is Delicious!!” Really? In that case, I’ll have the Gilligan Cheeseburger!

The bartender referred to it by that name, yet it was not reflected on the menu unless the term Gilligan Burger was a code word to the kitchen. And to wash it down? Of course, a refreshing ice-cold Mexican Coke, except here it’s just a Coke.

The cheeseburger comes topped with manchego cheese. If you’re a cheese fan and have never encountered manchego cheese, I suggest you seek it out. It’s made from sheep’s milk and is creamy and intense (in a good way).

The burger was nicely seared and retained its moistness even though the beef patty was cooked slightly more than I would have liked. The bun was toasted, which, of course, is always a good thing.

This guy was about half a pound of deliciousness. The fries were just the regular stuff you’d expect to get anywhere, and no, I didn’t eat the lettuce, tomato, and onion.

If you’re looking for a non-touristy area of Cozumel to sit back, relax and enjoy the breeze, then this is the place for you. Just a reminder, the menu says “Everything is Delicious!!” (I can confirm the burger is); time for you to try the tacos, and then let me know!

Mezcalito’s is open daily from about 9:00 AM until dusk.

October 7th, 2010 – My sister was shopping for who knows what on the north end of Cozumel’s east coast a few years ago. But unfortunately, it left us zero time to stop and eat.

When we arrived in Cozumel for this visit,  this area was tops on my must-visit locations. There are two restaurants, Señor Iguanas and Mezcalitos, and a couple of shops on this corner of the island.

It is not the tourist part of Cozumel so you will need to hire a taxi to take you there. We hit up Señor Iguanas first, so we pulled up a couple of high chairs to their bar area and asked the dude behind the counter, “Which beer should we have?”

We asked in Spanish, although he did speak some English. He suggested Cerveza Barrilito.

Cerveza Barrilito was refreshing on this warm afternoon and made much better by the breeze from the beach area.

I ordered their chicken tacos which, oddly enough, were flour tortillas; I would have expected corn.

The tortillas were doubled up and didn’t skimp out on the chicken, which was in abundance. The moist chicken was cut into little chunks and seasoned with lime.

The sides on the plate were beans and fresh guacamole. Marcela loved the beans and the guac, but I never tried them.

My focus was on the fresh tortilla chips and pico de gallo that came first. We probably could have sat there for hours just having chips and beers. But, while we didn’t, we’re ready for the next time.

Make time in your schedule for Señor Iguanas if you’re ever in Cozumel.

October 4th, 2010 – Mamasita’s Taqueria was the only food stop we made during our brief visit to Costa Maya. Unfortunately, it was a tourist trap, and we knew it the minute we sat down and looked at the shiny menu.

Mamasita’s Taqueria is located right at the port of Costa Maya. We paid some dude to take us deep into the city, then we were stopped at some sort of checkpoint.

After checking out what local spots there were, I decided it might be safer to eat at the port (for sanitary reasons).

Mamasita’s Taqueria and their sister restaurants Bandito’s Lobster House, Sandpiper Terrasta, and Chico’s Paradise had locations in Roatan, Honduras, and Belize once upon a time.

I was eating in a cookie-cutter chain restaurant while on vacation, yet, I was okay with that. All I felt like doing was sitting back in my chair and enjoying a meal with my family.

In retrospect though, I probably should have taken my chances with the other grub.

And Now For Some Food Pics

I had this recipe saved from the Mamasita’s website in 2010, right around the time we visited. Unfortunately, based on all of the intel I’ve gathered, all their restaurants closed early to mid-2011.