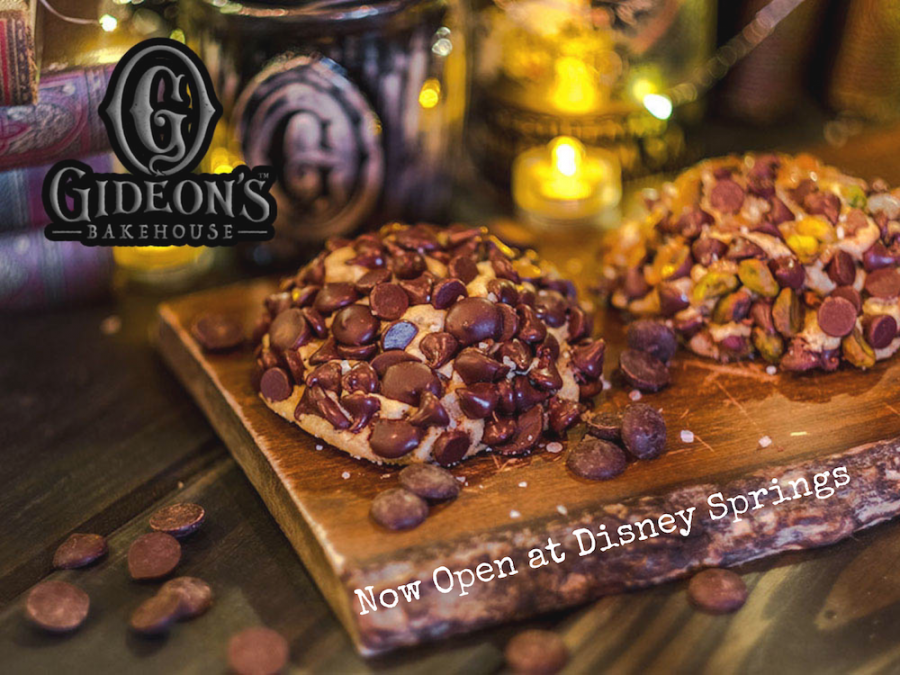 I just jumped on the Gideon’s Bakehouse bandwagon earlier this year. I stopped in at their East End Market location (3201 Corrine Drive, Orlando) with some friends and instantly fell in cookie lust.

This past January, another friend mentioned that they were possibly opening a new location at Disney Springs. Then the pandemic hit us like a ton of bricks, and highly anticipated openings like the world’s most enormous White Castle were pushed to 2021.

I was afraid that Gideon’s Bakehouse’s new spot might end up with the same fate, but luckily, I was wrong. They soft-opened on December 23rd and did a full-on grand opening over the coming months.

The lines have been upward of two to three hours, but there is a virtual line.

Those devilishly great, almost half-pound cookies are still the centerpiece of the menu, along with a selection of decadent cake slices, nitro cold brew coffees, and sugar cane colas. There will also be an Exclusive Daily Limited Edition Disney Springs Flavor.

You can snag a look at the expanded menu for Gideon’s at Disney Springs [HERE].

At 5:18 am on December 18th, 2020, a mysterious creature flew over our Bakehouse at Disney Springs, stole our G, and perched atop the building. He has yet to move, and we have a feeling he might stay. We are in possession of the journal of Jonathan Lindwurm, the original shop owner of the space we occupy. With it, we hope to uncover the history of this new guardian of Gideon.⁣

Gideon’s Bakehouse has created a rich history for the building they are now occupying. However, the entire story has not been revealed yet.

On their website, they also suggest asking them about any new information that may have been uncovered when you visit.

The art director for all of their gore-riffic designs goes by Mr. Eyes. He created a series of spirits whose portraits line the new Gideon’s Bakehouse walls.

My cousin Alex took some great pics inside Gideon’s at Disney Springs; check them out!

While Gideon’s has not posted any pictures or footage of the new building, many Disney vloggers have visited them.

SPOILER ALERT: You will see a detailed video filmed inside and out, so be warned.

I ate these beauties when I visited Gideon’s Bakehouse original stand at the East End Market.