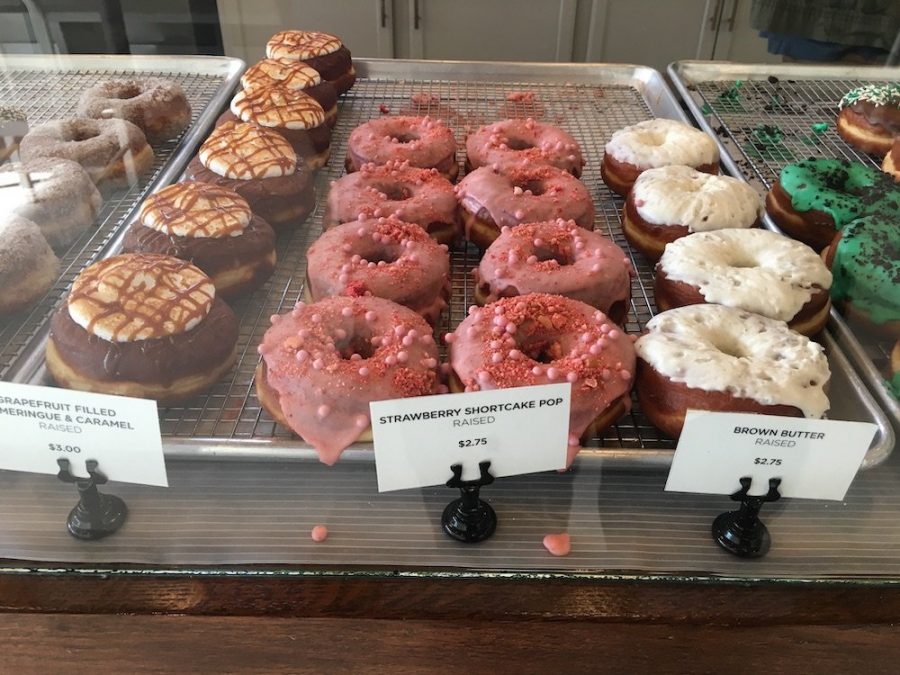 My 2018 road trip to Jacksonville had many delicious highlights; Good Dough Doughnuts (1636 Hendricks Avenue) is at the top of that list.

We were only there for about a week, but were able to enjoy some good eatin’ from Bearded Pig B.B.Q., Maple Street Biscuit Company, Metro Diner, Pinegrove Market & Deli, & Soto’s Kitchen (R.I.P.), Sweet Pete’s & the Stuffed Beaver (R.I.P.).

The entire gang (Miami Meat Machine) + Fred were along with me for this eating extravaganza. I hit up Good Dough Bakery early in the morning, so only Fred and I were on this one.

Fred enjoyed the old-fashioned Peanut Butter Pie, but he was a man on a mission. Once he found out about the Doughwhiches, his focus shifted. He ordered the Pizza π Doughwhich and the Fried Chicken Doughwhich.

The Pizza π Dough was good, but I’ll order a pizza if I’m craving this flavor profile. Now, the Fried Chicken Doughwhich, on the other hand; it’s unique.

Cue the Twilight Zone music: Imagine if you will buttermilk marinated, and beer-battered fried chicken breast topped with pickles & hot sauce served inside of a glazed raised donut.

It’s special, extraordinary even. So special that next time I’m not sharing.