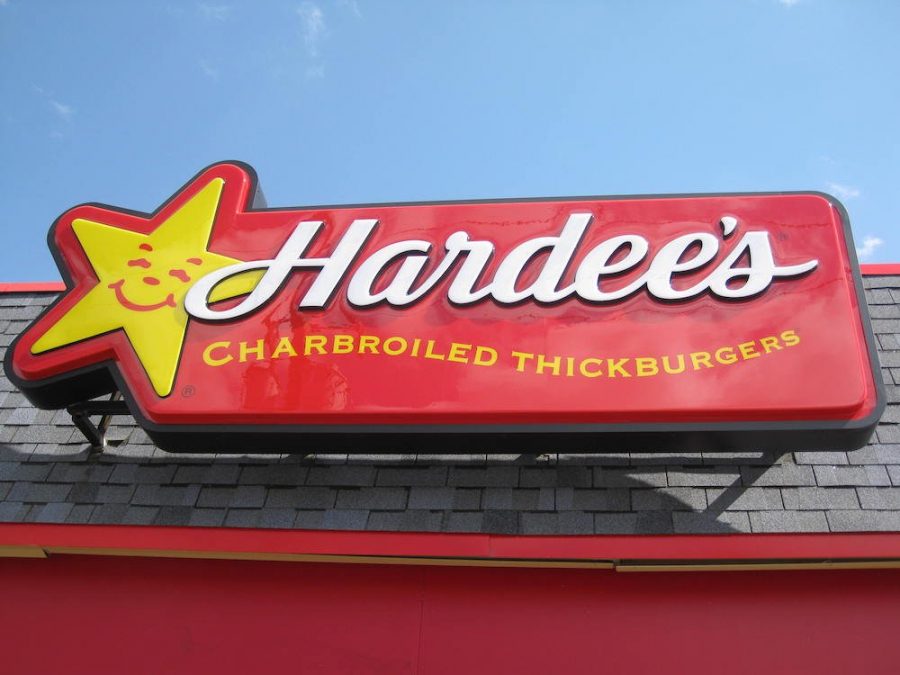 My earliest memories are of Hardee’s and their massive California Raisin campaign. It revolved around the launch of their Cinnamon ‘N’ Raisin biscuits.

If you were a child of the 1980s like I was, you’ll also remember the little non-poseable figures which could only be acquired at Hardee’s.

I remember enjoying their burgers and pies, but they were only open in my neighborhood for a few years. A Hardee’s was still about 20 minutes away from me after that until they disappeared from South Florida in the late 1990s.

My Hardee’s rediscovery moment happened during a road trip to Atlanta in 2009. Since then, I have always come across one in different parts of Florida.

I try to make time to grab some breakfast cause those biscuits are still great.

The pictures below are from those road trips, and my original scribblings on BurgerBeast.com can be found right after that. I’ve also included my history of Hardee’s (from my book All About the Burger) that I think you’ll enjoy.

March 5th, 2009 – Hardee’s has not been in Miami for quite some time. Hardee’s last stand in Miami was in Hialeah sometime in the late ’90s. I read recently that they are the number four burger chain (behind McDonald’s, Burger King, and Wendy’s, and their parent company also owns Carl’s Jr.)

On a road trip to Atlanta, during a stop in Wildwood, Florida, to get some gas, that I spotted the star sign in the distance. The smiling star in the Hardee’s logo comes from the Carl’s Jr. logo that I remember as a child.

I ordered their 2/3 lb. Monster Thickburger. It comes with cheese, bacon, and mayo. Those are actually my favorite fast food burger toppings. I also had an order of bacon cheese fries. And because I have no self-control, I ordered the Big Hot Ham N’ Cheese to make sure I wouldn’t be able to walk out of there. If there’s a Hardee’s near you, check it out because there are some good eats.

One last thing, after looking on their website, I realized they have the Big Shef on the menu for a limited time. The Big Shef was the thing to eat at the now-defunct Burger Chef chain that Hardee’s purchased in the early 1980s. If anyone tries one, let me know.

History of Hardee’s from All About the Burger

On an empty lot in Greenville, North Carolina, Wilber Hardee (not Wilbur as it is commonly misspelled) opened his first namesake restaurant on September 3, 1960. He had visited the first McDonald’s in North Carolina and watched as it grossed $168 over one hour during lunchtime. Wilber was convinced that he could recreate what they were doing and do it better. He took a picture of the restaurant and drove home to plan out what would become Hardee’s.

Wilber found someone to build him a small building in a similar style to a McDonald’s, using red and white tiles similar to those that covered the iconic McDonald’s structures. The first Hardee’s didn’t have a dining room, tables, a drive-thru, or even carhops. What it did have was two windows, one for ordering and another for picking up food.

The first Hardee’s menu featured fifteen-cent hamburgers, twenty-cent cheeseburgers, fries, fried apple pies, milkshakes, and soft drinks. McDonald’s was cooking their burgers on a flat-top, while Hardee’s used chargrills, which he believed would give him the edge over the golden arches.

Less than a year after the McDonald’s location that had inspired him had set up shop in Greensboro, North Carolina, Hardee’s opened its doors. The public loved it, and the long lines at the windows proved it.

Wilber started on plans to open the second location a year later in Rocky Mount, North Carolina. It was here that the trajectory of the Hardee’s chain would change forever. He met accountant Leonard Rawls and his friend James Gardner. The duo convinced Wilber that by selling Hardee’s franchises, they could all be set up financially for life. Hardee’s Drive-Ins would be incorporated following their agreement, which oddly enough had no money changing hands.

On May 7, 1961, the second Hardee’s opened up in Rocky Mount under their new corporation. It was another successful location for them. But things were not good between the partners.

Wilber has given different versions of what happened next. The best known was that he lost a poker game against Rawls and Gardner, and along with that, the controlling interest in Hardee’s. In another story, they got him drunk and had him sign away any control of future franchise sales. Whatever happened, the result was that all three men had an equal say in the new corporation, which left Wilber outvoted in the company he had founded. He was extremely angry with the situation; he had signed away everything for twenty or thirty-seven thousand dollars, depending on who was telling the story. When he signed Hardee’s away, there were five stores total.

By August 1961, Rawls had become president of Hardee’s with Gardner as vice president. The first Hardee’s franchisees were their friends and acquaintances. In mid-August 1963, Hardee’s Food Systems went public, selling four-dollar shares that provided three hundred thousand dollars to develop more restaurants. In 1966, James Gardner stepped down as vice president of the company when he was elected to the U.S. House of Representatives.

Between the late 1960s and early 1980s, Hardee’s expanded, opening hundreds of new restaurants and purchasing other burger chains and converting them to the Hardee’s brand.

One of those was Sandy’s, which was originally going to be run as its own separate company. They didn’t even cook burgers the same way. At least that was the plan in late November 1971, when the acquisition of the 207-location chain occurred. But by 1973, the plan had changed, and now 90 percent of Sandy’s would become Hardee’s. The other 10 percent would undergo name changes and then operate independently.

In February 1981, Hardee’s merged with Imasco Ltd. of Montreal, Canada, and became a subsidiary under their banner. On March 10, 1982, Imasco purchased Burger Chef for forty-four million dollars. The conversion from Burger Chef to Hardee’s was gradual, giving the franchises the opportunity to stay on board or go their separate ways.

Hardee’s also purchased the Utah-based twenty-eight location burger chain Dee’s Drive-Ins in August of 1982. This Dee’s is not to be confused with the Dee’s Drive Inn still open in Louisa, Kentucky, which is a great old-school spot with curb service. By the end of 1982, Hardee’s was at over 2,150 locations in thirty-eight states.

Then, in a weird turn of events, after a rough 1996, during which Hardee’s lost ten million dollars, the 675-unit Carl’s Jr. bought them for $327 million. It appeared that the plan was to convert all Hardee’s into Carl’s Jr. restaurants, but that never materialized.

Today, Carl’s Jr. is predominantly found on the West Coast while Hardee’s is on the East Coast of the United States. Hardee’s and Carl’s Jr. now have over 3,800 locations in forty-four states and forty foreign countries.