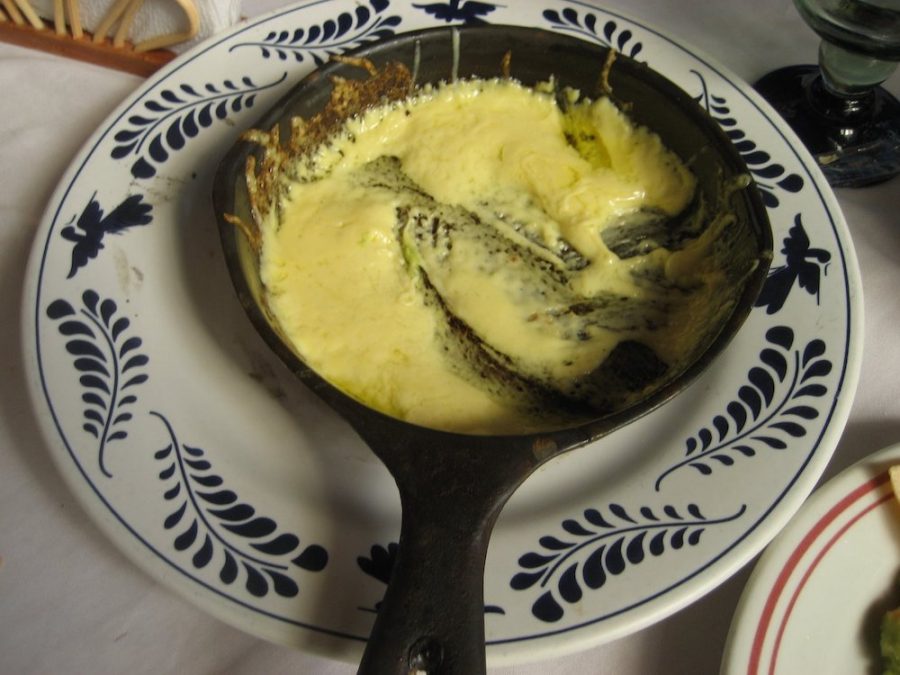 One of the stops on our cruise was Cozumel, Mexico. Michelle suggested eating at La Mission Restaurant (Avenida 30 between Calles 2 and 4 in Cozumel, Mexico).

I would later learn that it is home to some ridiculously spicy hot sauce. However, this would not be the reason alone to try a place out. I like hot sauce and all, but on vacation, I’m not particularly eager to work on getting a hemorrhoid.

La Mission was a pretty cool place that I highly suggest for a great meal. The appetizers we had were Queso Fundido (melted cheeses in a mini cast iron skillet) served with corn tortillas and Nachos, which were tortilla chips with bean and melted cheese, not too shabby.

They also served us a tortilla soup which everyone loved, and I declined. At that point, I was in Queso Fundido overload.

We had some mariachis come by and offer to sing some tunes for us, to which we agreed. But, I’m positive they saw “SUCKAS” written all over our faces.

Plus, we were the only ones who tipped, damn those other cheap bastards on vacation.

As for the actual dinner, I ordered the combo platter that included a tamale, rice, a quesadilla, an enchilada, a cheese-stuffed pepper, a couple of fried plantains, a couple of tostadas, There was some moist beef in the center of the plate.

Now that was some phenomenal stuff. There is nothing like real-deal Mexican food.

As for the hot sauce, Michelle devoured it. I took a whiff of it and decided it was better left untouched.

La Mission is part of a family of restaurants on Cozumel, including Casa Mission Restaurant, Parrilla Mission, and La Mission Truck.