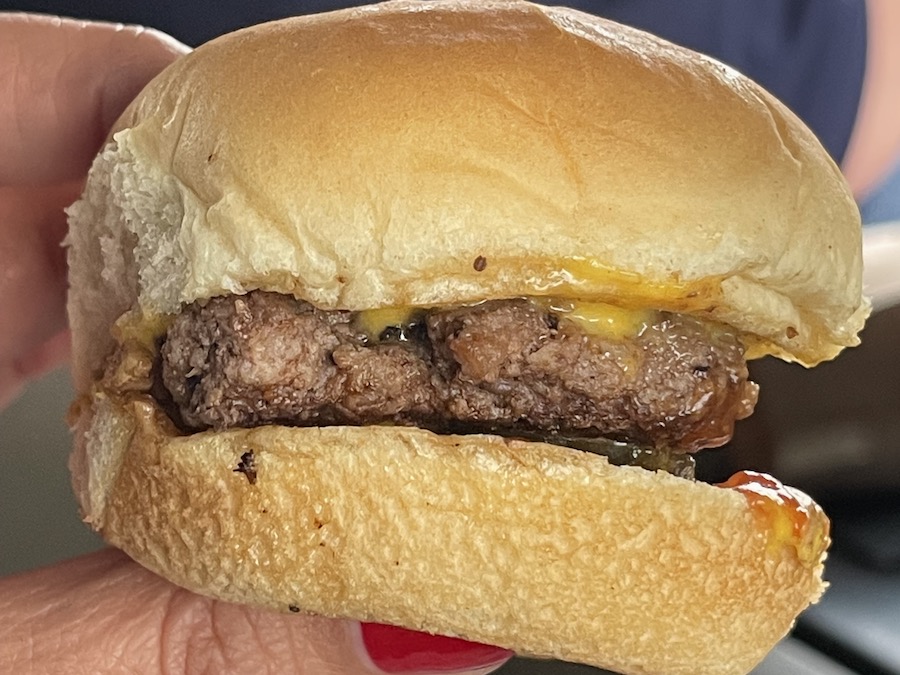 We were on our way to Philadelphia with a planned stop in Laurel, Maryland, to visit Laurel Tavern Donuts, formerly one of the Little Tavern Shops. Little Tavern Shops were among hundreds of restaurants inspired by the White Castle System.

In 2008 this location closed and then reopened under new ownership as Lauren Tavern Donuts.

On a road trip, you can try your best to guess how long it’ll take you to get from point a to point b, but it’s not an exact science. The other factors working against you are weather, traffic, or both.

We almost didn’t make it to Laurel Tavern Donuts before closing time. However, I gave us a nearly two-hour headstart in case of mishaps that could delay us.

As you can imagine, when it rains, it pours. So the weather and traffic factor in arriving about fifteen minutes before closing time, plus the air conditioner in my car stopped working.

It was a very uncomfortable drive for the last three hours. Yet, it didn’t stop us, but I was convinced we wouldn’t arrive before closing time.

The donuts were sold out, which is fine since I was there for the Little Tavern Mini Burgers. Since Marcela and Chunktronics wanted one slider each, so I opted for the six-pack.

Each of the little devils comes with ketchup, mustard, onions, and pickles. In addition, American cheese can be added for 15 cents per burger.

The recipe for these burgers is the previous owner’s recipe. The tiny fellas are seasoned with McCormick’s Montreal Steak Seasoning.

Watch my short youtube video, and you can see the seasoning bottle just behind the griddle where the buns are warming.

Man did the Laurel Tavern Donuts mini burgers hit the spot. They are very close cousins in look and taste to the last Royal Castle in Miami, Florida.

After finishing our mini burgers in the car, we searched for somewhere to fix our air conditioning situation. Unfortunately, it was a Saturday afternoon in a sleepy little town which meant the cards were stacked against us.

Right around the corner from Laurel Tavern Donuts, we pulled into a Jiffy Lube. The general manager, David, looked at our cooling problem.

He could have easily created some fees to charge us but instead, he tinkered around with the settings inside. So we continued on our way to Philadelphia, and within thirty minutes, the car was cold again.

Shout out to David; thanks, my man!

▶During their first few years of operation, the buildings resembled White Castles of the era.

▶The third Little Tavern location in Baltimore opened on January 29, 1931. The Tudor-style building that housed its debut at this location would be the signature look for all future Little Tavern structures.

▶In Laurel, Maryland, you will find the last Little Tavern. It reopened in 2008 as Laurel Tavern Donuts after having been in operation for sixty-six years, then closing in 2006. The original recipe for the burgers is on the menu.

▶As it pertains to Little Tavern Shops’ history, the expert is Diner Hunter, and you should check out his page.