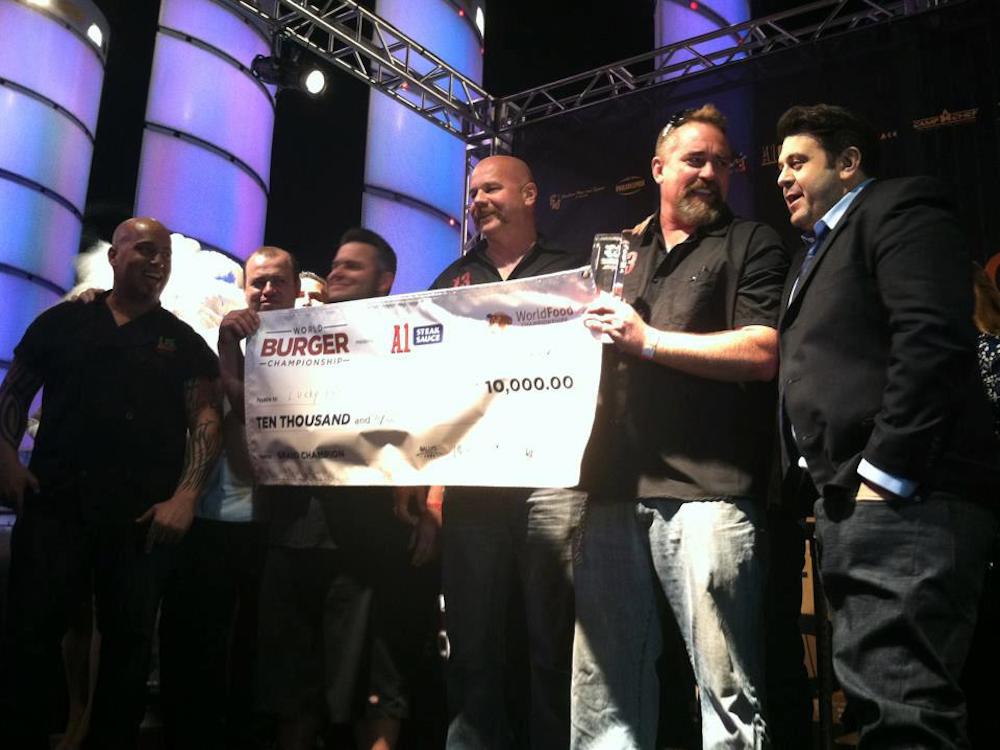 Yesterday at the first World Food Championships, Lucky 13 (135 West 1300 South) from Salt Lake City, Utah, was crowned the 2012 Best Burger in the World with their Spicy Candied Bacon Cajun Burger.

The World Food Championships are a first-time event taking place in Las Vegas and hosted by the Travel Channel’s Adam Richman.

The Burger competition scorecard is below.

Along with the title of Best Burger in World, they received a check for $10,000. Lucky 13 defeated nine other finalists with its Spicy Candied Bacon Cajun Burger.

For the finals, each team drew a different flavor inspiration that had to be showcased in their burger offering. Lucky 13 drew the Cajun-themed burger.

Other options included Southwest spices, Korean and Mexican. All recipes also had to include A.1. Sauce, the competition sponsor.

The burger contest was one of seven as part of The World Food Championships held last weekend in Las Vegas. They also crowned barbecue, chili, sandwich, chef, side-dish, and recipe winners. Each category champ then competed in a “Final Table” where a grand prize winner was named.

Congratulations to Lucky 13, and now I’ve got a Burger I need to hit up in Salt Lake City!