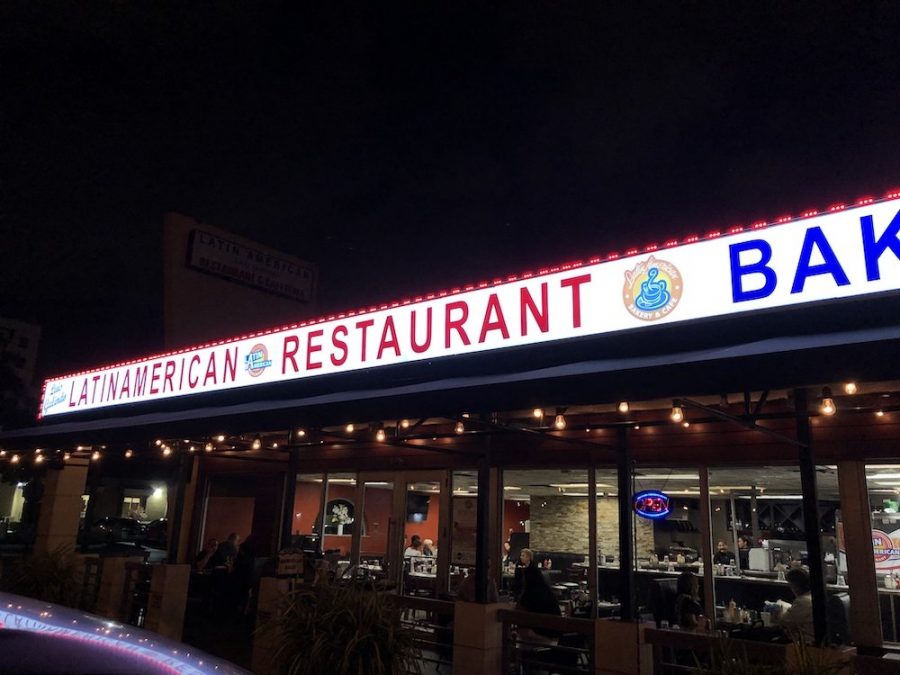 Once upon a time, there were two separate posts for Luis Galindo Latin American (899 SW 57th Avenue, West Miami) and its sister restaurant next door, Latin American Bakery & Cafe.

I have compiled both of them together below, making it easier for you to scroll through and see all the deliciousness they create in West Miami. Luis Galindo Latin American is my go-to restaurant for Cuban comfort food.

Whenever one of my out-of-town foodie friends or a local asks where they should eat, I direct them here. So sit down, take a load off and eat where your buddy Burger Beast goes for some of his favorite food in town.

June 17th, 2009 – I don’t eat in at Luis Galindo Latin American nearly as much as my parents do, yet I’ve eaten food here over a hundred times. All your favorite Cuban dishes are here.

The bread served as a snack for your meal is worth getting greedy over. Don’t hesitate to fight everyone at your table over it. The palomilla steak is excellent.

My favorite dish is the bistec de pollo a la milanesa (breaded chicken steak, tomato sauce, ham & cheese), probably the best I’ve ever had. And I’ve had quite a few in my time (keep your jokes to yourself, please). The croquetas are excellent also. My mother loves the grilled chicken and my dad, the sandwiches.

It gets full around dinner time, which is why I order take-out, but it travels surprisingly well. Nothing beats eating the food right there if you can stand the wait.

Oh yeah, this place is small and loud. So earplugs might be a requirement unless you want to listen in on your neighboring table’s life.

That might not be a bad way to pass the time while you wait.

Luis Galindo Latin American won two of my coveted Burger Beast Burgie Awards. In 2009 they won the Best Cuban Sandwich and in 2011 for the Best Bistec Milanesa.

March 8th, 2012 – Latin American Bakery & Cafe is one of the best things to happen to me food-wise in the last few years.

I love Luis Galindo’s Latin American Restaurant right next door, but sometimes it’s packed to the rafters. It forces me to order my food to go.

Enter the Latin American Bakery & Cafe (890 SW 57 Avenue, West Miami), which is not open as late as the restaurant but has a menu with sandwiches, freshly baked pastries, and desserts. It’s also right near where I live, which doesn’t hurt.

I come here for a few particular things. First, I always order the cafe con leche (espresso with steamed milk) with tostadas (buttered & toasted Cuban bread). It could be for a late-ish dinner at 9:30 PM or an afternoon lunch type deal, but it always hits the spot. There’s also no way you can come here and not put down a couple of croquetas, some of the best in the city.

No visit would be complete without a Pan con Tortilla (Omelette Sandwich). You can go the straight egg route, but I add the Cuban standard of ham and Swiss cheese. It is a great little sandwich with a perfect combination; trust me.

Even though both businesses are located next to each other and have the same owner, the croquetas taste different.

It’s up to you to decide which you prefer.

Cuban Food At Its Finest