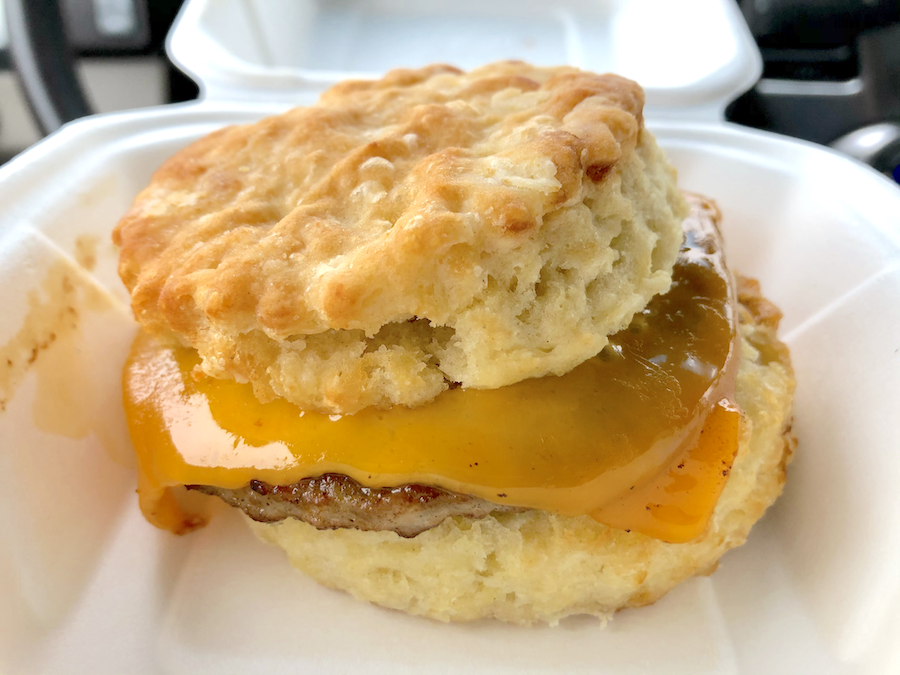 A few years back, I was on a weeklong vacation in Jacksonville with some friends. Maple Street Biscuit Company was near the top on my long list of restaurants I wanted to hit up.

One morning we picked up a sack of breakfast biscuits to eat at our Air BnB rental. The size of the biscuit initially caught me off guard.

Now, this was a heavy-duty sandwich to be eating for breakfast. I’m accustomed to dainty sandos in the morning.

Back in Jacksonville for a Revisit

The following year I would return with Marcela, but this time we ate inside. She ordered the Risky Biscuit, one of their biscuits open-faced and smothered in sausage gravy. It was nuts.

If my breakfast sandwich hadn’t been so filling, I would have attempted eating one. Instead, we took home a half dozen biscuits on our last day in Jacksonville.

Meanwhile, in Celebration, Florida, there was a similar-styled restaurant, Holler & Dash. We ate there a few times between 2017 and 2019.

It was good but not on the level of the Maple Street Biscuit Company.

Well, it turns out that just as the pandemic was hitting, Holler & Dash shut down and was transitioning to a Maples Street Biscuit Company restaurant. I had no idea that was happening.

I was in Orlando with the sole mission of eating from Swine & Sons. The following morning I told John that maybe we stop at Holler & Dash to grab something for the drive home.

Our horror at finding out they were closed quickly changed to joy when we found out what replaced them.

A couple of biscuit sandwiches and cups of coffee later, we were on our way home to Miami. Unfortunately, Marcela skipped the two-day trip, but she was the lucky recipient of a half dozen biscuits she shared with me over the following few days.

UPDATE: There is now a Maple Street Biscuit Company in Pembroke Pines within 20 minutes of me.