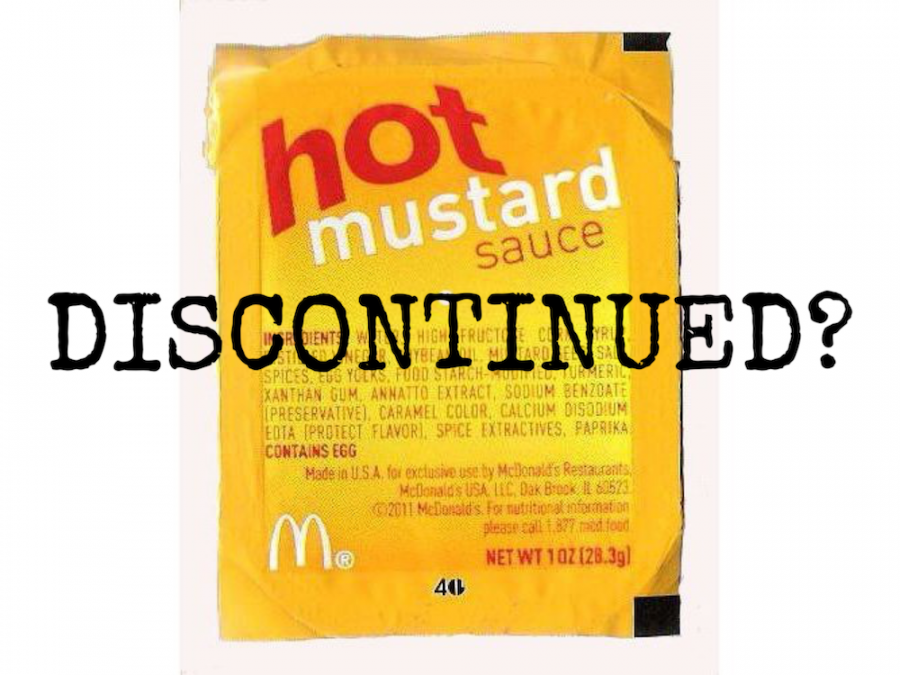 Save McDonald’s Hot Mustard! But first, let’s go back to where my conspiracy theory about my perceived end of Hot Mustard’s Chicken McNugget reign began.

Late last year, McDonald’s introduced a bunch of new dipping sauces for their McNuggets. I’m usually suspicious when any restaurant adds a new line or revamps anything.

I think it’s the old magician’s trick of redirection, watch over here while I do this over there.

I mean, I remember when the Chicken McNuggets were introduced at McDonald’s. The choices for sauces were BBQ, Sweet n’ Sour & Hot Mustard.

I never really got into the other sauces, just like I don’t care for any new sauces introduced last year. For me, Hot Mustard has always been where it’s at.

Nowadays, I eat Chicken McNuggets every couple of months when the craving strikes me. So at this point in the year, I’ve probably had them about 4 or 5 times.

What had me thinking they might start phasing out the Hot Mustard began about three months ago. I asked for Hot Mustard, and when I got home, there was no sauce at all.

Ok, it happens to the best of us!

Next time, I ask for Hot Mustard, and when I get home, there’s Honey Mustard. It’s also when I noticed the Chicken McNugget box inside lists all the sauces except for one.

My grainy conspiracy-like pic of the inside lid of a McNuggets box. I know that something is definitely up with the Hot Mustard.

So I emailed and asked McDonald’s public relations company. They claim it’s still part of the sauce line-up. It doesn’t make any sense.

Let’s be honest, I didn’t for one second think they would come clean and just answer that it’s on the outs. If it is about to become obsolete, should we all stock up?

Will we be forced to make this copycat recipe to fill the sauce void left in our lives?