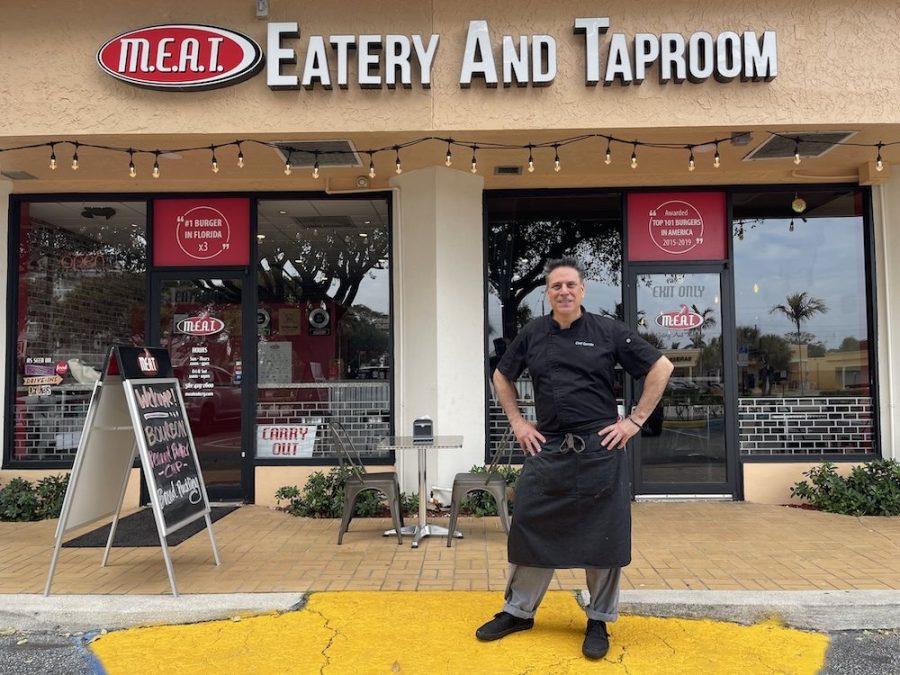 Since the day I walked into the original MEAT Eatery & Taproom in Islamorada, I knew I was in for a treat. The restaurant has a vibe in the air, an I’m on vacation and about to have some great eats vibe. About a year and a half later, their second location opened in Boca Raton. This time they were located on the ground floor of a commercial office space. The food was great as usual, but those vacay vibes weren’t there.

Flash forward to January 2021, and now MEAT Eatery & Taproom (2831 N Federal Highway, Boca Raton) has found a spot that recaptures that MEAT atmosphere. Visually, it could definitely pass for a fraternal twin of the original spot.

*Chef & owner George Patti (former Burger Beast Burgie Winner for Best Chef) has brought all of my your favorites. I’m talking about that ridiculous Wisconsin Beer Cheese Soup and that palate lover, the Chorizo Patti Sandwich (now with a Chimichurri Aioli). Even his fried chicken sandwich with chipotle sauce and a honey drizzle has game, don’t sleep on that fella.

There is one thing that I implore of you, save room for dessert. I’m not one to say that often but whenever bread pudding is available, just blindly say YES! The day we were there, a Bourbon Peanut Cup Bread Bread Pudding graced the menu. Scroll down and check out what you’re missing.

I know…it’s better than it looked and you should believe that, cause I believe it too.

*Chef Patti and I have been friends for many years and he graciously gave me the employee discount on our food. It was not necessary but it was appreciated. Also, it had no bearing on what I wrote cause I could have easily written nothing if I didn’t enjoy my meal. Those are the perks of being an independent publication.