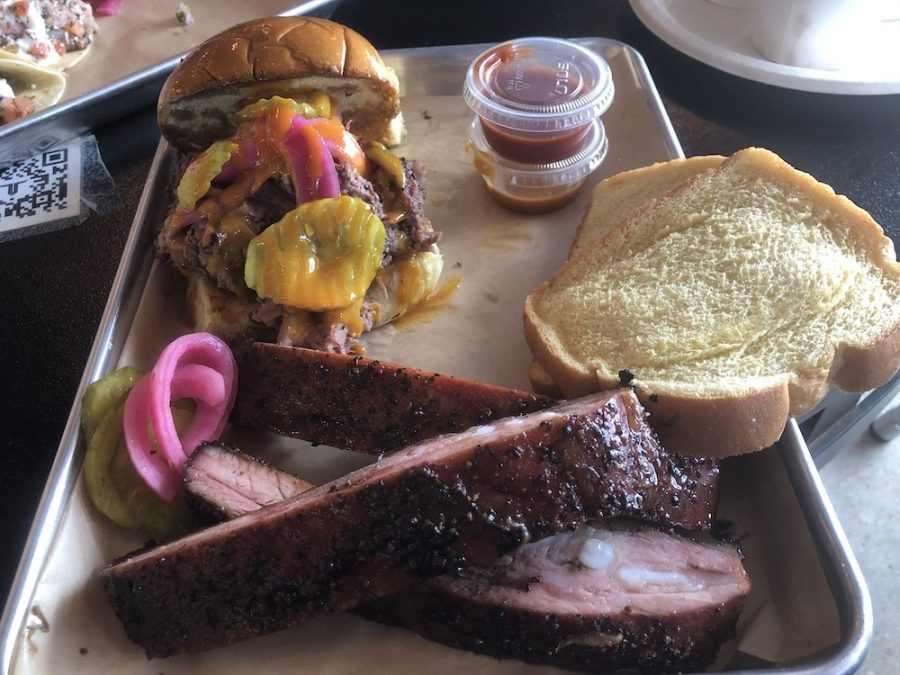 The pandemic has given rise to some new Miami food vendors with a unique skill set who have unleashed their specialties on us. It’s been over six months of this lockup, so I’ve tried plenty of these food artisans who have turned their passions into new business ventures.

Here are five more locals that are making something delicious. We need to go out and support them. They might be the next great ones everyone will be talking about.

AJ’s Sinnabuns are cinnamon rolls made from a brioche-base. There are currently four different flavors and two sizes. The four flavor profiles are the original cinnamon roll, Oreo, guava-cream cheese, and strawberry. The regular size comes six to order, with the lil’ buns bringing twelve per tray.

I have yet to try the Oreo, but while that Gloria Estebun is great, but I’m not sure that OG can be topped. You might be inclined to get the larger size; I wouldn’t. Those lil’ buns are just perfect with your afternoon coffee.

AJ’s Sinnabuns is available for pickup in the Palmetto Bay area and can be delivered at a nominal fee.

Sinnful – 8 Hour Raised Brioche Sinnabun filled with a special mix of cinnamon, butter, and sugars topped with Our Homemade Strawberry Cream Cheese frosting and topped with freshly sliced strawberries.
$12 and $14

Orders can be placed from Tuesday through Friday with pickup at 11:30 AM on Sunday and deliveries after that.

Before we even get into food talk, I love the Apocalypse BBQ name, but I love the Natural Born Grillers tagline even more. Your safest bet so you can try a good majority of all the good sh*te is to go the platter route. I chose the brisket family platter and threw in some ribs too.

I’d ask for a side of that Mango Tango sauce, and you must absolutely, no matter what, order some of the Ma’s Nutter Butter Banana Pudding. I still wake up from a nightmare where my wife ate all of mine and left me having to wait for the next week to order more.

Direct message Apocalypse BBQ through their Instagram to place your order for pickup in Kendall on Saturday afternoon. No delivery is available.

When I first tried Eleirlerd, it was at the suggestion of my friend Thomas. I ordered one of each flavor of small Tres Leches along with a Medium size (more for families or sugar maniacs). My top three were Traditional, Guava, then followed by Key Lime (in that order).

Then surprise, they added a killer Banana Bread and, more recently, Bizcochos. I think the Banana Bread Cups might be the way to go cause my wife Marcela and I plowed through the full size like it was going out of style. Hot damn, it was so freakin’ good!

My meaty eyes had been watching La Traila Barbecue doing popups all around town. After making plans to hit them up on a Saturday, the Miami weather had other plans for me. I finally caught up with them at Unbranded Brewing in Hialeah.

They were there every Saturday & Sunday serving their Texas-style Que. Now, they’ve got a permanent location in Miami Lakes at 8030 NW 154th Street.

Somehow the brisket and garlic sausage escaped me on this visit but I enjoyed everything else. I didn’t know what to do with myself when I saw a smoked brisket burger on their menu. This was flavor overload. Get that burger; it’s an order, damn it!

Oh yeah, I loved that Potato Salad too.

I’ve been a wrestling fan for a large portion of my life. I’ve finally come to my senses, but I can appreciate the passion behind the wrestling meets donut concept. I attempted one once many years ago.

There are nine donuts to choose from, but we were only getting four. Marcela chose one, and I picked out the other three, totally fair, I thought. Her choice was the You’re Fired!!!, which is essentially a Smores Donut on roids. I would have ordered that based on its name alone.

The regular glazed, espresso glazed, and maple bacon rounded out our donuts. I was all about the glazed and maple bacon, but Dee Cafecito X definitely won for best donut name!

I’m now hoping for a donut inspired by George The Animal Steele.