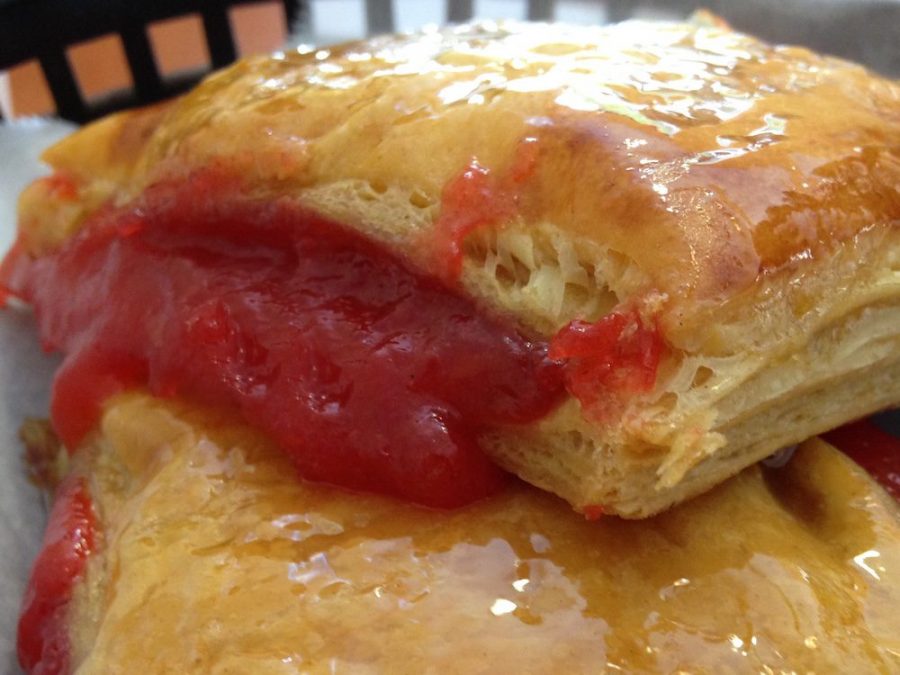 In the early days of the Miami Food Truck scene, David Garcia (owner of La Camaronera) invited me to Pastelmania Bakery (1989 W Flagler Street) for a cafecito and a pastel de guayaba. I was hooked and went back the following two days to try out more of their pastelitos.

Over the subsequent years, I’ve obsessed over two particular items on the Pastelmania menu, the pastel de guayaba, and the esponrru.

The Pastel de Guayaba from Pastelmania

Suppose you’re not from Miami and have never had a “Pastelito,” then you don’t know what you’re missing. A Pastel is a flaky puff pastry filled with guava, guava cream cheese, coconut, or beef. Over the years, the filling has evolved to way more.

What is an Esponnrú, you may be asking yourself? It’s a Sponge Cake Rusk. But, unlike most of the ones you will find out there, this one is moist. Pastelmania sells them 5 to a pack, and they go down perfectly with a Cafe con Leche (Warm Milk with Espresso).

WARNING: Do not set the bag of Esponnrú on the couch when watching TV or on your desk when you are surfing the web; you will eat them all. I know this from experience.