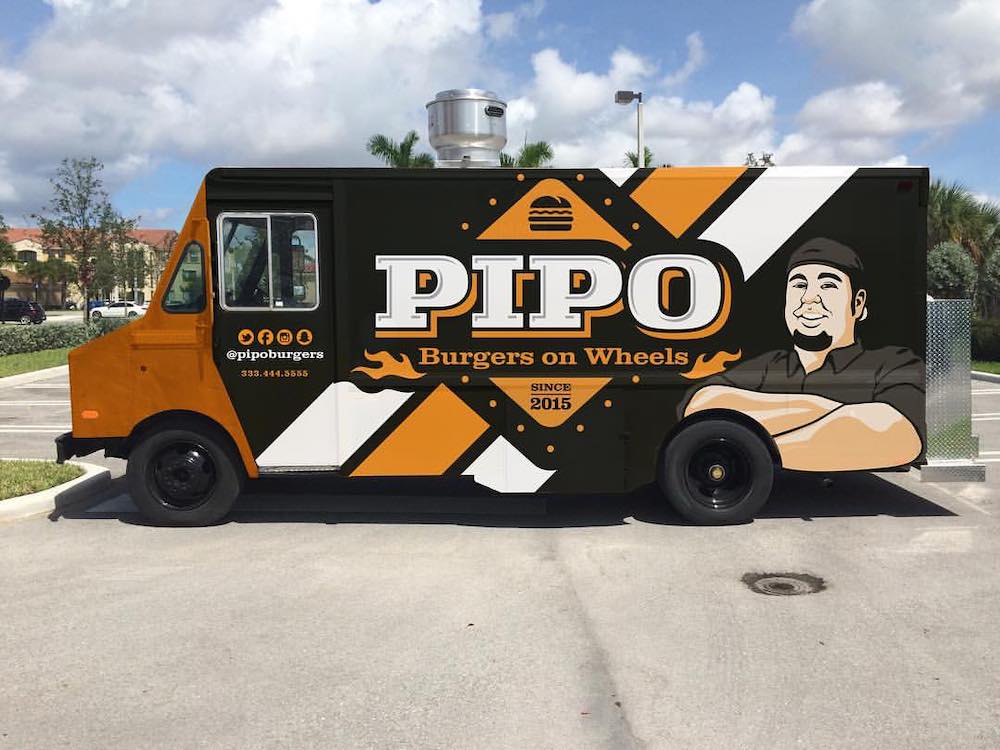 I had been tracking Pipo Burgers on Wheels food truck since it first started parking late nights in the Doral area.

Every-time that I drove by, it was not just packed but crazy packed.

For a short time, there was also a Pipo Burgers restaurant.

It was at their temporary location in Hialeah that I finally ate from Pipo Burgers.

I fully intended to eat only the burger and maybe the fries.

And then there it was on the menu, one of my Venezuelan weaknesses, the cachapa!

What’s a cachapa, you say? Well, it’s very similar to an arepa.

You should think of them as a corn pancake served half moon-style stuffed with their hand-made cheese (queso de mano) slathered with butter/margarine, then topped with cream and grated cheese.

When I tell you it’s unbelievable, that’s an understatement. I love cachapas so much that if you said to me that you don’t like them, then we couldn’t be friends.

Honestly, though, Pipo Burgers’ cachapa is a home run.

I was really at a loss trying to figure out what would be the burger I’d eat. The waitress suggested I try the FritiBurger.

I’m not a ketchup on my burger kinda guy, but the flavor combinations going on here defy logic.

I thought it wouldn’t work. Yet not only did it work, but it was beyond excellent.

This sounds like the late-night creation of a drunk. If that’s the case, drink Pipo drink.

The bacon cheddar fries were great but a little too much combined with the cachapa and Fritiburger.

I’ll definitely try the truffle parmesan fries on the next visit.

The *Maracucha Burger is topped with potato sticks, queso de mano, housemade green sauce & ketchup. I requested no slaw (repollo) on this one. It’s a very similar burger to the FritiBurger I had on the first visit. I prefer it this way minus the maduros.

WARNING: This is a highly addictive burger.

I’m mostly over the whole truffle fries movement, but these were pretty good.

*In case you were wondering, “Maracucha” refers to someone from Maracaibo, Venezuela.

Last but not least, I drank some chicha, a Venezuelan rice milk drink.

It tastes very similar to Mexican horchata, but it’s much thicker.

The flavor is reminiscent of an arroz con leche (rice pudding).

I’m not exactly sure if it’s meant to be dessert, but I enjoyed it as one.

There you have it, Pipo Burgers was a great find.

Pipo Burgers can get busy during the weekend.

Don’t let the crowds scare you off.

Pipo Is Waiting For You: