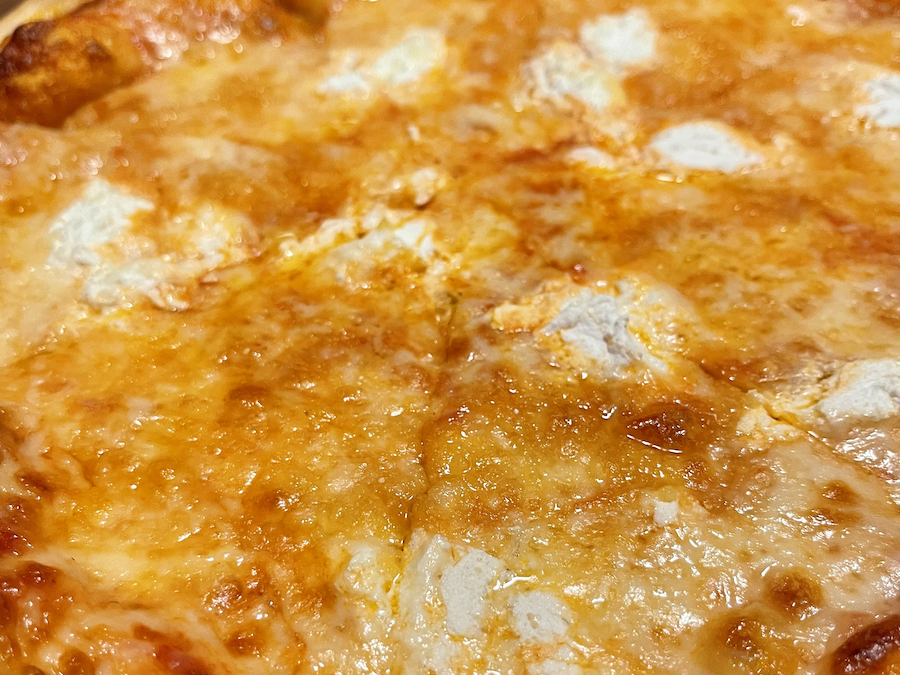 When my bud Paul texted me about Powerbomb Pizza, I was ashamed to say I had no clue what he was talking about. It turns out that Pro Wrestling Tees has partnered with professional wrestlers and their families to create namesake pizzas for these legends.

WHEN YOU PURCHASE A PIZZA, PROFITS FROM THAT ITEM GO DIRECTLY BACK TO THEM.

from the Powerbomb Pizza About Us page

We’ll leave that there to sink in and hope it’s some real financial gain from this ghost kitchen (definition) for the fellas. I’m not a fan of ghost kitchens because of their inconsistent nature, so I’m not expecting much.

What Did I Order from Powerbomb Pizza?

If I were approaching this the way I order from a new burger joint, I’d be interested in the Legion of Doom Chicago Street Fight Pizza (Italian beef, giardiniera & mozzarella cheese).

Now, knowing this is a ghost kitchen, there was little hope on my part that this could be executed properly, much less when I’m paying $21 for the LOD small (jobber), $25 for the medium (mid-card), and $33 for the large (main eventer).

The pizza joint producing this for Powerbomb Pizza in my area is a twenty-minute drive from my home. Another factor that makes me think this could be a total debacle is if there’s traffic on the way to me.

The Eddie Guerrero Latin Heat Wings look tiny on the website, so it’s a no-go on those. Instead,Gangrel’s Fangtastic Garlic Breadsticks will have to be for it for appetizers.

Unlike the website picture and name, these are not breadsticks but more like breadstubs (2 inches); at $11.80 for four pieces, it’s outrageously overpriced.

They were oiled up and toasted with a light garlicky flavor. My options for dipping sauce were either marinara or ranch; I chose ranch and splurged on the marinara (an extra $1.25).

The ranch sauce was run of the mill, and the marinara was so watered down that initially, we thought they had mistakenly sent us hot sauce instead.

Of all the wrestlers involved, I’m a mark for Mick Foley and Big Van Vader. So, it’s not hard to guess what I’ll be ordering. It’s only my wife Marcela and I eating tonight, and it would be a tad excessive to order two pies, so that’s exactly what I did.

The Four Cheeses of Foley (mozzarella, parmesan, provolone, romano) seemed to be missing provolone, and ricotta was in its place. If you like cheese, then this is your fella, but cheese for the sake of cheese isn’t necessarily great.

The pizza itself was not bad; it could have really done with a punch of flavor. The Four Cheeses of Foley 12-inch pie set me back $18.70.

Vader’s Mastodon Meat Lovers Pizza (sausage, pepperoni, bacon & mozzarella cheese) was more disappointing. Again, the pizza itself was not bad, yet I wouldn’t consider this a meat lovers pie.

Seven thin slivers of Italian sausage, ten pepperonis, and real bacon bits were concentrated in the middle; a meat lovers pie this does not make.

It pains me to say this; Unfortunately, it was not Vader time. The Vader’s Mastodon Meat Lovers Pizza 12-inch pie set me back $19.25.

The winner for best branding goes to the Brutus “The Barber” Cheesecake. It was also the winner for the tiniest portion.

Brutus was solid flavor-wise; still, this was not made in-house, which kinda sucks. The small 4-inch slice of cheesecake is $9.50

I’ve watched pro wrestling since the early 1980s. The idea of Powerbomb Pizza hooked the leg on me just like that wretched WCW restaurant in Vegas, and awesome Abdullah’s House Ribs & Chinese Food did in the past.

When I placed my order, a Buy One Get One promo was in effect with the Gangrel, Foley & Brutus dishes. It wasn’t as brutal financially as it could have been, but if you’ve got cash and wanna spend it to support your favorite wrestlers, you should look elsewhere.

Where are those WWF ice cream bars from the 1980s when you need them?

The Four Cheeses of Foley

Bret Hart’s “Best There Ever Was” Supreme Pizza

Where can you find Powerbomb Pizza?