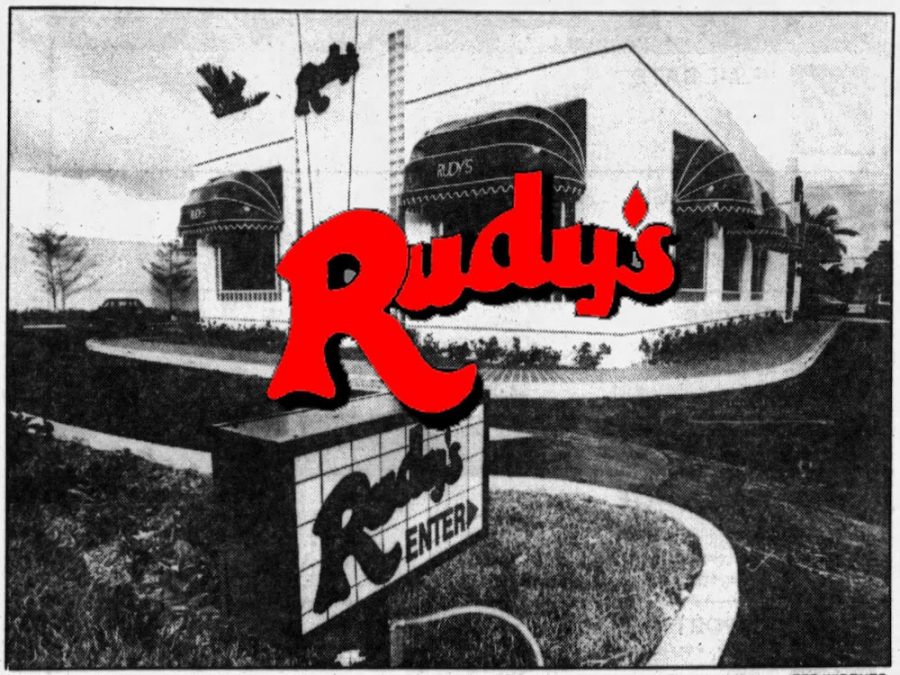 Rudy’s Sirloin SteakBurgers was a chain of Burger joints in South Florida from 1984 to 1991 (the last year, I remember seeing one open). Douglas Rudolph was the man who brought Wendy’s to Miami-Dade County in November of 1977.

He later sold off those 22 Wendy’s South Florida locations in 1983 and founded Rudy’s in 1984. Rudy’s was a hybrid of fast-food burgers like Wendy’s and the little more upscale Fuddruckers.

I can remember as a kid having a hard time making the tough decision between which I liked better. I preferred Rudy’s mostly because I love char-broiled burgers.

By January of 1991, Rudy’s, which was down to four locations, was sold off. According to the article below from the Boca Raton News, the plan was to expand the Rudy’s Chain, which never materialized.

The last time I ate at Rudy’s before they shut down was mid-1991 with my parents & grandparents.

Got any memories of Rudy’s Sirloin Steakburgers?

Leave them below; I’d love to hear them.

One last important piece of info, Douglas Rudolph is now the CEO at Tap 42, and the burgers are excellent as expected.