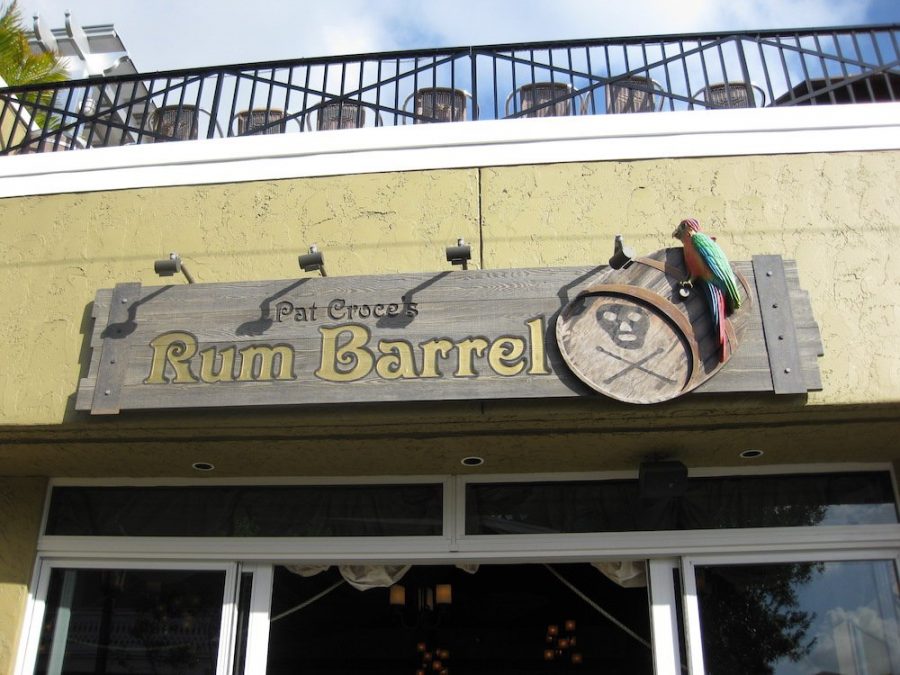 After walking out of Hog’s Breath, Marcela and I decide to check out the Pirate Soul Museum (528 Front Street, Key West). For those of you considering checking it out, it’s got lots of very cool authentic pirate artifacts like one of the two Jolly Roger (skull and crossbones) flags still in existence from that era. There was also an audio sensory storytelling portion in the dark, which was different and very relaxing.

If you decide to go, eat at the Pat Croce’s Rum Barrel first so you can get a discount off your entry, just like we didn’t do. The Rum Barrel is located right next to the Pirate Soul Museum. It’s an impressive looking themed out bar, but we decide to take a table instead. I wait while Marcela goes to wash her hands. After an hour of waiting, just kidding, she really did wash her hands. While she is gone, I look over the menu.

I promised her that we would only have some drinks since we had just eaten less than an hour ago. I couldn’t help myself so I order 13 wings tossed in Damn!, their hot sauce, and 3 mini burgers. Look, I behaved!

The mini burgers were delicious and made me wish I had ordered their regular burger instead. The fries were ok, as was the side of cheese sauce.

As for the wings, Marcela would be the person to ask. She devoured those things as if she was about to walk the plank (I couldn’t resist).

The sauce tasted like Frank’s RedHot, which would explain why Marcela loved the wings so much, it’s one of her favorites. There’s also a pretty awesome gift shop for any pirate fan at the end of the Pirate Soul Museum. It’s also accessible without the tour if you don’t want to check out the museum, but you should matey!

*The Rum Barrel has since closed permanently but the Pirate Soul Museum moved less than a year after our visit to St. Augustine, Florida.