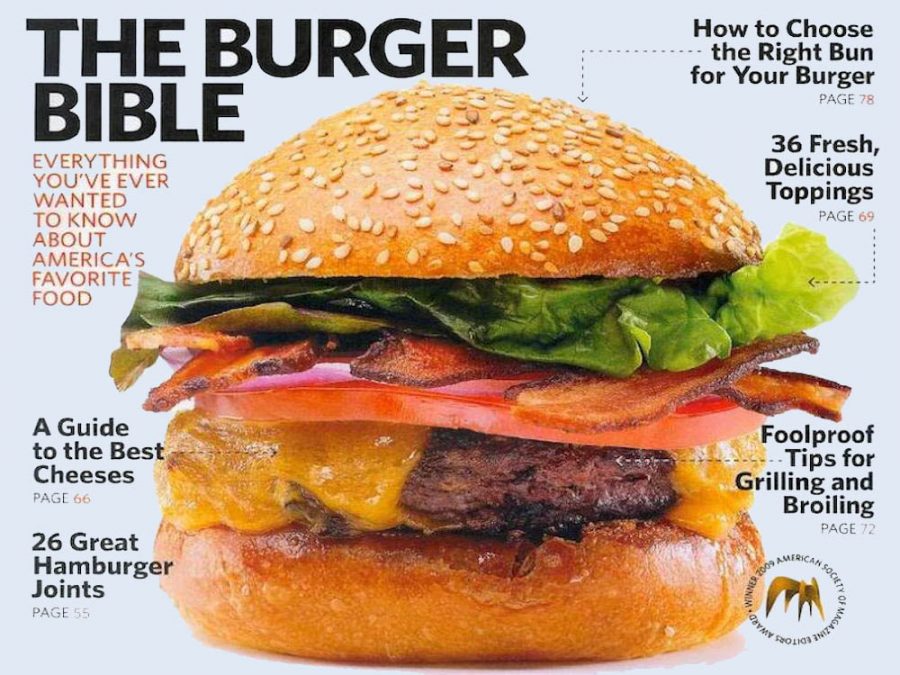 Savuer’s The Burger Bible received street cred at the time of its release because George Motz of Hamburger America fame wrote an article on Sid’s from Oklahoma for the issue.

Saveur: The Burger Bible issue came out in September 2009.

A few months before that Food Network Magazine’s June/July 2009 issue was also burger-centric.

The Food Network’s issue mentioned the Ultimate Burger in every state.

“A World Of Peppers,” an off-topic article in the issue is also a great read.

This is a definite must-have if you’re a burger collector.

At this point, I’d suggest trying to find one on eBay.

George Motz mentioned at the time of the issue release that Savuer had asked him to submit two pieces, only the profile of Sid’s in El Reno, OK made the cut.

The other article about In-N-Out‘s Double-Double Animal Style never saw the light of day.