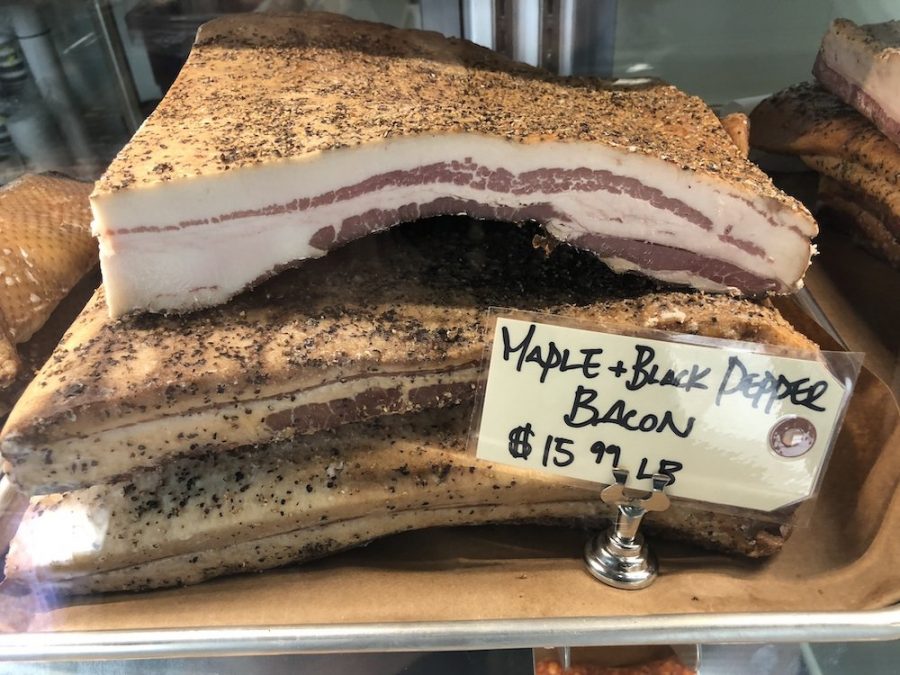 When I tell folks to check out Babe’s Meat & Counter (9216 SW 156th Street) they’re sold until I mention the shop is down in Palmetto Bay and their tune changes. Don’t be like one of those fools, the drive is worth it.

I officially met Babe’s Meat & Counter right when they began their adventure as Babe Froman Fine Sausages. They started slowly and would set up shop at markets around town. The Fromans (just kidding, their actual names are Jason & Melanie Schoendorfer) were barely a year in the biz when they participated in my 2013 Hot Dog Fest.

Jason and Mel’s growing company Babe Froman would go on to become legends of the Pinecrest Farmer’s Market, where they sold their housemade sausages, artisanal bacon, and sandwiches.

After grinding it out for almost 5 years and participating in all the right events (which popularized them within the food community), they had a big announcement.

In May 2018, the rechristened Babe’s Meat & Counter would open its doors in Palmetto Bay, Florida. Now, they were able to expand their variety of meats.

This specialized shop was not solely focused on the meats but also carefully curated snacks, sweets, and drinks that complimented their selection.

The breakfast and lunch menu features some of the best eats in South Florida. Mel is Canadian, so a real deal Poutine and Montreal Smoked Meat Sandwich make a perfect combo for lunch. Plus, the super tasty Babe’s Burger has been breaking hearts since its addition to the menu.

There are a few counter seats inside with a nice view of what’s going on in their kitchen. I usually sit at one of the four seats outside to enjoy my lunch. I’ve been known to sit in my car and enjoy my grub there.

Don’t try to drive home with Babe’s Meat & Counter sitting on the front passenger seat; it’s torture you do not want to endure. One last thing, if there are any sausage rolls in the warming cabinet, buy them. Trust me!