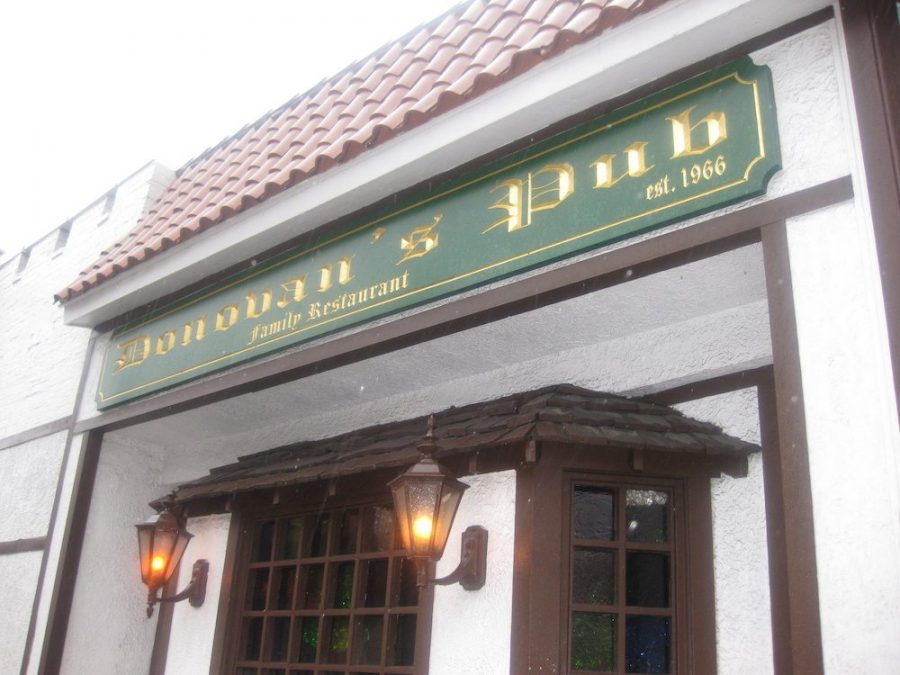 There’s no way to miss the giant banner on the side of Donovan’s Pub (5724 Roosevelt Ave
Woodside, NY) proclaiming them to have the #1 burger in New York. The layout inside is what you would expect from an Irish pub from 1966 with its dark wood, stained glass windows, and low lighting.

The food is standard Irish pub fare like Sheppard’s pie, fish & chips, and burgers. My friend Linda ordered the ribs, which were surprisingly good and falling off the bone. While Carlos and I ordered burgers with cheese and bacon, my wife Marcela ordered the Sheppard’s Pie.

The Sheppard’s Pie, while having all the right components: potatoes, veggies, and properly seasoned beef, was solid but not exceptional. The hand-cut steak fries were delicious, but for someone to claim they have the #1 burger in New York, that’s a bold claim.

The burger was great; it was juicy with crispy bacon and American cheese. It definitely falls into the pub burger category. As far as pub burgers are concerned, it’s probably near the top. Is it the best burger in NY? I don’t think so, but there’s always plenty of room for a great pub burger in New York.