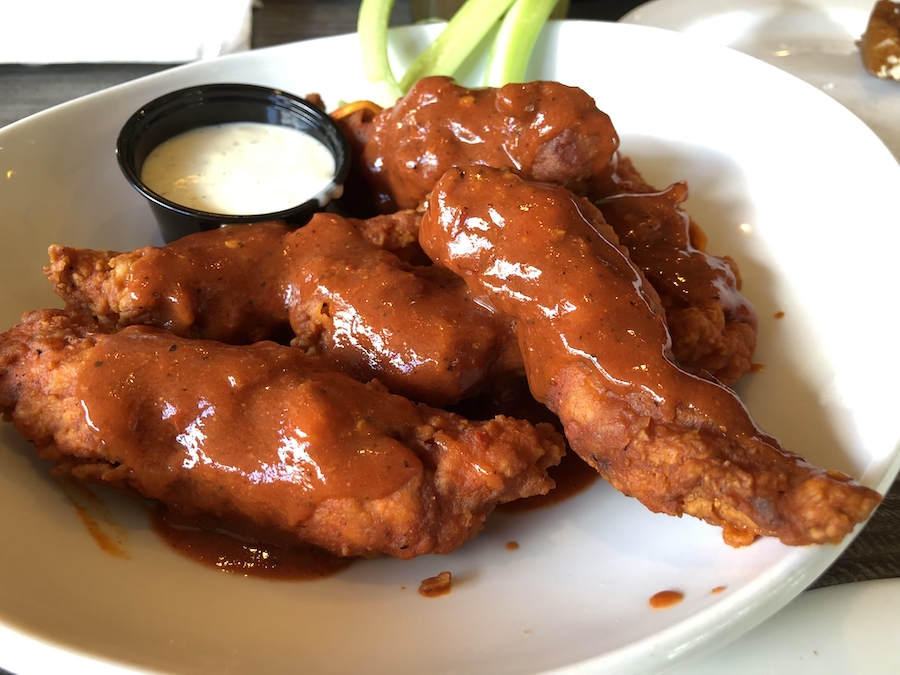 My fascination with Miller’s Ale House (3271 NW 87th Ave Doral) can be traced back to 1996 when a co-worker told me about the Pines Ale House. What I remember most about my first visit was their microbrews (which were horrendous, by the way, and no longer served) and their spicy chicken fingers, aka Zingers, which were the exact opposite.

Since always, my three must-haves are the chicken nachos, Zingers in Mt. St. Helens sauce, and the big red chicken sandwich. Recently, I ate one of their hand-pattied 1/2 lb. chargrilled burgers.

I skipped out on the lettuce and tomato, so it was only the white American cheese and peppered bacon on that beautiful sesame seed bun. Great job by the Ale House; this fella is a winner.

It’s pretty hard to get out of my routine, but when a few of us and sharing comes into play, I can order things like the fried jalapeños, giant soft pretzel, mac & cheese, cheesesteak, and that devilishly good Zingers mac & cheese.

No complaints from me on any of those.

I love that all these years later, Miller’s Ale House is now all over South Florida. I mostly frequent Doral, but I have eaten at the Coral Gables, Kendall, and Palmetto Bay restaurant locations.

And Doral is still my favorite of the ten locations I’ve visited, and also where I order pickup & delivery when eating with my folks at their house.

November 3rd, 2008 – I’ve never really come to the Doral Ale House to get a burger, but I have ordered it occasionally. Then a few years later, I ordered it again, and so on.

So I come here for the beer deals, Marcela for the drink deals, and we both come here for the Zingers. Also on their menu are the chicken nachos (nachos covered in chicken and melted cheese with a side of lettuce, sour cream, jalapeños, and salsa).

These things are immense, and it takes about four people to put this down or two who are trying hard.

The Zingers have branched into their menu with four different sauces (garlic, BBQ, sweet & sour, and honey mustard) and four different heat levels. In addition, there are 11 burgers on the menu if you count the turkey burger and the mini burgers.

I’ve probably tried half of them. I recall having the Hickory Burger (Southern BBQ sauce and cheddar cheese) once, but it was not memorable, which I guess is better than having a negative memory.

This time, I had the British Burger (Swiss cheese and bacon) and found myself again with a momentary memory lapse. I was kidding. I like some things at the Ale House, but the burger is a standard ordeal.

It’s not horrible, not exceptional, and just good enough; for some people, that’s ok. For example, I know that the sandwich to eat at the Ale House happens to be the Big Red, a boneless fried chicken breast tossed in hot sauce and covered in cheddar and jack cheese.

For you wimpier folks out there, you can choose any of the Zinger sauces on the Big Red instead of the hot. I’m not sure if everyone knows that BBQ sauce is another good way to go.

Last but not least, leave space for Captain Jack’s Buried Treasure. It’s worth the overindulgence.