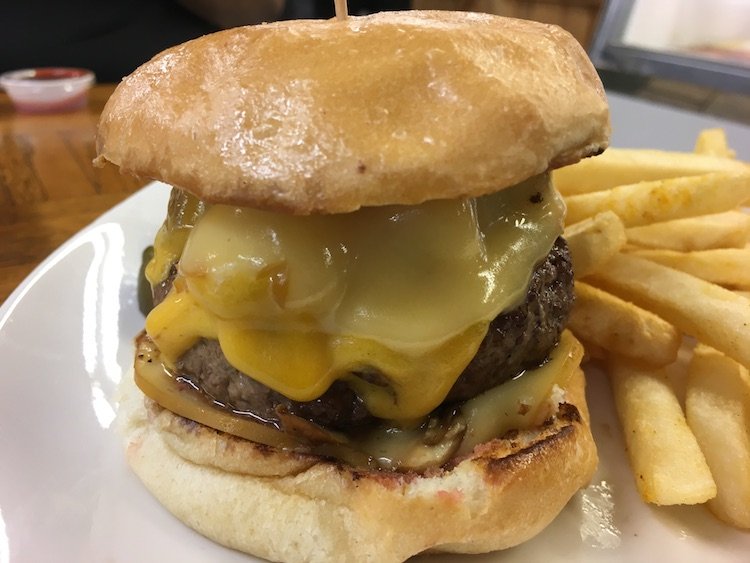 I initially drove right past Pinegrove Market and Deli. We’re (I was with my cousin Fred) in a neighborhood cruising around and then next thing you know, Pinegrove is there. We arrived about ten minutes too early so we sat outside in my car impatiently.

It’s not very big inside but that certainly did not stop our excitement when we saw the butcher counter across from us and the giant chalkboard next to it. We were greeted by a gentleman to our immediate right standing at the counter under the “Order Here” sign asking if we had been there before. We had not.

It was still on the early side so while breakfast was under consideration for our meal, my mind was set on lunch fare. All hell broke loose (aka we ordered a bunch) once we placed our initial order and before we knew it there was a second order in the books.

The burgers are ground in house and the beauty that I enjoyed, the Big Bud Burger (8 oz. burger topped with fried Jalapeños, sautéed Mushrooms, Gouda & Cheddar Cheeses on a grilled Brioche Bun) was exactly what I needed. I normally would steer clear of a burger with so many toppings but that Gouda Cheese and fried Jalapeños combo called out to me.

We ordered about 8 items from the menu, most are pictured below and barely made a dent on trying everything. It was a thoroughly enjoyable experience and those Chicken Sliders were killer.

If I lived in Jacksonville, Pinegrove would be my first and only stop to pick up steaks for grilling at home. The burgers, well…those I’d eat in. 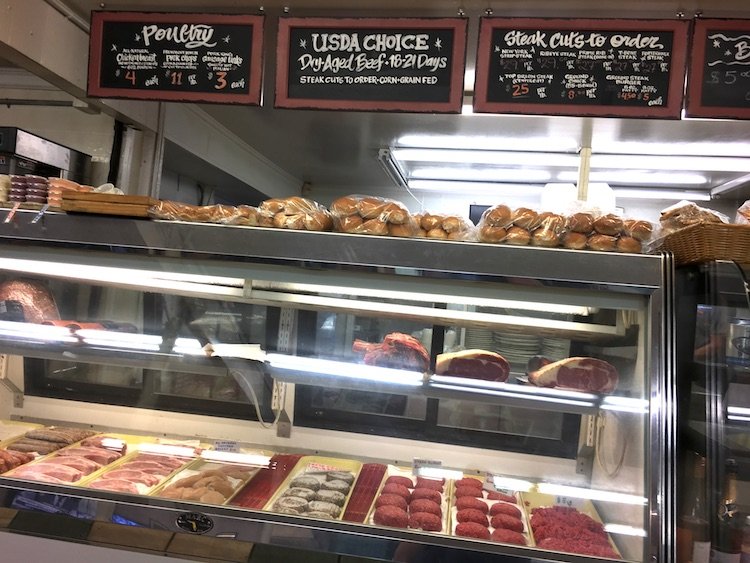 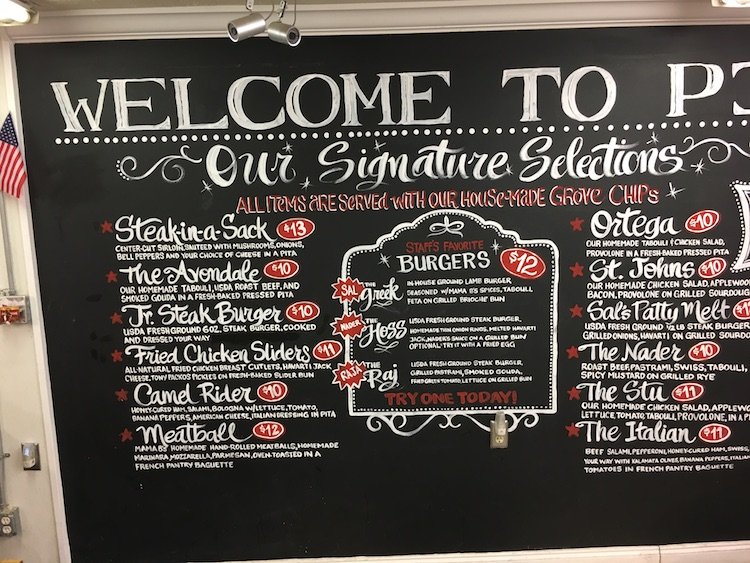 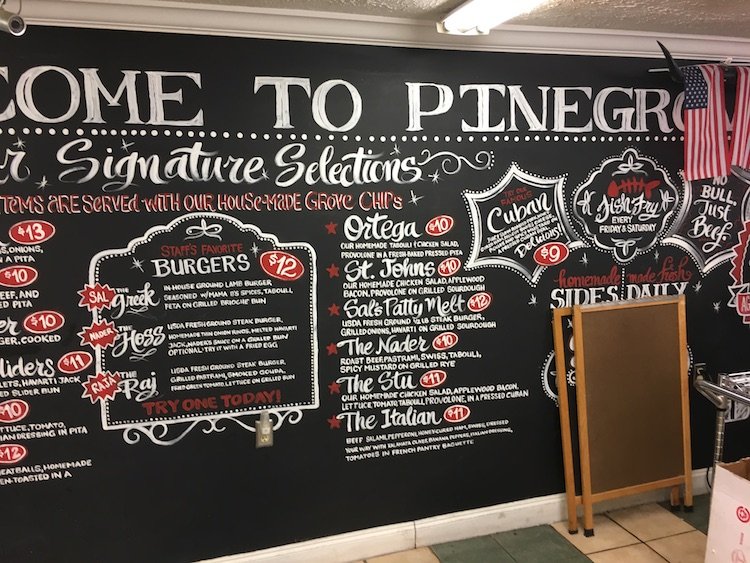 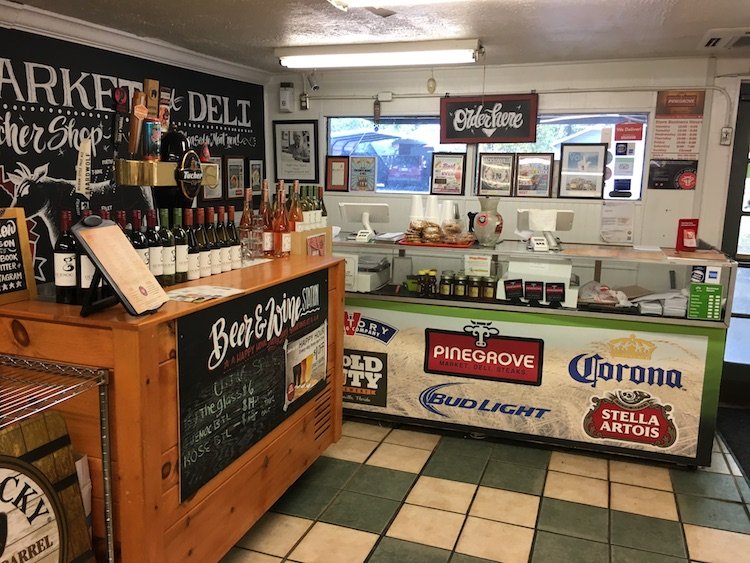 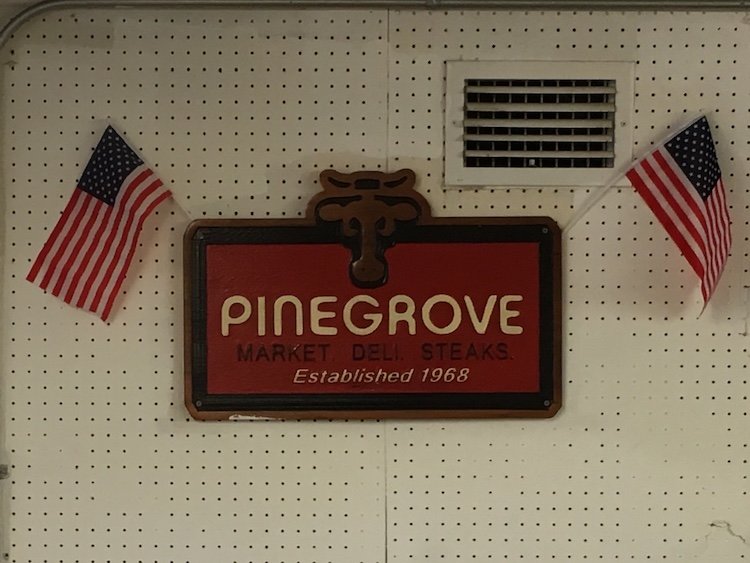 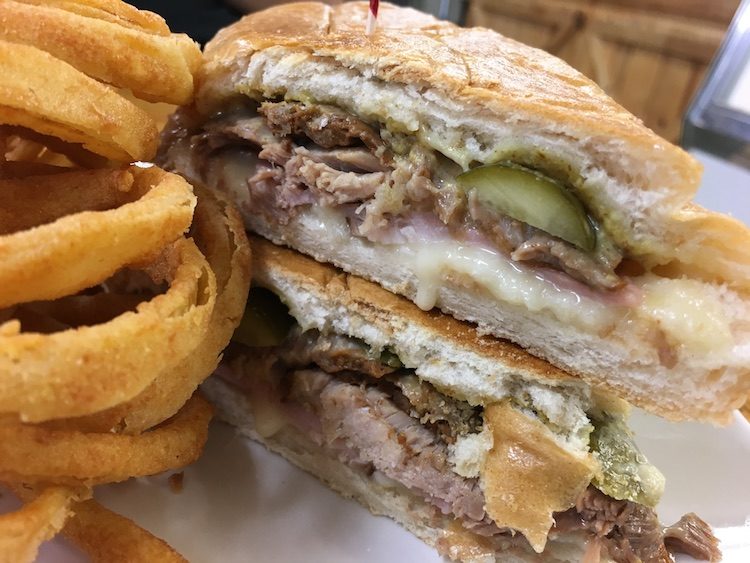 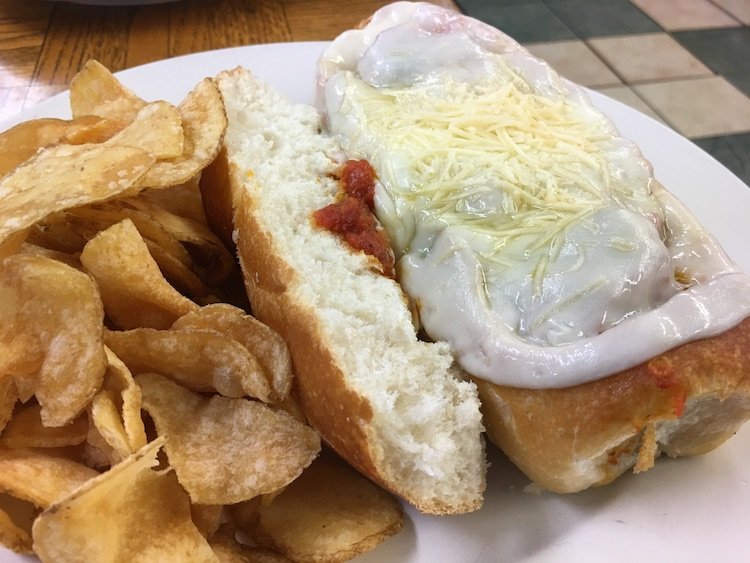 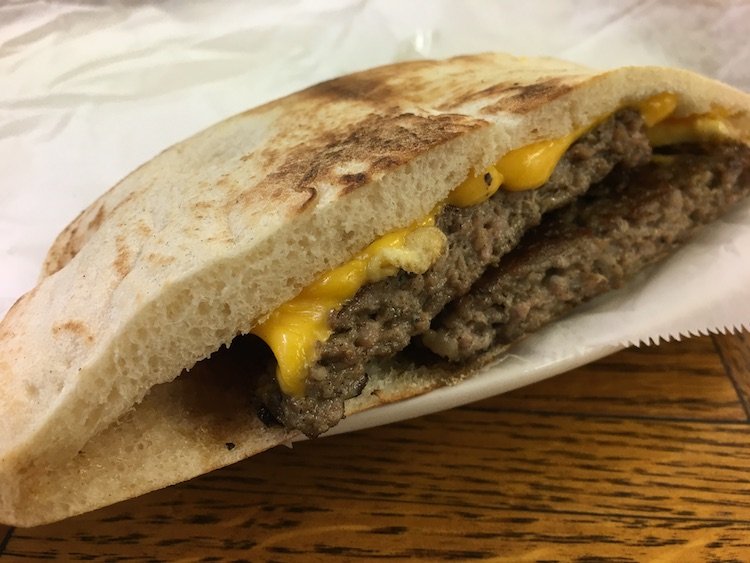 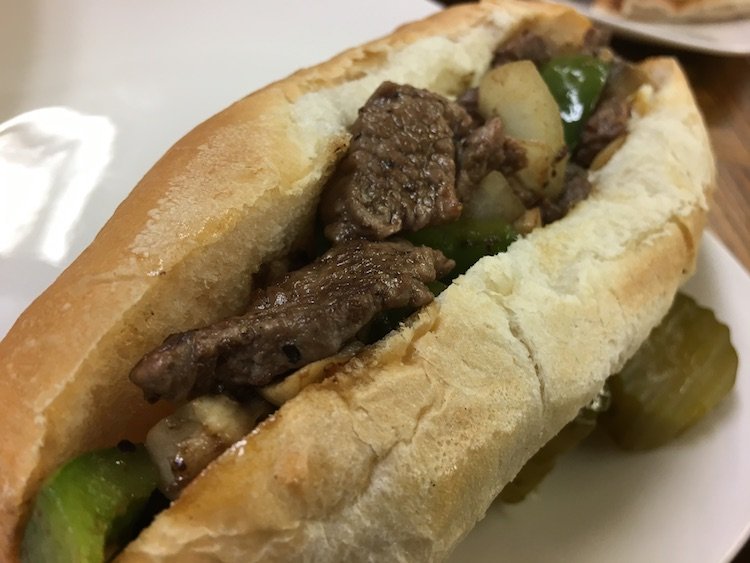 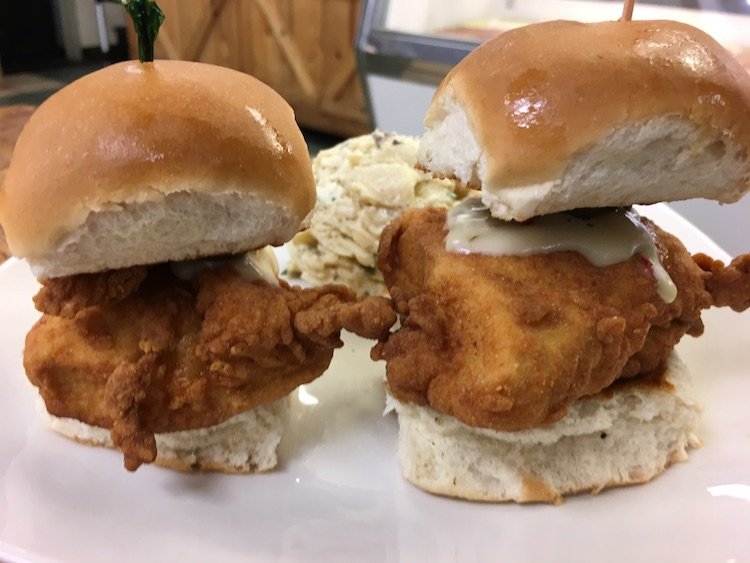 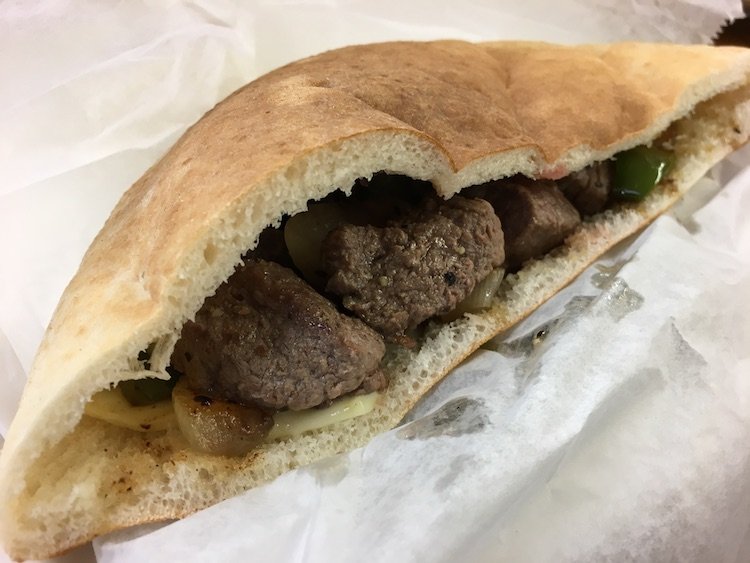