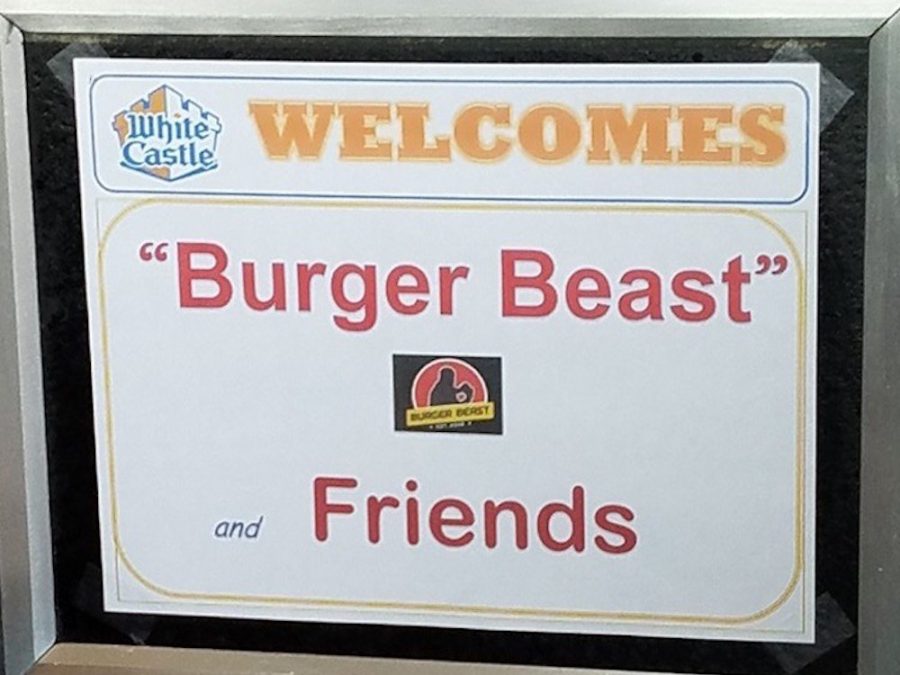 If you’ve been reading my blog or following my exploits on social media then you know there is a cast of characters aka friends that I’m normally grabbing a meal with.

Wondering who these folks are? Wonder no more as I give you a breakdown of who they are and how we know each other below.

Marcela is my beautiful wife. She is Nicaraguan which is why I’m all about that Fritanga life. Once upon a time, I was her boss when we worked together at Best Buy.

We have been together since July of 1998. She is the one who suggested I write a food blog and also chose the name Burger Beast. Where you find me, you are more than likely going to find her.

Where does Señora Beast come from? When I created her email address, I named it La Señora Beast, but now it’s just plain ol’ Marcela Beast. When I reference her in conversion with someone who has not met her, I call her La Señora Beast or The Boss.

The Fam aka La Familia

Whenever you find me at events there is a 99% I will be with some member of my family.

My dad is the man, just ask anyone who has tried his sandwiches. On occasion, he will make a killer Tortilla Española.

Where does Chewy come from? The entire family was together for a summer vacation and we were enjoying chocolate chip cookies. My dad kept mentioning how chewy they were so the name stuck.

My sister, Michelle is my number two. She understands me in ways that others don’t but unfortunately for her, she is often on the other end of big brother treatment from me.

My mom is the most important member of our family, she is the one that keeps our family unit together. She is also known for her flan and black beans & rice.

Where does Big Red come from? My aunt gave my mom that nickname one night when we were all having dinner together.

Freddy is my younger cousin, 7 years, to be exact. I love this guy to death.

On many of my earliest Burger Beast adventures, he accompanied me. If you’ve attended Burger Beast Feasts, he could always be found as one of the members of #TeamBB Fred recently moved to Punta Gorda, where he runs the kitchen at a drinking hole named Shenanigans.

Where does Chunktronics come from? As best as I can remember it, Freddy just gave himself that name one day and changed all of his social media handles to Chunktronics. We all loved it cause it has those retro 80’s vibes attached to it.

I met Ed shortly after he moved to Miami from New York. His family had the bad luck of moving to the 305 during the week of Hurricane Andrew.

He and I bonded over our love of movies, in particular Army of Darkness. This guy is my bro, which means we always have each other’s backs when it counts.

John Colella is another Best Buy connection. We worked together briefly. John and I wouldn’t become close friends until 2007 when my boss was at the MetroPCS store in Coral Gables.

He and I would shoot around ideas about Burger Beast back then during downtimes. A few months after I launched the blog, he and fellow Miami Meat Machine member Isaac visited Atlanta as part of the first Burger Beast road trip out of Florida.

John is the older brother I wish I had growing up.

Where does Cow Money come from? On one of our many road trips together, John slipped up and claimed that cows were worth about a million each. Ed and I have not allowed that one mistake to go away, so whenever we reference a wealthy person, we always say they have Cow Money.

The official team members of the Miami Meat Machine are Isaac, Ed, & John, with junior members like Chunktronics and Fredo. I don’t remember where the name came from, but I know it was created to give them as a group an identity.

It was first used on our trip to Ohio to visit White Castle Headquarters but the name is a reference to the Meat Machine from the film Midnight Madness.

When I first create this list in 2008 it was much longer and included all the members of the cast of characters as well.

The terms you find below will be found all of the Burger Beast site and if you ever run into my in person you are sure to hear a few of them pop up too.

is a shortened term for appetizers, the usage of it generally annoys me, but in a time crunch, it is shorter to say and type

are strips of deep-fried dough served in a greasy bag full of sugar, the general idea being that you shake the bag and get as much sugar as possible to stick to them

are meat and seasoning rolled into a stick formation, breaded, and then fried. Ed and I have affectionally nicknamed them Meat Sticks

is pretty much anyone who thinks they are better than you

is the short term for the Frita Cuban, also known as the Cuban hamburger. Generally, it’s a patty made up of a mix of ground beef and chorizo with Hispanic seasonings

a term I overuse when referring to pretty much anyone, i.e., Well, hello Mr. Good Life!

meaning just what it does except using my father’s pronunciation, used to agree with a comment, a favorite of mine

is my hometown, which I unnecessarily mention whenever the opportunity presents itself, including on a Travel Channel episode of Burger Land