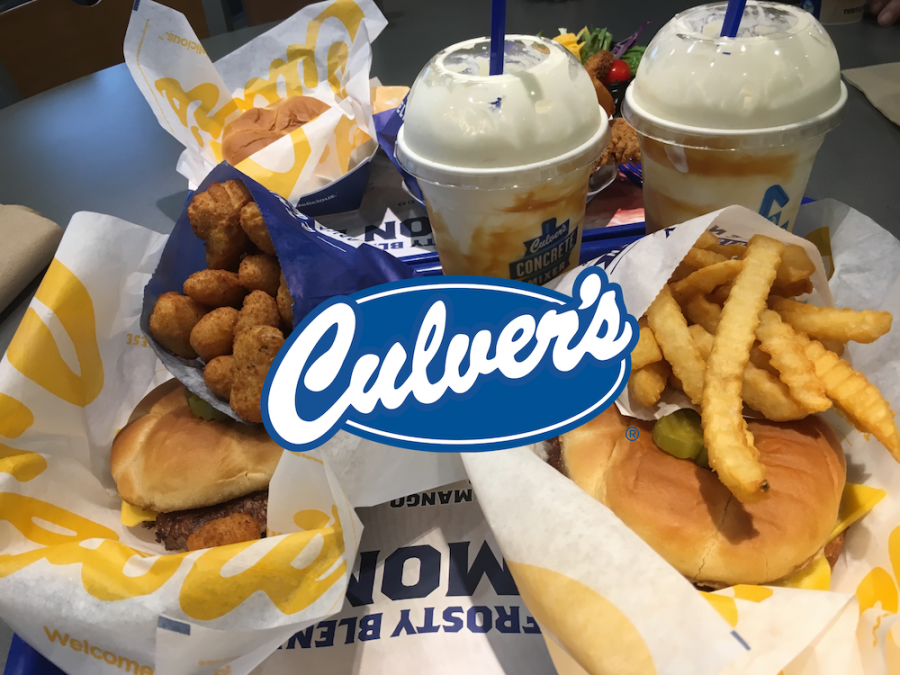 Since my initial visit to Culver’s ButterBurgers & Frozen Custard in Naples, I’ve eaten one of their ButterBurgers in a handful of states. And unlike some of the other burger chains I come across, I get excited like a schoolboy when one unexpectedly shows up on one of my travels.

During the mid-1980s, Fuddruckers was rapidly expanding across the US, but if you were in Sauk City, Wisconsin, then you might have been lucky enough to see the opening of the first Culver’s on July 18, 1984.

For almost ten years, you could only get Culver’s ButterBurgers and Frozen Custard in Wisconsin. They expanded slowly to twenty-five states over the following thirty-five years.

The first time I heard about Culver’s was from my late friend Spencer Block. He was from Wisconsin and mentioned them pretty much every time we spoke.

He wanted me to go to a Milwaukee Brewers game with him and then hit up Culver’s afterward, but it never came to pass.

I had been waiting for years to try Culver’s ButterBurgers. When I came across the press release with info about their imminent arrival in Florida, I was ecstatic.

All 3 locations (Naples, Port Charlotte & Ft. Myers) are on the West Coast of Florida, but that didn’t stop me from making the trek to the Naples location. The other two spots were still under construction at that time.

My cousin Fred and I made the drive into Naples (almost 2 hours by the way) and arrived just a few minutes short of 11 a.m. We discussed what exactly we were going to order during the drive.

Culver’s has a Giant Menu?

Once that giant menu was in front of us, it kind of all went out the window. There was no one in line behind us, so we had the luxury to take our time and order.

The first thing out of my mouth is, “I’ll take a number 2,” and the cashier looks at me, then looks at the menu board behind her, and then back at me. Yes, ladies and gentlemen, I asked for a #2 when there is no numbering system at all.

Worst of all, I didn’t catch my mistake. She was the one who told me there are no numbered meals. And then I wanted to crawl into a giant ball and roll into a river of cheese.

OK, I’m exaggerating; I took a cheap shot at myself, which made her laugh, so I rebounded pretty quickly.

Here was our order: Sourdough Melt (which I tacked on right after she gave us our total), Wisconsin cheese curds, and a Double ButterBurger Cheese w/crinkle cut fries. I stick to drinking cola or water with my meals, but I took this picture for those who are into it; Culver’s has their own branded Root Beer.

I made a big mistake when I ordered the sourdough melt. The cashier did ask if I’d like to double up the meat, but I turned her down. The patties are thin, so a double is essential to get a good burger flavor out of the sandwich.

I could pop those like candy all day, so please keep them far away from me. No, for real, keep them away.

This Culver’s BurgerBurger is a Beauty

This ButterBurger cheese was a beautiful little number; take a close look at the crust on that burger. The cheese is always nice & melty. We ordered it as a double, so now you could get a good grasp on that unmistakable fresh beef taste.

The bun was lightly toasted with butter, which came through just a little bit. I would have eaten a second if I wasn’t so full. On subsequent visits, I’ve become addicted to their sourdough melt.

The crinkle-cut fries are the best in the fast-food game, no discussion necessary.

We weren’t leaving without having one of their Concretes. A Concrete is a frozen custard mixed with a topping like candy or fruit.

We went for a small Nestle Crunch Concrete. It was pretty good, but I should have gone straight to vanilla for my first frozen custard experience at Culver’s.

If Culver’s ButterBurgers were in my neighborhood, I’d hit them up over any of the big 3. Hell, I would choose it over Five Guys Burgers & Fries any day of the week.

Damn you, Wisconsin cheese curds; I miss you already.

All About The Burger Book

*This is an excerpt from my book, All About the Burger: A History of America’s Favorite Sandwich.

You can buy a signed copy of my book All About the Burger from my store!