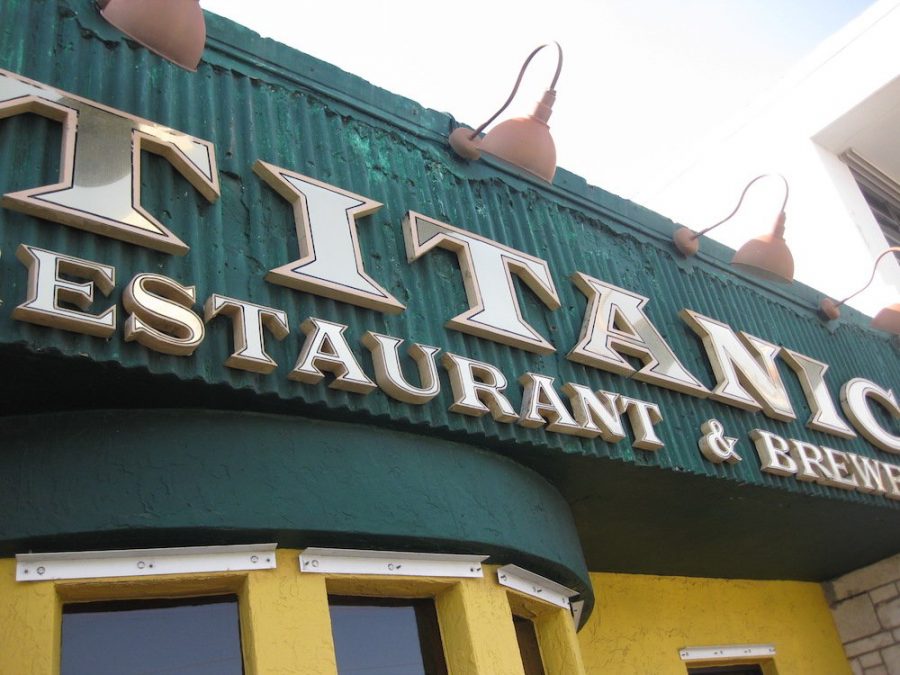 I love Titanic Brewery & Restaurant, and I’ve been eating and drinking beer there for years. Titanic Brewery (5813 Ponce De Leon Boulevard) was the OG before everyone joined the brewery bandwagon.

2020 would be the year when I would revisit and re-do many of the posts all over BurgerBeast.com. Many of which first saw the light of day more than a decade ago.

The original post has the dubious distinction of being the first time a salad made an appearance on this site. Also, notice how I had to explain what Sriracha is; that alone tells you how long ago I wrote this.

September 25th, 2009 – It’s been a good five years since I had eaten at Titanic Restaurant and Brewery in Coral Gables. Around the time, my friend Joakinn’s friend band Caravaggio was discovered by Sony Records while performing here.

If you were wondering (or maybe you’re not), they ended up recording an album that was never released. I remember eating the wings and fried mozzarella back then.

So naturally, when one of my oldest friends, Nelson, suggested we eat at Titanic, I thought of the mozzarella and chicken wings. The Sriracha wings at Titanic are my childhood friend Nelson’s favorite.

He’s a big fan of the Sriracha sauce on the wings. If you’ve never tried Sriracha, it’s a hot sauce with a bit of garlic flavor, and it has a bit of a slow burn. Nelson’s right; the wings were perfect.

The fried mozzarella was delicious and should somehow find its way onto a chicken sandwich. I have an obsession with making everything into sandwiches.

One of the cool things in Titanic is the Titanic Mug Club, of which Nelson is a member. Unfortunately, there are only a limited number of spots, and a few open up each year, allowing for new members to join.

There are discounts involved, and your mug is larger than the regular layman’s cup. Nelson explained the Freemasonry-like rules for getting in, but I was too busy enjoying the fried mozzarella to recall.

What about the burger? Nelson ordered a salad on the side. I needed to mention this in the hopes someone mocks him for it.

He had the Essential Burger (I don’t think anyone had any sleepless nights coming up with this name) with Swiss cheese and sauteed onions. So what did little ole’ me have?

The Essential Burger, of course. Well, that’s cause there’s only one burger on the menu. So unlike some people I know who eat a salad with their burger, I ordered a double with cheddar cheese.

It was a solid burger. The Essential Burger is your standard pub burger but done right.

Not that there’s anything wrong with that unless, of course, you order it with a salad. Then we have a situation.