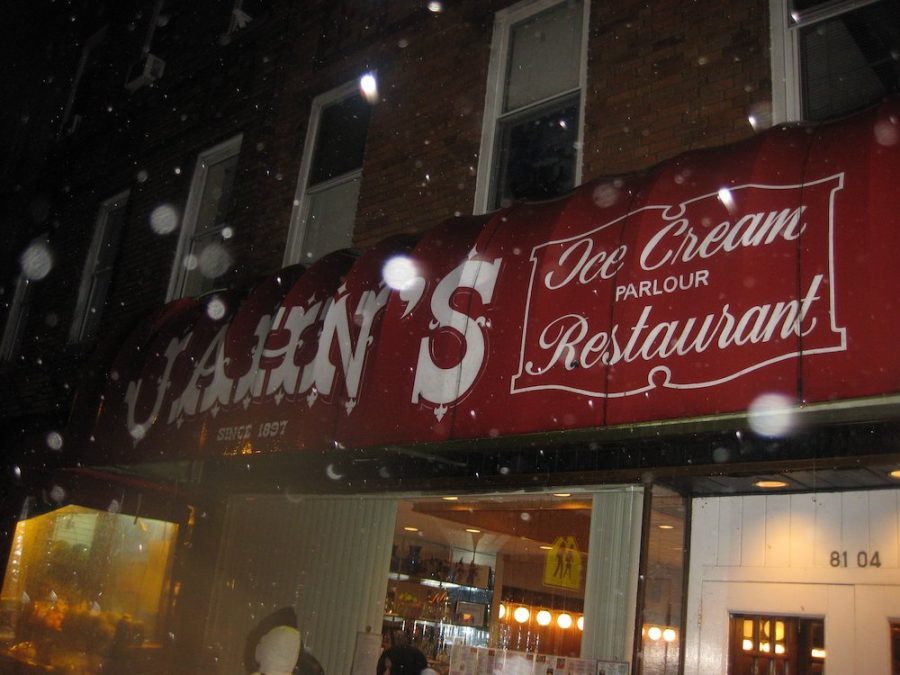 Jahn’s is an old-fashioned ice cream parlor chain that was born in New York. The huge Kitchen Sink Sundae was their signature dessert.

I’m not sure exactly as to the dates of operation in South Florida, but the first location opened in the Bronx, in 1897. By the 1950’s Jahn’s Ice Cream Parlor had spread to other parts of New York, New Jersey, and the two South Florida locations.

I stumbled across the last Jahn’s restaurant (81-04 37th Ave, Jackson Heights) when I was in New York. With its wood grain panels and dodgeball-sized lights lining the wall, Jahn’s sets the mood for an old-school ice cream shop.

We arrived near 10 PM during a rainstorm, and while everyone in my party decided to have some sort of dessert, I opted for a burger, duh. Their BBQ Burger has an American cheese slice melted on the bottom and top bun; well at least mine did.

Some BBQ sauce, bacon, tomatoes, and a couple of onion rings completed the sandwich. This is your standard diner burger. It will satisfy your late-night burger cravings, at least it did for me.

As a late-night plus, they have an extensive dessert menu to look through and indulge in.

More Last Restaurants of a Chain