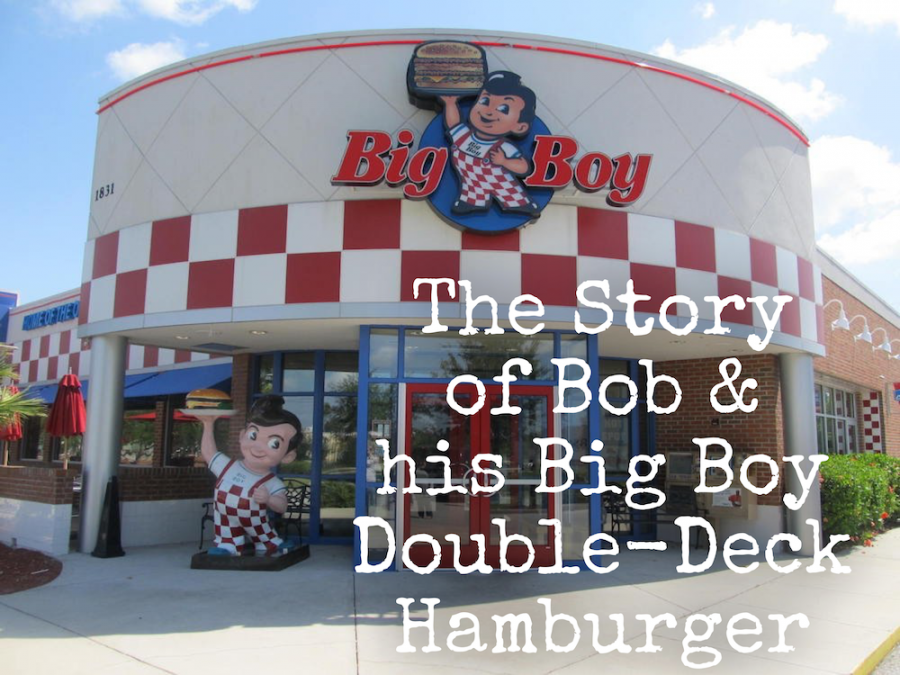 Bob’s Big Boy founder Bob Wian started at the bottom. Shortly after graduating from high school in 1933, he took a job at the White Log Coffee Shop in Los Angeles. He worked his way up from dishwasher to fry cook and then to manager.

His boss at the time, Davis W. Wood, would later become the purchasing agent for the Bob’s Big Boy chain. While at the White Log Coffee Shop, Wian learned their entire system of operation, from pricing to their use of a central commissary for all of their locations.

Wian believed he could build a better mousetrap.

He was adamant about gaining restaurant experience. So, he quit his management job and went back to an entry-level dishwashing gig at Rite Spot.

Wian also learned the fry cook and counterman stations. The Rite Spot offered curb service, and Wian’s younger sister was a carhop there.

Food Service is Where It’s At

It was at Rite Spot that he learned how important consistency is in food service. The man who hired Wian at Rite Spot was Leonard A. Dunagan, who would later be the vice president and general manager of the Bob’s Big Boy company.

I guess it paid off to be kind to Wian.

Wian had been saving up his earnings to open up a place he could call his own. He came across a ten-stool stand located between a nursery and a liquor store in Glendale, California.

After selling his DeSoto Roadster for three hundred dollars, he used the proceeds to buy the store. Then, he borrowed fifty dollars from his dad for supplies.

Many of the dishes on the Bob’s Pantry menu were “inspired” by dishes from his previous places of employment and restaurants that he frequented, like White Log’s pancakes and C.C. Brown’s Ice Cream Parlor’s hot fudge sundae. The red hamburger relish from Rite Spot found its way onto the creation that would catapult Bob’s Pantry into the world of burger legend.

In February 1937, members of the Glendale High School orchestra were having their usual burger meal when one of them asked for “something different, something special?” as he recalled in an interview for the Milwaukee Journal on December 16, 1958.

It was that day that he created a sandwich that has been imitated a million times over, the original double-deck hamburger.

The original double-deck hamburger had a sesame bun that was sliced twice to create a middle piece of bread. If it sounds familiar, it’s because it has had hundreds of restaurant imitators, including the most famous one, McDonald’s Big Mac.

I’m going to use McDonald’s Big Mac lingo for the next paragraph: the bottom bun is the heel, the middle one is the club, and the sesame-seed top is the crown.

The heel was topped with a two-ounce beef patty, a slice of American cheese, and one and a half ounces of shredded lettuce with mayo, in that order.

The club was placed on the bottom two-ounce beef patty.

The upper half was stacked with red relish (sweet pickle relish, ketchup, and chili sauce), another two-ounce beef patty, and mayo, with the crown on top.

There are two different stories about the origins of the Big Boy burger name.

One involves a chubby six-year-old named Richard Woodruff who helped out around Bob’s Pantry. He was paid in burgers. A short time after the double-deck hamburger’s creation, Wian called Woodruff “Big Boy,” and the name stuck.

There’s also the rumor that Woodruff was originally nicknamed “Fat Boy,” but the name couldn’t be used because of a Fat Boy’s Bar-B-Q restaurant, so they chose the next best thing, “Big Boy.”

The original sketch for the iconic Big Boy character with the checkered overalls and burger in hand was drawn by Warner Brothers animation artist Ben Washam.

The Big Boy character would become as much of an icon as the sandwich. The large statues outside of restaurants would famously be stolen or kidnapped by pranksters.

The Big Boy led to a favorite line of merchandising that exists to this day. I still remember owning a Bob’s Big Boy bank when I was a child.

After an expansion of the original location, curb service began at both restaurants. Bob’s sister Dottie moved over from Rite Spot to be a carhop at her brother’s establishment.

Bob was licensing to these franchisees the opportunity to sell his Big Boy double-deck hamburger, but not to use the name of “Bob’s Big Boy.” This is why you normally found the words “Big Boy” proceeded with the possessive form of the owner’s name.

How many exactly were there? Well, let’s see. There was this many:

I’m not even counting all of the chubby-kid imitator restaurants that sprouted up to try and catch some of that Bob’s Big Boy magic.

According to an ad in the Van Nuys News on November 7, 1951, Bob’s Big Boy had sold 2,600,000 Big Boy sandwiches with eight locations in operation.

In 1956, the original Bob’s Big Boy location received a facelift and remodel. The newly designed and rebuilt drive-in, designed by architects Wayne McAllister and William C. Wagner, could now seat ninety customers inside along with fifty-five parking spaces outside for carhop service.

Unfortunately, the landmark building was torn down in 1989 to make way for a mall.

Back then, they were primarily a food service company that also owned Hot Shoppes restaurants and seven hotels at the time of the merger. Marriott actually started as a root beer stand in 1927, but that’s a story for another day.

Bob is Still the Boss

Bob continued as president of the new “Big Boy Restaurants of America” division until his resignation in May 1968. Marriott began a rapid expansion of Bob’s Big Boy that combined opening new locations with purchasing franchises like JB’s, Ken’s, and Manners’ stores.

Elias Brothers purchased the Big Boy trademark from Marriott in 1987. Marriott, however, kept the Bob’s Big Boy name and the 208 Bob’s Big Boy restaurants in operation.

On December 18, 1989, Marriott announced that it was restructuring and focusing on its hotel brand. All of their Allie’s (32 locations), Bickford’s (31 locations), Bob’s Big Boy (235 locations), Howard Johnson’s (57 locations), Roy Rogers (358 locations), and Wag’s (79 locations) restaurants would be sold.

In late January 1991, 104 of the Marriott-owned Bob’s Big Boys in California were sold with the plan for them to be converted to either Carrow’s or Coco’s restaurants. The rest of the Bob’s Big Boy locations were sold off piecemeal over the next few years.

In 2000, Robert Liggett purchased Big Boy Restaurants International from the bankrupt Elias Brothers. Shortly after that, Liggett made a deal with Frisch’s Big Boy where he paid out $1.2 million for franchise rights in the states of Florida, Kansas, Oklahoma, and Texas.

Frisch’s would have the exclusive Big Boy rights in Indiana, Kentucky, and Ohio, excluding the Cleveland area.

If you ever find yourself in Downey, California, the Bob’s Big Boy location is known as Bob’s Big Boy Broiler, a drive-in restaurant with a Googie-style coffee shop. The building was originally erected in 1958.

In its previous incarnation, it was known as Harvey’s Broiler and later as Johnie’s Broiler. In 2002, the State of California’s Historic Resources Commission registered the building as a Historic Landmark—which meant it was off-limits for tearing it down.

On Sunday, January 7, 2007, the current tenant of the property began to tear down the building without any permits. Police stopped the illegal demolition, and the fella responsible for it was later charged with five misdemeanor charges for his trouble.

Out of this debacle, one hero rose from the ashes. Jim Louder, owner of Bob’s Big Boy in Torrance, signed a ninety-nine-year lease with the property owner with help from the Downey Historical Society, and Downey’s Redevelopment Agency rebuilt it.

Whatever parts of the structure survived from the demolition were incorporated into the new restaurant. The original blueprints were used to keep it as authentic as possible.

In Japan, you can find Big Boy restaurants, but there is one noticeably absent thing, their signature burger. That’s right; there are no Big Boy Double Deck Hamburgers on the menu at Big Boy locations in Japan.

The last location of approximately 26 Azar’s Big Boy restaurants recently shut down its doors. My wife was able to snap a couple of pictures when we were in Fort Wayne, Indiana but alas, we never ate there.

Frisch’s and Shoney’s Big Boy restaurants were all over Florida during the 1960s and 1970s. Then, there was a good twenty years where Florida had no Big Boys.

Right around 2005, a Big Boy opened up in Sanford, Florida, and only lasted a few years.

I’ve visited a few Frisch’s Big Boy locations in Kentucky and Ohio and I suggest you do the same.

For You Big Boy Lovers