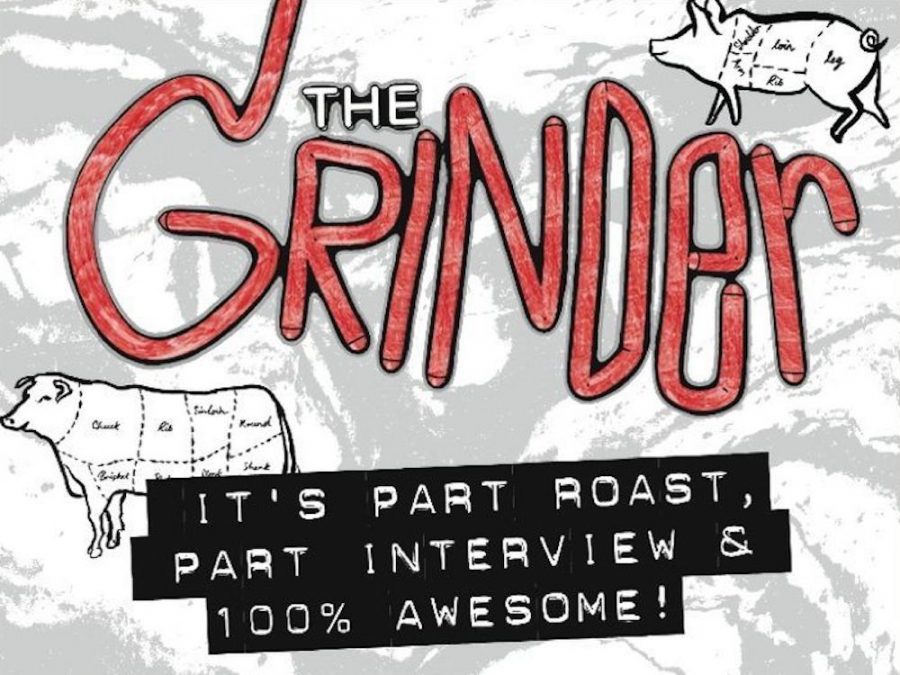 Burger Beast’s The Grinder began its life as a written Q&A with burger industry folks. This new video version is one part interview and another part roast.

We filmed the original episode in my parent’s garage. All other subsequent shows were filmed in my home office.

All of the guests did not know what they were gonna be asked. But hey, those are the breaks if you’re gonna be on Burger Beast’s The Grinder.

maybe I even thought there was indeed some small possibility of a “good time”– but I surely had reason to know better. I did know better. But I walked straight into the grinder anyway.

When I wrote a story for edible South Florida about the Frita Cubana, I interviewed Mercy Gonzalez and her husband Gino about El Rey de las Fritas for over 2 hours. We talked a bunch about the history of the Frita Cubana in Miami and how her late father Benito had started cooking them originally in Cuba.

It was fascinating for a frita fan like myself.

Her passion for the family business really caught my attention, which her father had instilled in her. She cares about her customers, about the product she sells, and about doing everything just like her old man taught her.

You possibly won’t meet a more honest and hard-working restaurant owner than Mercy Gonzalez. Oh, and she’s also got a great sense of humor, which is why I asked her to be on Burger Beast’s The Grinder.

I learned about George Motz through his documentary & book of the same name, Hamburger America. George was one of the first people I emailed when I started the Burger Beast blog, and from there, we became fast friends.

I introduced him to the wonderful world of Frita Cubanas, and he fell in love with them instantly. George was in town filming the Travel Channel series Burger Land, so he stopped into my home for Burger Beast’s The Grinder.

I walked into Sakaya Kitchen in late May of 2010, not sure what to expect. It wasn’t until my second visit there that I met Chef Richard Hales.

I fell in love with his food, particularly the Bulgogi Burger and the Honey Orange Ribs. We talk about his growing empire, but the persona behind the food is complex and very opinionated.

It makes for another great episode of Burger Beast’s The Grinder.

Lee Schrager, the director of the South Beach and New York Wine & Food Festival and co-creator of the Super Bowl of burger, Burger Bash.

He and I bonded over our mutual love of patty melts while we were eating the worst potato pancakes of our lives. The next time we met, he insisted that I have a quiche, which I did (and now love).

But it’s his love of fried chicken that really fascinates me, as you’ll find out on this episode of Burger Beast’s The Grinder.

I first ate at PINCHO in November of 2010. I also met owner Nedal Ahmad that same day when he offered to put ketchup on my hot dog.

Since he introduced himself as originally from Chicago, that struck me as weird. It’s a big no-no in that city. That one comment has caused him my never-ending torment.

The rapport I built with him over the following years resulted in an invitation to be my first guest on Burger Beast’s The Grinder.