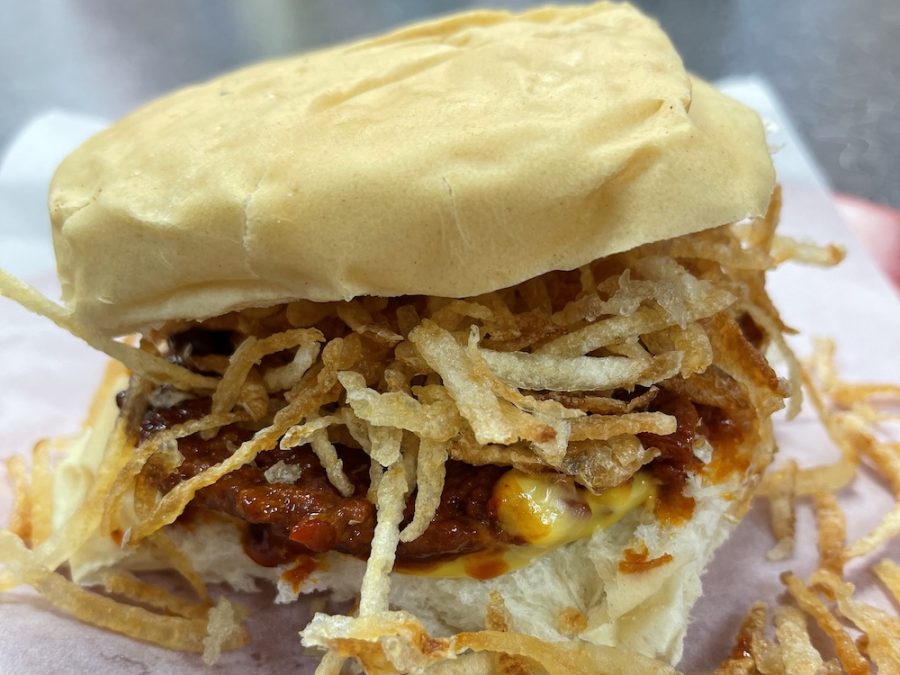 El Rey de las Fritas is an iconic restaurant that makes its home in Miami, Florida. Their signature sandwich is the Frita Cubana or Cuban Frita, known to some folks as a Cuban Burger.

The Frita was a street food in Cuba sold out of a “puesto,” similar to our hot dog pushcarts. The small sandwiches would migrate to Miami in the early 1960s, where specialty shops would continue spreading the good word of the spiced burger patty.

Before we get into all the food pictures, here’s the history of El Rey de las Fritas to get your meaty motors running.

Victoriano “Benito” Gonzalez sold the Frita Cubana in Placetas, Cuba until 1968. Before founding El Rey de las Fritas in 1979, Benito was the chef at Palacio de las Fritas. The original El Rey location was right off of Coral Way.

In 1982, the former Fritas Domino restaurant location (1177 SW 8th Street) in Little Havana would fall into the hands of Benito. His brother-in-law Ortelio Cardenas moved from New Jersey to help him run this new spot.

Ortelio, who had never worked in the food business, decided to make a career change. Benito taught Ortelio everything he knew about the food industry.

El Rey de las Fritas in Little Havana would popularize Fritas outside the Cuban community. At El Rey, Ortelio added cheese to the Frita to Americanize it.

Shortly after closing the original spot, Ortelio would leave the establishment to open his El Mago de las Fritas in West Miami.

Just an FYI: Fritas with cheese are frowned upon by hardcore and old-school Frita fans.

The King Must Expand

Benito’s frita palace would flourish and open another location in Hialeah. But unfortunately, he would pass away in 2005, creating a legacy many Miamians hold close to their hearts. The business was left in his family’s (wife Angelina, son Yamil and daughter Mercy) more than capable hands.

Angelina runs the original Calle Ocho location. Mercy and her husband Gino fluctuate between the locations in Hialeah and Sweetwater. Yamil’s restaurant is on a busy strip mall corner in the Westchester part of Miami, where I grew up.