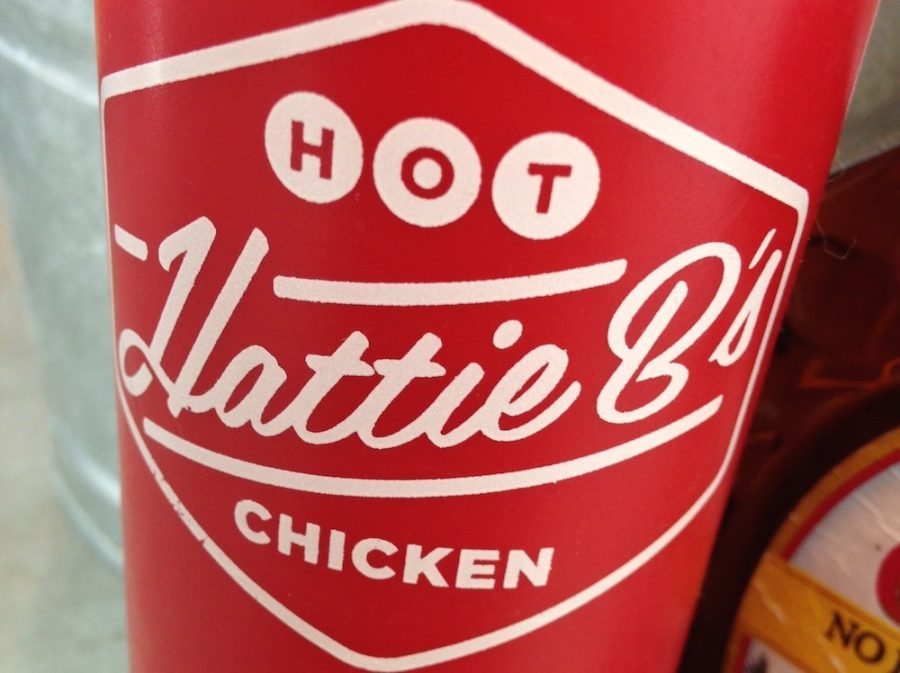 If you don’t know of the Hot Chicken revolution, then you’re missing out on one of the South’s greatest culinary treasures. In Nashville, Tennessee, Hot Chicken (spiced up fried chicken) is a thing.

On the Sunday & Monday, we were in Nashville, the originator of hot chicken Prince’s Hot Chicken Shack does not open. Our (my wife Marcela and I) plan of attack in Nashville included visits to Prince’s and Hattie B’s, which now left Hattie B’s as our only one. We decided to hit up Hattie B’s (5209 Charlotte Pike, Nashville) right when it opens at 11 AM. Our hotel was right around the corner, and by the time we arrived, it was 11:01 AM.

A full minute late, yet there were already almost 60 people lined up to get in. There went that plan. I remembered there was another location, and we drove over there. Only five folks in front, this we could handle.

What to order at Hattie B’s?

Marcela orders Small White (breast & wing) Chicken & Waffle in the mild/medium heat level. Of course, I had to be a little more daring, so I ordered the Large White (2 breasts & wing) in the Hot! Heat Level. I knew I couldn’t leave Hattie B’s without at least sampling their most intense heat level, so I ordered three chicken tenders in Shut The Cluck Up!!!. We also ordered some sides, Pimento Mac & Cheese and the Red Skin Potato Salad.

I never tasted the waffles, but Marcela seems to enjoy them immensely, but without a doubt, the Hot Chicken was the real star. It was crispy on the outside, moist and flavorful on the inside. I can say now, looking back on it, that Hot is the perfect Heat Level for the Hot Chicken.

That Shut The Cluck Up murdered me. My scalp was sweating, and my mouth was burning. It’s a good thing I had the Pimento Mac & Cheese and Red Skin Potato Salad to shovel in my mouth in an attempt to cool the pain off. Both were excellent, by the way.

I am now in a current state of infatuation with Hattie B’s Hot Chicken. I plan to write them love letters, and if they don’t respond well, then I’ll have to make the 13 1/2 hour drive to visit. A year later I returned and was able to eat one of their phenomenal Hot Chicken Sandwiches.

P.S.: The Banana Pudding, besides being great, is also a perfect palate cleanser.