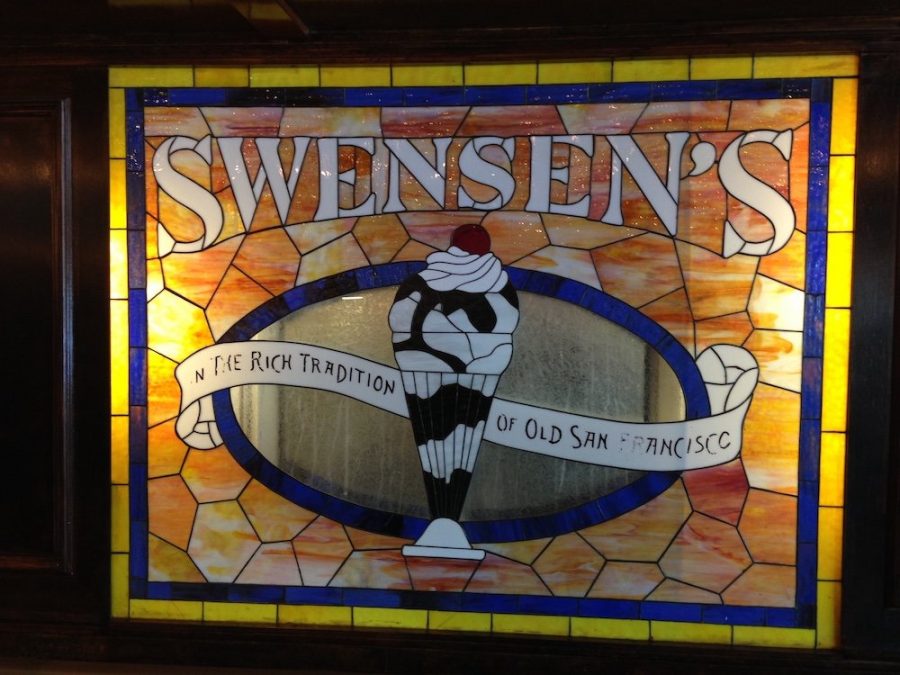 I love eating at Swensen’s Grill & Ice Cream Parlor. Ok, normally, I wouldn’t use its formal & entire name. My family and I call it Swensen’s; it kinda rolls off the tongue better.

All kidding aside, my parents brought me to eat at Swensen’s (1586 S Dixie Highway, Coral Gables) in the early 1980s when I was just a little beast. I fell in love with the retro atmosphere and diner food.

As I became an adult, I would drop in here and there. The food had been suffering for a long time; the ice cream was holding strong, though.

After a new chef’s menu overhaul in July 2015, Swensen’s food was back, baby! The desserts menu stayed pretty much untouched, which was a good thing.

Marcela and I still like to visit a couple of times a year to share a dessert (if she lets me) or have lunch if we happen to be in the area. You might consider doing the same.

June 23rd, 2015 – I stopped in at Swensen’s (opened in 1978) a few weeks back. The last time I wrote about them was almost six years ago. I noticed some changes to the food, and it turns out that they have a new Executive Chef.

Who is it? None other than Chef Alex Parra (formerly of cult-favorite A&G Burger Joint) has taken over the kitchen and revamped a good majority of the menu.

I asked him what his plans were when he first arrived at Swensen’s. He told me that he wanted to take a good menu and make it excellent by using high-quality ingredients and adding a twist to things like what he did at A&G Burger Joint.

The full new menu will not be available in its entirety till Tuesday, July 7th, 2015. However, if you stop in at Swensen’s between now and then, there will be different specials that are part of the upcoming revamp.

So, yes, there are a bunch of new dishes coming to Swensen’s; my favorites were the buffalo wings, the hand-breaded chicken tenders, and the Burger Melt (it was also my favorite at A&G Burger Joint).

November 13th, 2009 – Swensen’s Ice Cream Parlor & Restaurant has been around forever. I remember my parents bringing me here as a kid for Ice Cream after dinner.

Now, I’ve never really been a big Ice cream fan, but every once in a while, I’ll have the urge to eat some. Marcela, on the other hand, is an ice cream deviant. No ice cream is safe in our house.

My pal Jarce and I originally wanted to eat at the new Five Guys location that had just opened, but it was ridiculously packed when we drove by. We were less than one block away from Swensen’s and it’s been a while since I had some Swensen’s.

Here’s a fast fact, Marcela and my obsession with Frank’s Red Hot sauce can be attributed to Swensen’s. It was here that we fell in love with the hot sauce they were using. The waitress told us it was Frank’s Red Hot. We had never heard of it, but now we can’t live without it (that’s a bit of a stretch).

Alright, getting back to the story at hand, Swensen’s now has some new burgers on the menu. Jarce orders the BBQ Burger (he’s a big-time BBQ sauce ho), and I decide to try the Horseradish Burger. We also order their appetizer platter. One thing I’ve never understood about some restaurants and their appetizer platters are the weird quantities of food.

This platter had four chicken wings, three mozzarella sticks, two chicken tenders, and five onion rings. I felt as if we were playing Fantasy Baseball; we’re trading items with each other. “Ok, I’ll eat the Onion Rings, and you’ll have more Chicken Wings.” Everything on the platter was pretty standard stuff except for the wings. They were nice, crispy, and of course, they were served with Frank’s Red Hot.

Jarce loved his BBQ Burger. It had a couple of onion rings, bacon, cheddar cheese, and BBQ sauce. He was so in love with the BBQ Sauce that at one point, he was using it as lip gloss (kidding!).

The Horseradish Burger had Monterey Jack Cheese &; Scallions. Their homemade Horseradish Sauce was a pleasant surprise. I’ve had burgers here before, and they didn’t taste like that.

The burger was better than any ice cream parlor has any business serving. We didn’t make it to dessert, but then again, Marcela wasn’t with us this time.